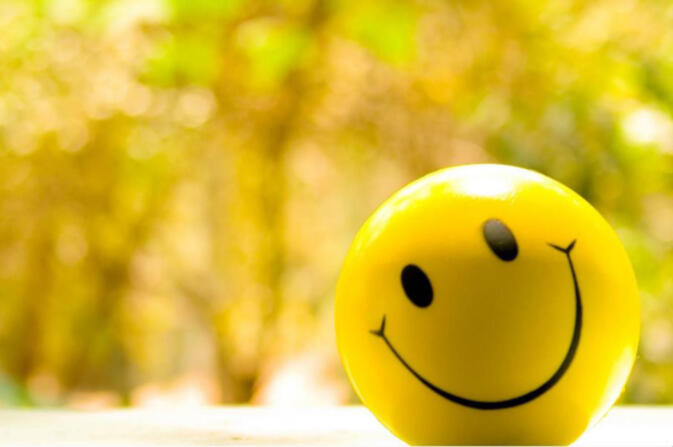 Each year the news magazine Oriental Outlook releases the results of an extensive city 'happiness' survey, with information compiled from around the country. Earlier this month, the outcome for 2017 was released, and the Spring City — seen by many as a generally laid back and comfortable place to live — did not crack the top 20.

Instead, Chengdu, Kunming's regional big brother of sorts, came out on top for the second straight year. Sichuan's capital city beat out other cities such as Hangzhou and Ningbo as the happiest place in China. The final rankings are based on surveys reputedly filled out by millions of participants each year.

The happiness algorithm is apparently a closely guarded secret, as Oriental Outlook did not even bother to publish the results on its own website, much less disclose its methodology. Instead, state media outlet Xinhua reported the outcome, stating that over the past 11 months 13.95 million respondents had completed a related survey.

The full list of China's happiest cities includes winner Chengdu, as well as the 10 other 'finalists' Hangzhou, Ningbo, Nanjing, Xi'an, Changchun, Changsha, Taizhou, Tongchuan and Xuzhou. Most of the cities included are clustered around the Yangtze River, with very few, save the winner, from the northern or western regions of the country.

Input for the survey is spread across 50 'indicator categories'. These include such things as a given city's overall levels of education and income, healthcare options, environmental protection and availability of public services. Other related factors such as levels of public safety, outlook on the future, employment options and legal services were also considerations.

Kunming was left out of the top 20, perhaps because residents are still grumpy and smarting over their collective failure following a months-long and incredibly expensive effort to win the coveted title 'Civilized City'. Either that, or there was a communal goal to maintain the Spring City's low profile and not share our admittedly uncivilized, but pleasant, town with anyone else.

It's worth mentioning that Chengdu and Hangzhou have won almost every year. Both are OK but neither would get my vote.

Chengdu... yeah right. Probably ranked somewhere in the thousands on a global scale. Obviously a survey of perception and not reality.

In Chinese context, Chengu has still been boasting GDP growth in the double digits or very close anyway, and while few will admit that money brings happiness, increase in GDP will translate to some degree of hope and positive vibe among the Chinese residents.

In national level, China's double digit days are over, but they were there anyway at some point. Was it ever so for Kunming? (not that I know if it still is)

I tend to agree with JanJal on this one. Financial security and the peace of mind that comes with it, may be a more important factor in some cultures than it is in others.

On an international level of comparison, China is ranked 79 on the World Happiness Report 2017 for the UN high meeting. Trailing countries like Serbia, Kazakhstan, Russia, Uzbekistan, Kuwait, Saudi Arabia, Libya, and Kosovo. Despite China's relative higher GDP, the income gap between the rich and poor is ocean's apart.

Recent trends show that more Chinese rural migrant workers, who came to the cities for opportunities, are now heading back home. It's difficult to be happy when you're barely scraping by, which is why if you're economically able, pack some gratuity red envelope for your apartment cleaning lady this coming Lunar New Year. I'll give mine 100 yuan. At the very least shine them a smile from time to time to show your appreciation.

Yes, I agree that China is far behind many countries, and when measuring happiness in international level, money starts to play less important role.

China has obvious disadvantages when it comes to civil liberties and democracy for example. People in countries that are arguably better positioned in those aspects, that knowledge alone will make them feel better about their own lives - even if financially they would not fare relatively any better than average Chinese.

But these awards in OP were limited to Chinese cities and I assume to Chinese respondents (by huge proportion anyway).

If people are grumpy about the "civilized KM" campaign, it is probably because said campaign made everyday life far, far, less convenient. Eg, fences at the subway stops making it nearly impossible to hail a taxi, or the near impossibilty of buying an er kuai.

Perhaps some cities hand out larger hongbao to the surveyors?

Good points all around. The reason why I brought up China's heavily skewed income gap is because it's human nature to compare oneself relative to others.

For example, if say, your monthly salary was only 3,000rmb, but all your friends & acquaintances in your Wechat friend circle earned half that amount in addition to divorcing & being laid off, you may be content with your current situation.

On the contrary, if your income was 6,000rmb, but everyone on Wechat are constantly sharing photos of lavish family vacations aboard w/children, buying luxury sedans and villas. while you're stuck living alone riding Ofos, your happiness scale may perhaps tip the other direction.

Beyond "civil liberties and democracy," my point is that the vast majority of disgruntled Chinese rural-to-urban migrants (who've missed the wave of rising upper middle income class) are experiencing similar standard of living discrepancies in inner cities. All more conspicuous in the age of social media and selfies where mostly the good are boasted while the bad are not revealed. This illusion of relativity takes a toll on one's perceived happiness.

"Oriental Outlook did not even bother to publish the results on it's own website, much less disclose it's methodology."

Subjective reports of happiness mean something, but I'm not sure what.

The survey should be named "the least grim city." The fact the sky is always grey alone makes it a depressing place to be. As for the growing economy there, well.... best skip the poverty part eh? Anyone have a link to the full report?

I'm curious what people have against Chengdu. Not a place to go for the weather if that's the only thing you care about, but otherwise definitely one of my personal favorites. The reason the city is growing so fast could very well be because it offers good opportunities and has great city planning. The relation with money doesn't have to be that simplistic.

@bilingualexpat:
>> it's human nature to compare oneself relative to others.

By that logic, most people would struggle to be content anywhere in the world because there is no shortage of people around you that have better circumstances no matter where you live. That's precisely one reason why articles like this are a joke. External circumstances are only responsible for our psychological well-being to a certain degree. After that, it's our thought processes, the decisions we make to better our own lives, even though our lives may never be as good as The Kardashians, and being content with that.

Of course material wealth is not the only measure, but it affects many other measures, and is a predominant feature in a capitalist system.

Perhaps it is human nature to want more than we have now, in capitalism this includes having more than the guy next to us. If we have more now than we had before, there is likely to be a sense of achievement/progress/increased security/satisfaction/happiness in that fact alone,. It is also a very simple qualitative measure for almost anyone.

Q. Do I have more than last year. A. Yes/no. If yes, has my relative position compared to my neighbors also improved? Am I content/happy with this?
In reality the questions are not even asked, they are not even out there, but they are part of the zeit geist. In cities with stronger economic growth the answers to the questions are going to be yes for more people. Chengdu is such a place. It is only when the personal costs of achieving this wealth are perceived to outweigh the advantages of the new wealth that people start to question it, but that comes later.

China isn't like most places. With the highest rural-urban migration the world has seen, the Mainland's pronounced income inequalities among its citizens are visibly magnified via the internet-breaking WeChat revolution...

it's one thing to see The Kardashians partying from Bora Bora to Ibiza, another to see your rival siblings, coworkers, and/or best friends there without you.

But maybe you are idolizing the wrong role models. Why is The Kardashians even broadcast on TV? Maybe there is a sinister reason behind it .. to make you crave a lavish lifestyle ... but maybe this is not what you really need or in your best interest.

This morning I was strolling at a nearby park. Squirrels were chasing one another amid the trees fighting over territory. Like us, our mammalian primates and kin have been coveting neighbors' goods for eons... the innate struggles to optimize survival and to ensure the passing of one's genes.

Social network of friends & acquaintances have virtually triggered that hard-wired instinct, inadvertently opening the Pandora's box of emotions which govern our actions and states of being. Happiness depends on keeping that proverbial lid closed.

Social cooperation is also hard-wired into the individuals of an innately social species such as ourselves, without which the individuals of our species would not have survived to pass on any genes..Rouseau's 'noble savage' never existed, both he and Hobbes were wrong.

'both he and Hobbes were wrong.'
Ha! Sure glad I found a conclusive answer to that particular political question during my lifetime. However, if you're a student of politics in a half decent university reading this, I would advise against using this thread as a reference.

According to criteria for the survey the actual results are as follows:

I won't comment any further because it's off topic. But someone should start some sort of "philosophy" thread.

@bilingualexpat ... not sure about squirrels .. but by the grace of god go you or I ...