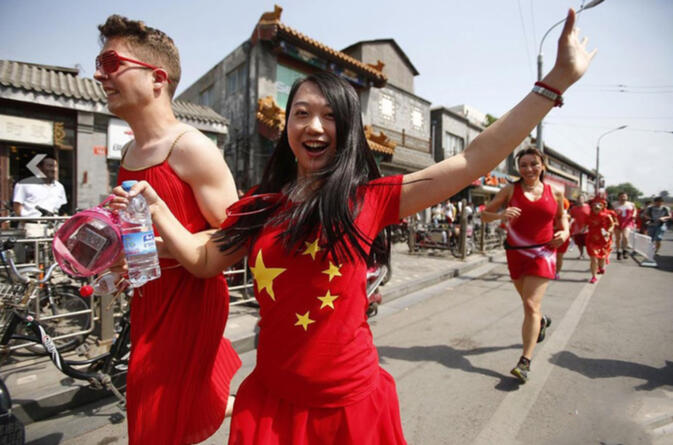 The Kunming and Chenggong groups of the Hash House Harriers will be donating all proceeds of our run this Saturday to the local charity WeForShe. This is a women's support group led by women and serving women. We welcome anyone who would like to help this great charity out, see some amazing scenery in Chenggong, drink a few beers and get some well-deserved exercise to please join. Just don't forget to wear your red dress!

The race will commence from the Chunrong Station one Metro Line 1 in Chenggong at 1:30pm, Saturday, April 20. All participants must donate 150 yuan, which covers drinks, dinner and a charity donation. If you would like to donate in advance, search WeChat for 'KY Queen'. Come join us for an afternoon of fun, silliness and charity in Chenggong!

Over the past three years, WeForShe have held discussions and meetings, in which more than 900 people have participated. They have formed a support network for girls and women, encouraging them to pursue educational and personal growth goals, while also providing help in urgent situations — typically instances of domestic violence.

WeForShe have also worked with public and private schools on sex education initiatives, collaborated with other NGOs and organizations to help prevent instances of domestic violence and advocated for sex worker rights. Issues like LGBT rights, sexual assaults and harassment are also top issues. 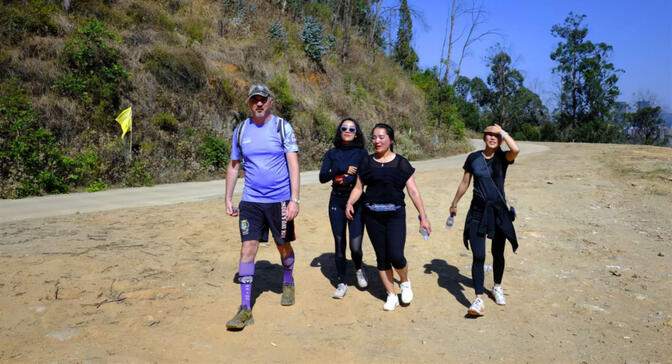 More on the Hash

The Hash House Harriers (HHH) is an international group of non-competitive running social clubs. Events are organized by individual clubs and participants are called 'Hashers'. The person leading the trail is called the 'Hare'.

The Hash began in Selangor, Malaysia in 1938, when a group of British colonial officers and expatriates began meeting on Monday evenings to run in the jungle to rid themselves of their weekend excesses. The Hash was revived after World War II in Kuala Lumpur and a constitution was written which most clubs still follow. The club's core tenents are: 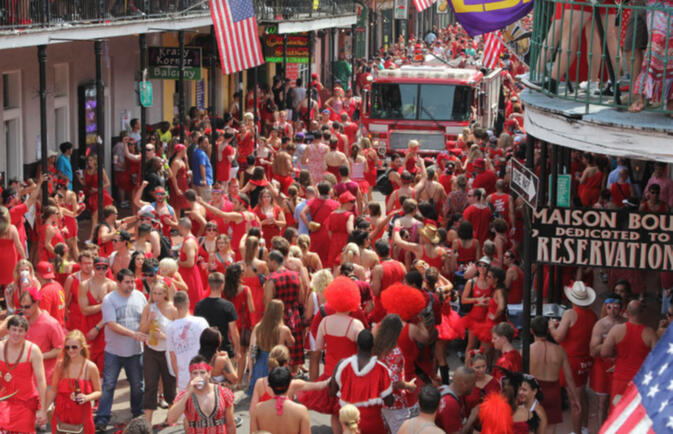 Why the red dresses?

A Red Dress Run is a special event which is hosted by Hash chapters throughout the world in aid of local charities. The idea for the run springs from an incident in 1987 when Donna Rhinehart was taken to a hash in Long Beach California. As she was wearing a red dress, run organizers asked her not to participate. Instead Rhinehart joined the Hash.

The following year, the San Diego Hash House Harriers sent Rhinehart an airline ticket to attend the inaugural Red Dress Run. Hundreds of hashers wore red dresses for the event which was widely covered by local media. In addressing the crowd, Rhinehart suggested that such hashes might be held to raise funds for local charities. The event quickly spread around the globe to places such as Beijing, Montreal, Helsinki, Moscow, Tokyo and New Orleans. Over the years, it has raised millions of dollars for charity. 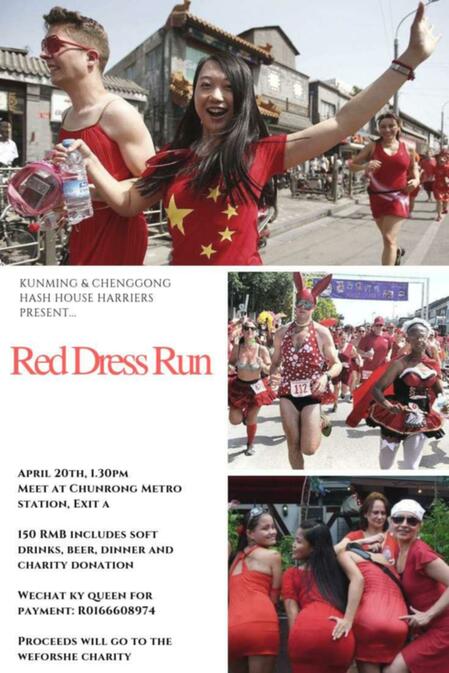 Looks like a worthwhile effort.
On hash: there were hash runs even in Kuwait in 1981 - heat, desert, etc. I thought they were a little mad, but then sanity is highly overrated.

I think the beer happened in the various apartments where it was brewed in bathtubs - some of it made from orange peels and you wouldn't believe what else - one guy was some kind of genius at this, I'd buy his product today if it were on sale - due to Kuwaiti laws about alcohol.

quite apparent, they will be handing out leaflets of das kapital there too.

A leaflet of Das Kapital would be quite an achievement. But I suspect the hash housers are closer to the Rotary Club

Theres enough code words there to make conclusions its been taken over, and by who.

They picked the wrong date tho, twelve days too early.

I started the Chenggong H3. Politics is not something I worry about too much and the ideology of the hash is more beer than bolshevik

Peter, when you write things like this nobody at all can possibly take you seriously, and I can't believe that even you mean what you say. The only excuse I can possibly imagine for you here is that you might be attempting to make some kind of badly thought-out but well-intentioned and good-natured self-critical humor - and I don't believe that. You often have a point or two to make that we might wish to take seriously, but this bs about hash-house harriers is way beyond ridiculous. Please use your considerable intelligence to contribute something worthwhile a little more frequently, because you are simply wasting everyone''s time and trying our patience. And you're not funny.

Ah, well, maybe it is funny.

I may have failed to spot it, but how far is the run?

We'll have a beerstop approx. midway to recharge the batteries.

Bbc says today they are clamping down on marathon cheaters, ie those faking to run a whole marathon. We have heard of foreigners fake participarting to give fake international vibe, but u can also fake u run whole marathon.

Probably not an issue for hash run, but lets add the official tag here tho:

The Xinhua news agency said the sporting association would continue to crack down on all kinds of cheats in marathons "in order to build a healthy and clean environment of road running in China".

That girl in the thumbnail is cute!

We had over 40 people on the 'Hash yesterday and were able to.donate 3500rmb to WeForShe.

Thanks to all who attended.