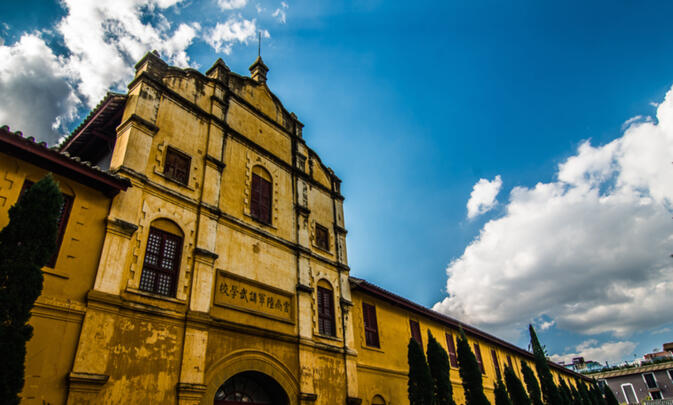 The Green Lake area, long considered the heart of the city, will soon undergo some pretty serious changes. The municipal government is currently taking bids on renovation work that will reportedly cost seven billion yuan (US$1.2 billion). Once contracts are signed, the facelift for Kunming's most popular cultural landmark — as well as several surrounding neighborhoods — is expected to last until at least 2020.

The plan — known as the "Green Lake historical and cultural area restoration project" — covers 2.1 square kilometers. It stretches out from the lake to other attractions including Zhengyi Fang (正义坊), Yuantong Shan (圆通山) and Yunnan University (云大) and includes the major roads connecting them. Designed to be completed in five parts, the first order of business is the remodeling and possible demolition of houses and businesses along alleyways adjacent to Green Lake Park.

Final details have yet to be released because the entire project remains in the tender process. However, the lanes Xiansheng Po (先生坡), Shenguan Po (沈官坡) and Jinghong Jie (景虹街) will be the first to undergo reconstruction. The "beautification" process along these roads is expected to include "facade refurbishments, utility upgrades, lighting improvements and landscaping enhancements" costing 150 million yuan (US$ 21.8 million). Once a construction company is officially hired, the work is scheduled to take less than 60 days. 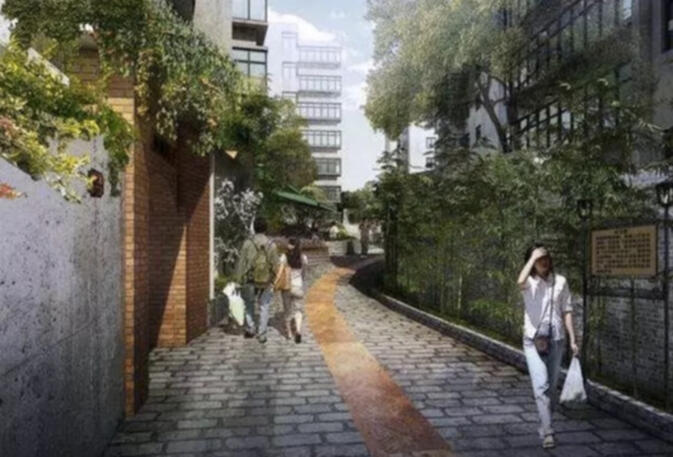 Artist's rendering of a "beautified" alleyway near Green Lake Park

Other portions of the scheme will see the restoration of several important historical residences — including the former home of Chinese Communist Party hero Zhu De (朱德). The military academy where Zhu studied in 1909, Jiangwutang (讲武堂), is also slated for large-scale improvements, as are the provincial library (云南图书馆) and the Yunnan Museum of Science and Technology (云南省科学技术馆).

Green Lake is also scheduled to receive some sort of makeover to its older buildings, although detailed proposals are unavailable. The park is obviously the focal point for all the planned construction — using existing pedestrian lanes to funnel sightseers from one historical attraction to the next. However, most news stories concerning the overall project instead discuss traffic alleviation schemes, landscaping concepts and height limits on any new buildings slated for the neighborhood.

What is clear is that Kunming is attempting to make a known tourist attraction more enticing. The Green Lake area facelift is a very expensive part of a broader strategy to make the city into a tourist destination of its own. For years, foreign and domestic visitors have used Kunming as a jumping off point for more-frequented locales in the province's south and northwest. City officials are now looking to cast a new spotlight on locally popular venues in the hopes that tourist money will be spent here in the Spring City. 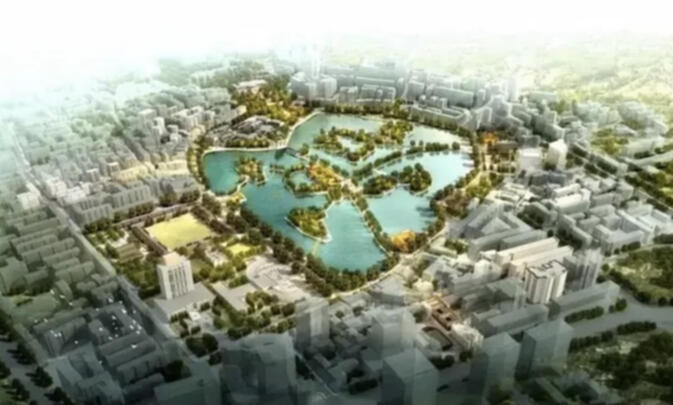 Seems to me this all might be good, but I rather wish the city would dedicate more money to the solution of the problems of those who are in real need.

I agree. Projects like these you can bet a lot of money will be stolen. Poor construction, cheap materials also will be used. Things will start falling apart within a year after completion. They should use that money to help built new schools in the countryside.

OK so it is the slightly wider area. But that is a lot of money. I don't see them recouping through tourist spending.

Add this to the airport proposals, and it looks like massive gov spending to prop up GDP growth.

@tiger First thing I thought, a lot of money that's not going to be recouped through tourist spending anytime to quickly. Definitely bumping up the GDP, can't knock any kind of upgrade to the area but I'd be so much more impressed if it was put into something like countryside schools as liumingke1234 said. In fact I'd have quite a fair bit of admiration for the government then.

If they were to do a complete cycle way (no cars) around Dian Chi, or even just around the Grass Sea (Dianchi North of the Causeway) that would be an asset to the wider community, and would not cost that much. Especially now that there are so many OFO/Mobike rental bikes.

"..part of a broader strategy to make the city into a tourist destination on its own".

Just a few years ago, the whole city and the old architecture was knocked and bulldozed down, in order make room for low quality high rise and something called modernization and harmony. Just imagine the potential in this line of the mentioned "tourist destination on its own", if another strategy - architecture and history perservation - had been applied. And Kunming was made so exceptionally ugly that you cannot enjoy the city, even during a single breath, rather plan an escape route.

Kunming is no longer quaint. It's getting so cold.

Btw, its worth mentioning again. Originally Kunming (Yunnanfu) was designed by whole Chinas most famous Feng Shui master, same master that also designed the city that became Macao later. When Kunming was planned, they wanted the best, both in architecture and feng shui. Old Kunming had 6 city gates, in order to symbolize a turtle. Thats why places like "Xiaoximen" (small western gate) still exist, a turtle symbolizing long life. A lot more could be said here, of course, but lets not forget that missionaries used to call Kunming a "city of a thousand temples". John Blofields book, "City of lingering splendour", can to some degree be applied on Kunming as well. Worth a read.

And John Blofeld studied Zen on Kunmings Western Hills as a pupil of Chinas most famous monk Hsu Yun, in 1940's. So theres a link there, to see what it was like when China was still China, be it Kunming or Beijing. As mentionesd, old books worth a read what it did look like, just to get perspective. Sure in modern days to drive around with an ox-cart may not be most convenient, but to demolish almost all roots to past, is of course another story.

Very interesting Peter. Demolishing all roots to the past is nothing new. The vast majority I speak to yearn for that modern, developed, civilized utopia and couldn't care less for any traditionally cultural elements.

@ Vicar: Afraid you're right. Influence of 'success', drive for 'modernity', etc. - crystalization of older class-driven values in rationalized, largely monetary terms, leads to short-term thinking. Later, when 'the past' becomes a socially-significant commodity, the syndrome gets reversed, especially for upper-middle classes and upper classes. But already the past has postcard and tourism value for many, while academics flop around trying to figure out what he past 'really' was, and understand what it means for the future.

The northern walking path of Green Lake has narrowed considerably. It's making way for the loud banging construction in the vast empty lot directly north of it, stretching all the way up to the south gate of Yunnan University.

Apparently they are creating an enormous underground public parking lot. Above it, it will be a greenery extension of Green Lake, which is good news. The KRT (subway) station won't be situated here, but perhaps north of Kunming Zoo.

Sounds ominous. Are we going to see another "old" Guandu or another "old street" like the one between the two pagodas? Seems inevitable.

The Yunnan Uprising Memorial just opened to public. Located across the East Gate of Green Lake near the intersection of Cuihu NanLu and YuanTong Street.

The independent two storey, amber colored mansion with a lush garden surrounded by exotic trees peaking over a gated wall is hard to miss. This colonial brick and wood architecture adorned with bluestone carvings with Roman-style water fountain in the backyard of was built in 1933.

This 5,666sqm memorial ground is free (both outdoor & indoors). Opens from 9am to 16:30pm everyday except Mondays and holidays.

Thanks for the update!

A second amber two-story mansion of The Yunnan Uprising Memorial recently opened not far from the first one mentioned above. Situated in a corner courtyard immediately next to Green Lake Starbucks to the south. The renovation for this 云南解放纪念馆 annex was delayed earlier this year due to lockdown.

A re-creation of China's First Premier Zhou Enlai's corner master bedroom on the second floor surrounded by a spacious balcony overlooking SE Green Lake. A privileged view. Down the hall, an out-of-place military sidecar parked inside another room. Historians may enjoy the various military artifacts, preserved documents, and furniture of the 1940's on display. Liken to the Military Museum of Western Green Lake, but much smaller.

Free admission to public. Opens everyday from 9:00 16:30 except Tuesdays. No entrances after 16:00. Visitors will require scanning of colored health code. Wrist temperature will be scanned upon entrance.