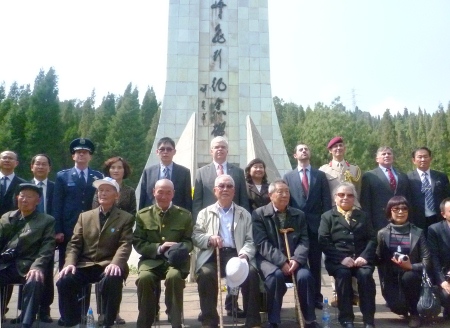 Honored guests at the Hump memorial in Jiaoye Park

A solemn ceremony was held Wednesday in Kunming to commemorate the 70th anniversary of the first Hump airlift by Allied forces during World War II.

The "Hump" was the tongue-in-cheek nickname pilots gave the eastern section of the Himalayas. Operations along the flight route cost the Allies 594 planes and claimed the lives of more than 1,600 people. 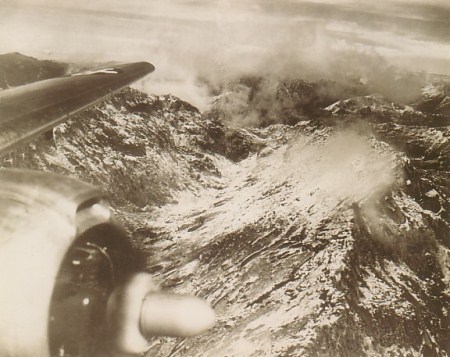 Dignitaries and Chinese veterans gathered at the Hump monument in Jiaoye Park (郊野公园) to remember the contributions of the Americans, Chinese and British involved in the airlifts. The supplies were critical to the survival of Chiang Kai-shek's Nationalist government in Chongqing at a time when Japanese forces were in control of most of Chinese territory.

Flights by China National Aviation Corporation (CNAC) over the Hump provided crucial materiel for Allied forces in southwest China during the war. CNAC is not to be confused with the American Volunteer Group, also known as The Flying Tigers, who flew engagement missions against the Japanese in both China and Burma.

The event was attended by representatives of the American and British governments as well as officials from the Yunnan provincial government and members of several historical associations. Five Chinese veterans of the Hump were undoubtedly the VIPs of the event. 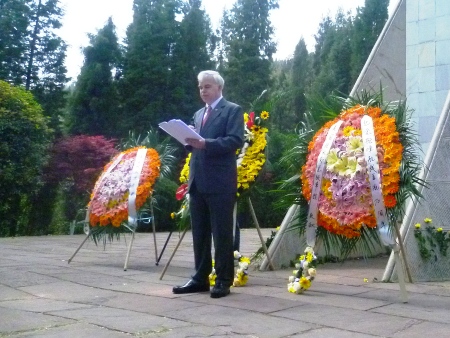 After four wreaths were laid at the foot of the monument, Peter Haymond, the US Consul General, Chengdu, gave a speech in Chinese in remembrance of the first successful Hump airlift to Kunming.

"This miracle could not have happened without American, Chinese and British cooperation," Haymond said. 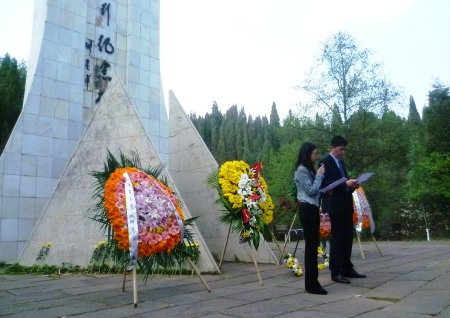 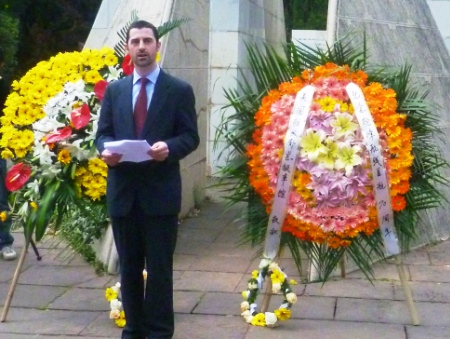 Pilots and passengers who flew the Hump route faced immense challenges and dealt with less-than-desirable conditions. Benedict Mann, British Deputy Consul-General in Chongqing, offered an interesting glimpse into a Hump flight when he read from the diary of Tom Fraser, a British mechanic who flew a Hump mission in 1945.

Fraser's account described a flight where weather conditions continually worsened until the plane was so weighed down with ice that it lost altitude, barely staying above the 13,000 foot mountains it was crossing.

All of the plane's armaments and parachutes had been removed to make room for more fuel destined for Kunming. The only weapons the crew had to defend themselves from Japanese fighter planes were revolvers. Upon clearing the mountains and entering Chinese airspace, Fraser and the crew shared tea and sandwiches. 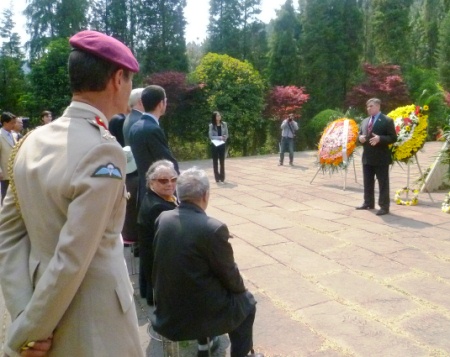 Jeff Greene, honorary chairman of the Yunnan Flying Tigers Association, related stories of some of the Hump's more accomplished airmen, including an American pilot named Dick Rossi, who flew an astonishing 735 Hump flights. 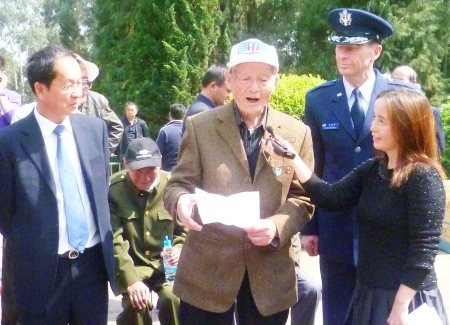 The final speaker was octogenarian Lu Jianhang (陆建航), a Chinese pilot originally from Beijing who received flight training in the US cities of San Antonio and Phoenix before seeing action in Kunming in the 1940s. Lu thanked his brothers-in-arms as well as the American and British soldiers who served in Yunnan.

Lu's speech received the largest round of applause of the afternoon.

Is the interviewer with the microphone Lady Deng?

wonderful to see this commemoration. One of the people who came over the Hump was Julia Williams, working for the Office of Strategic Services (OSS) . . maintaining the organization's data on 3x5 cards was her job with the agency. She married her co-worker in Kunming, Paul Child and became Julia Child — by far America's most famous chef. The 3x5 cards turned into recipes. Julia's friend, author of Sisterhood of Spies, about the OSS and its successor agency, was in the same airplane. She says everyone but Julia was puking their guts out. Also there is a new book out that is a history of the CNAC. It points out that CNAC carried vastly more tonnage over the Hump than did the US 14th Air Force and that many of the pilots were AVG men who didn't want to serve in the Air Force. Kunming has a proud history during this era and the vets attending this ceremony and their mates were makers of a significant part of that.

There were also pilots from other countries too.

At least 2 pilots from Poland!

The hypocrisy of both the Chinese and US governments, as exemplified by this article, is just shocking. On the one hand, both Governments honor the achievements of the Hump flyers with memorials and dignified ceremonies. But on the other hand, the Chinese Government issues attacks, via the official China Radio International, on purely humanitarian operations to recover the remains of flyers, including my uncle, who were killed during the Hump airlift, intimidating both the US and Indian Governments into suspending recovery of their remains ! Gary Zaetz, nephew of USAAF 1st Lt. Irwin Zaetz, 14th Air Force, missing in action since January 25, 1944 in Arunachal Pradesh.