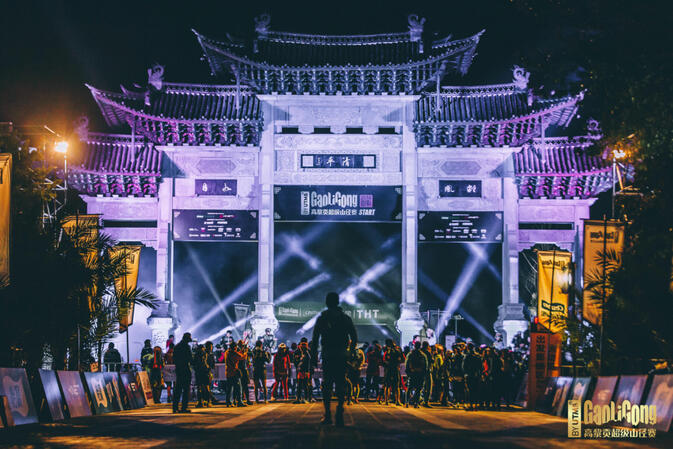 Yunnan's Gaoligong Mountains, which run north to south between the Mekong and the Salween rivers, are famously, at least for provincial residents, home to endangered gibbons. But recently, a different primate has appeared in the region — one clad in skin-tight compression gear — as trail runners join the reclusive gibbons every March in the Gaoligong forests. Next year the trail-runner-to-gibbon ratio will be heavily in the athletes' favor, as there will be four thousand of them.

They come in ever-increasing numbers for China's most international trail race — Gaoligong by UTMB. Considered a 'daughter race' of the 'Olympics of trail running' Ultra Trail du Mont Blanc, (UTMB), itself a global festival of the sport held in the Alps around Chamonix in France.

Gaoligong by UTMB is not just another trail race, the likes of which are now held across China, with foreigners brought in on an all-expense-paid trips to give the races a 'global' tag. Almost 400 fully paying foreign citizens have already registered for the 2020 edition of Gaoligong by UTMB, and free trips are now reserved for elite athletes only.

UTMB in France attracts 10,000 runners and is famously oversubscribed — if you want to take part, your name is entered in a random lottery. And so the UTMB brand has recently expanded globally, with other 'by UTMB' races including those in Oman, Spain and Argentina. Finishing the 100-mile distance at any of UTMB's races, including the one in Gaoligong, gives runners a guaranteed entry to the coveted UTMB Mont Blanc — every serious trail runner's dream and goal. 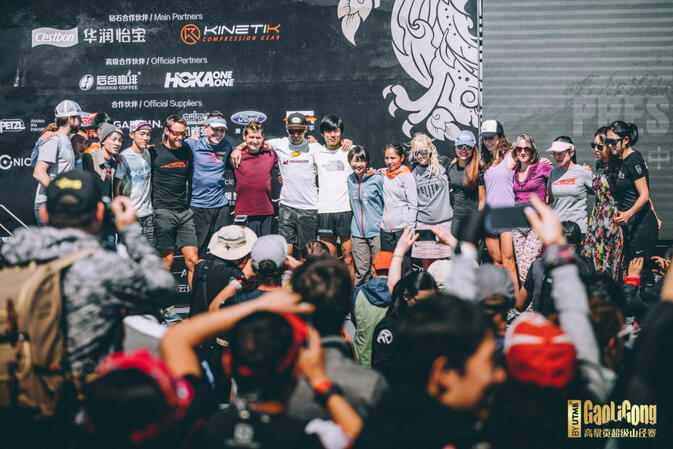 Delivering the model of an alpine race to southwestern Yunnan was surprisingly not that difficult. During UTMB Mont Blanc, the locals come out in force to welcome runners through their villages, and the inhabitants of Gaoligong have not disappointed in this respect either. Of running in western Yunnan, the UK's European 24-hour running champion, Daniel Lawson, recalls:

It is easy to put a race in a beautiful place, but much harder to make a race have a connection with the people. [At Gaoligong, the] local people embraced the race straight away. The support was brilliant, and the locals in Tengchong had the most beautiful faces, weathered smiles. When they smile at you — give you a jiayou — it leaves a really nice impression.

At a past race, the 125-kilometer Road of Chinese Expeditionary Force created some controversy. It celebrates Word War II military achievements of Chinese troops against the Japanese Imperial Army in the very same Gaoligong Mountains where the race is run. The trophy for the top three is a rendering of bullet-perforated army helmet with a dove on top, resting on a mound of shell castings. Spicing things up a bit, during 2019's RCE, Yunnan professional runner Shen Jiasheng clashed with Japan's finest, Ruy Ueda. Shen won by a large margin, sending the race announcer into a fever-pitch patriotic rhapsody at the finish. But Shen could not care less, and he waited at the finish for his Japanese rival, who was second, and embraced him warmly. 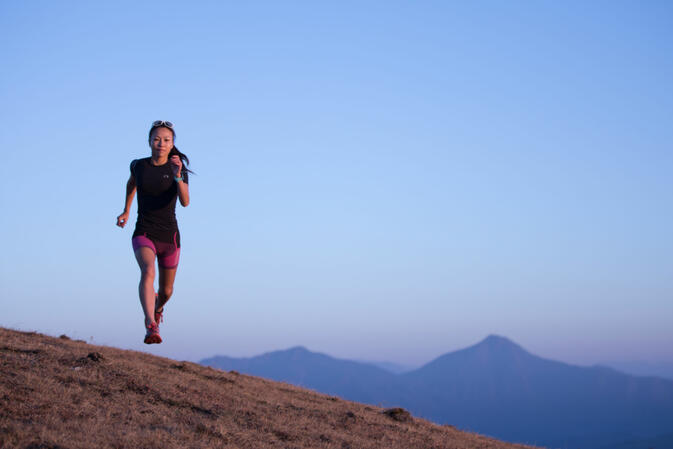 Hong Kong elite runner Samantha Chan on a pre-race photoshoot in the mountains outside of Tengchong (image credit: Alexis Berg)

Shen vs Ueda was just one of the battles between elite invited foreign runners and their Chinese counterparts at last year's edition of Gaoligong by UTMB. The most anticipated duel was between two world-class professionals — Yunnan's hotshot Qi Min and Lithuania's grizzled Iraq veteran, Gediminas Grinius. Qi Min blew up at 80 kilometers after storming into the lead, and the bald Lithuanian took the win in the 165 kilometer MGU division.

Another foreign favorite, American professional ultra-runner Jason Schlarb, was unexpectedly beaten into second by then-unknown Li Yungui over the 55-kilometer distance. Despite the second place finish, Schlarb felt a personal connection with Gaoligong, saying, "I was an officer for ten years in the US Air Force. I felt the presence of the Flying Tigers here. I really respect and appreciate that the Flying Tigers are so honored here in Yunnan."

Schlarb was left to contest second place with Xinjiang's Nuerkalide Aman. "He fell very badly, was hurt, but he truly gave his all," said Schlarb. "He was feeling stronger at one stage but he waited for me. I did not expect that, I did not want him to wait, but I was so impressed by his sportsmanship and by his camaraderie!"

Gaoligong is a deceptively hard race, as it has no quad-busting ascents, vertiginous trails or snow-capped mountains. It is very, as the Chinese say, haopao — runnable. It features wide trails in the forest and dirt roads through villages, but the base altitude of 1,600 meters and ascents reaching well over 2,000, imperceptibly but surely sap runners' strength. 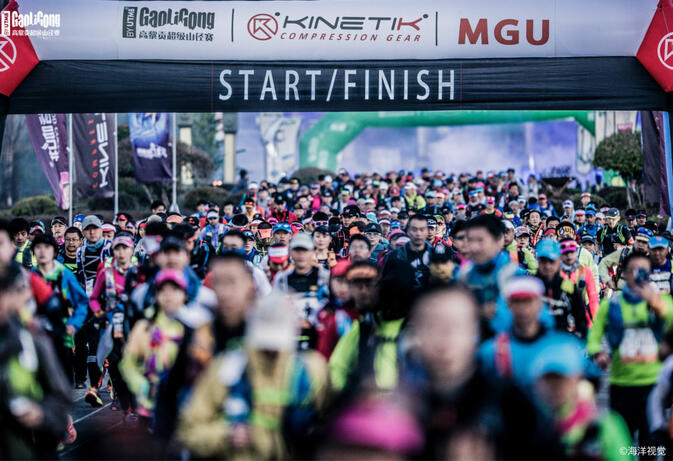 Last year one runner was completely immune to altitude effects — the then 19 year-old Sunmaya Budha, from Nepal, won and came sixth overall, men and women included in the 55-kilometer THT division. Sunmaya's athlete CV, provided by her local sports body in Nepal, included a list of Sunmaya's race wins and stated a buffalo and a goat as family sources of income. The resumé goes on to specify that neither animal was sufficient to support the family. Sunmaya, whose mountain running talent was discovered and developed by Trail Running Nepal, eventually became the family's most important breadwinner, probably to the goat and buffalo's relief.

Gaoligong by UTMB starts in the city of Tengchong and finishes in the historic village of Heshun. At past incarnations of the event, the start and finish ceremonies blew away foreign runners with their scale and energy — smoke machines and techno music blasting away, lasers lighting up the dark sky, and elite runners called out like boxers entering a ring. To top it off, the roaring race announcer, who presents at Olympic events, switches between an outfit of a Daoist monk and a World War II aviator.

UK's running journalist, Alfie Pierce-Higgins, who reported on several Chinese running events said after completing the race, "China has arrived! When thousands turn up at a running event, you know that the sport is not a niche one anymore." Thousands have arrived, but no ones has seen a gibbon. Yet.

Sounds like a great event, although I think it might have done without any 'fever-pitched patriotic rhapsody" at a Chinese runner's besting of a Japanese runner - the two athletes seem, commendably, to have had more admirably sportsman-like attitudes. Smoke machines, technomusic, lasers, Taoist monks and WWII-era fighter pilots might also be eliminated.
Or does anybody think that sports should be celebrated in the manner of a KISS (band) video?

But you should know everything is politics in China, from academics to sports events. And if theres an event that is not politics, it will not be allowed.

I think it's less a matter of allowing or not allowing it that it is a matter of creating a 'useful' aura around it - in many ways, not too different from the Olympics..

@Ishmael wrote: "Or does anybody think that sports should be celebrated in the manner of a KISS (band) video?"

You say that like it's bad thing. I guess you haven't seen the video for "Lick It Up".