By Patrick Scally in Features on November 22, 2016 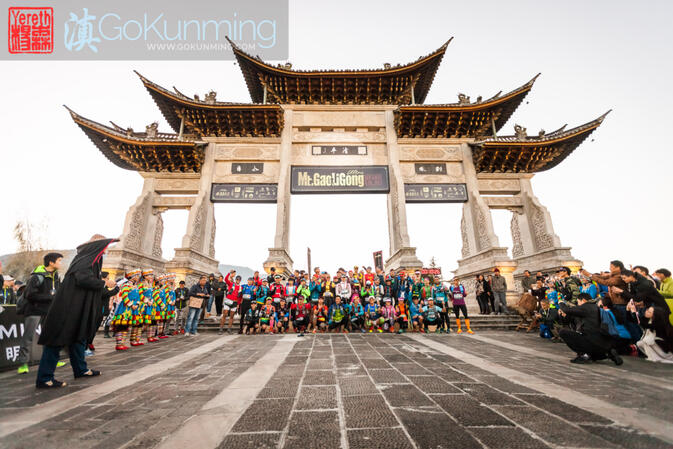 If you are going to run 168.5 kilometers in under 36 hours, it might as well be through the sun-drenched autumn hills of western Yunnan. For an international group of 57 hardcore endurance athletes, that was exactly the plan as they gathered recently in Tengchong (腾冲) for the 2016 Mt Gaoligong Ultra. 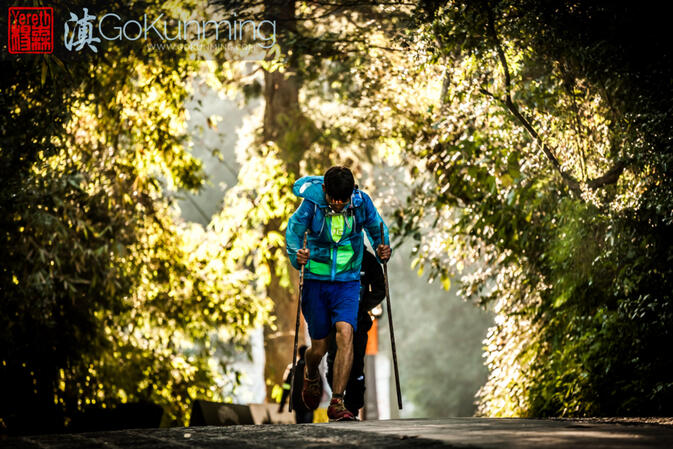 Run November 18-19, the ultramarathon's difficulty level was augmented by 8,800 meters of total elevation change. Competitors were required to pass through 14 checkpoints as they traversed open fields, forested mountains and cobbled village streets along the racecourse. 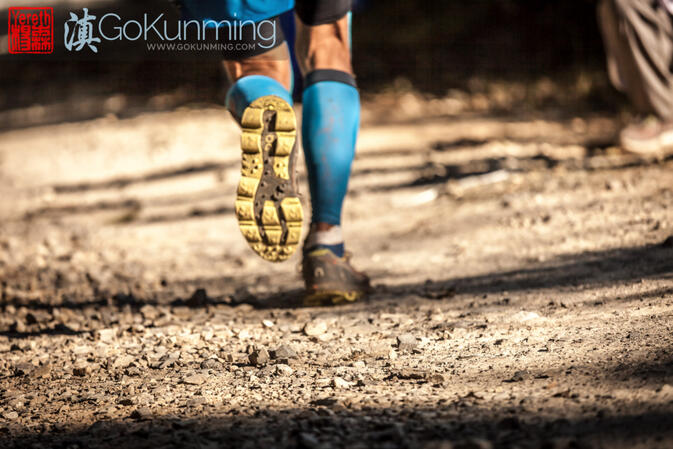 For many of the racers, it was their first time in China. And although the ultramarathon was itself being held for the first time, many of the participants said it was one of the most well-organized and welcoming distance running events they had ever experienced. 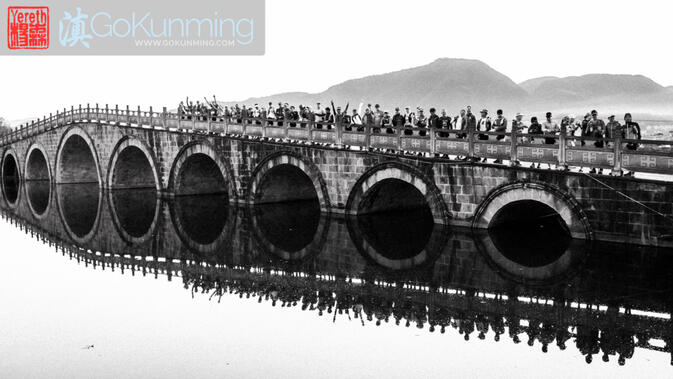 The race began at 8am under a huge and ornate new gate leading into the city of Tengchong, but not before the runners, organizers and volunteers stopped for a group picture on the gorgeous Ming-era Zhuangyuan Bridge (状元桥). 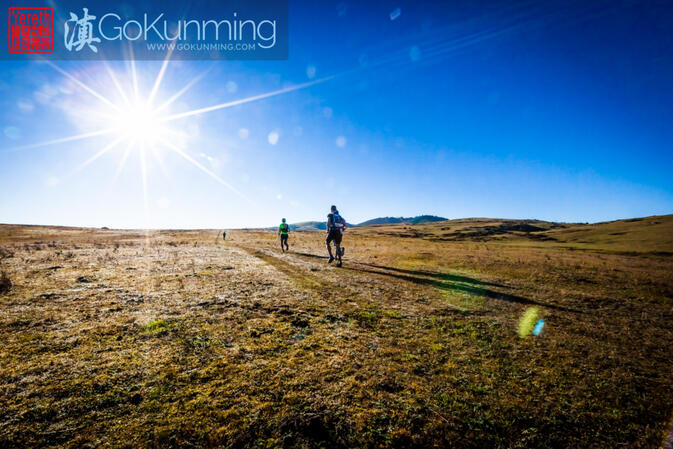 The span was an apt place for a pre-race photo. The title 'zhuangyuan' is the title historically given to the person who scored the highest on China's imperial service examination. Today it has become synonymous with 'the best in a given field'. 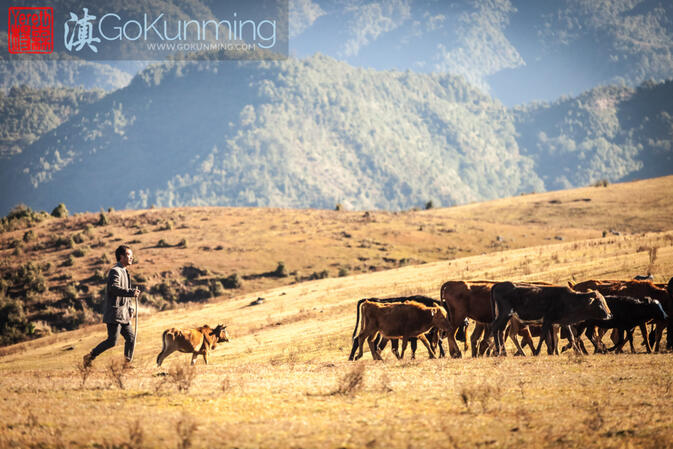 From the starting line, the race soon crossed into a section of open meadows, some with ancient graves while others were dotted with scattered groups of grazing cattle, goats and ponies. 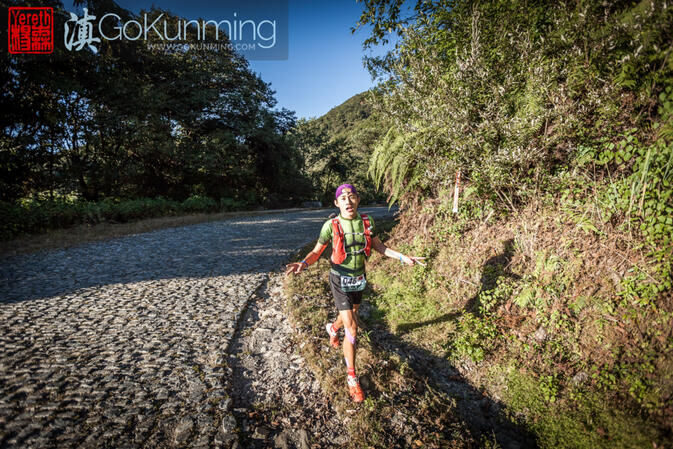 The latter of these animals are apropos of at least part of Tengchong's historical importance. The town and outlying hamlet of Heshun (和顺) were both important stops on the Tea-Horse Road, a network of trading trails dating back to at least the year 700. 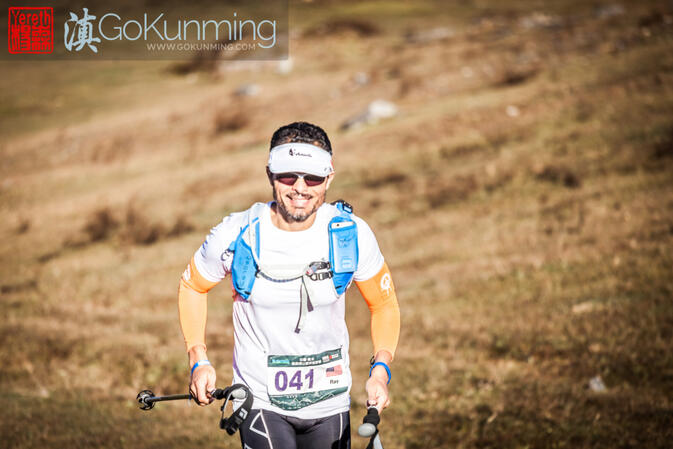 It was through this cultural heritage that the race path wound, eventually heading up into the mountains and through a more modern legacy. Tengchong and the surrounding area were the scenes of horrific World War II battles, the scars of which can still be seen on certain mountainsides. 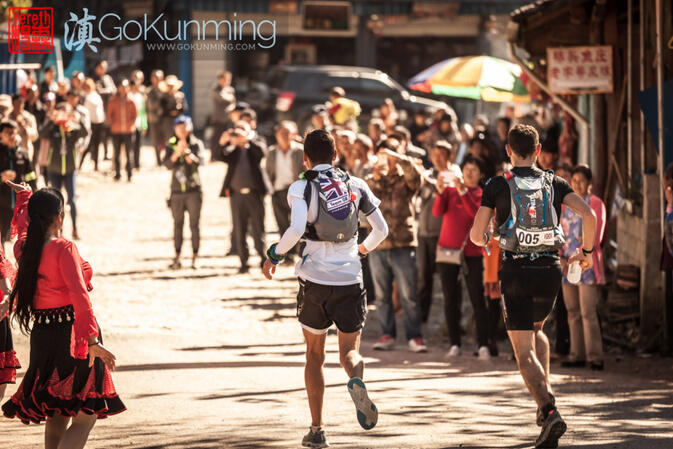 In addition to its historical legacy, today Tenchong's Gaoligong Mountains are home to one of China's best preserved stands of wildlife. American-born runner Marcia Zhou — who finished first among women — told race organizers she saw snakes and possibly a bear while running. 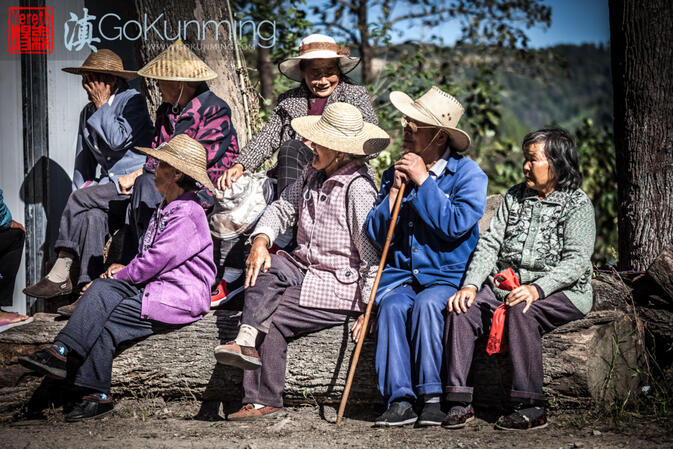 Locals turned out in droves to watch the race, as the spectacle of people both willing and able to run for more than 20 hours straight is a rare sight anywhere in the world. 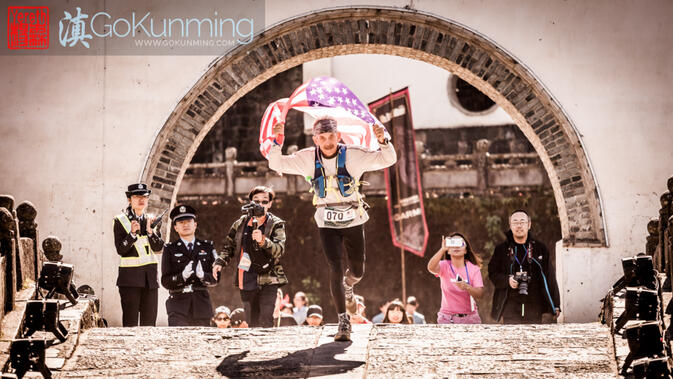 Among the finishers were 71-year old American Bob Becker and Gong Mingcheng (龚明程) from China. Catra Corbett, who was running in her one-hundred-twenty-sixth ultramarathon, had to pull out of the race due to injury. 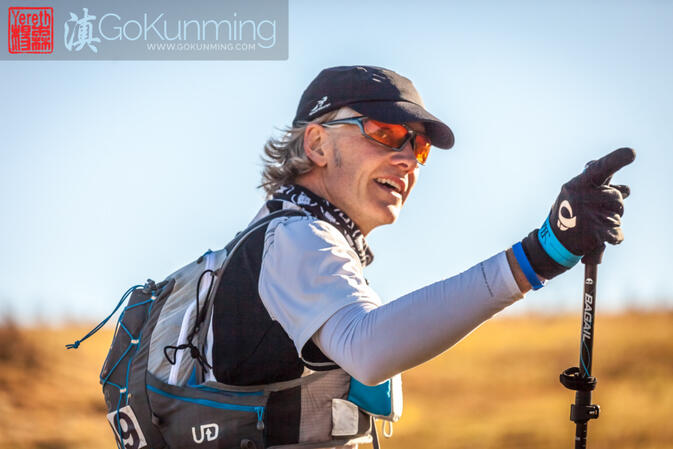 In the end, the race was won by two men, Dan Lawson and Mick Thwaites, who crossed the finish line in Heshun simultaneously. Their time? A somewhat astonishing 21 hours, 16 minutes and 13 seconds. 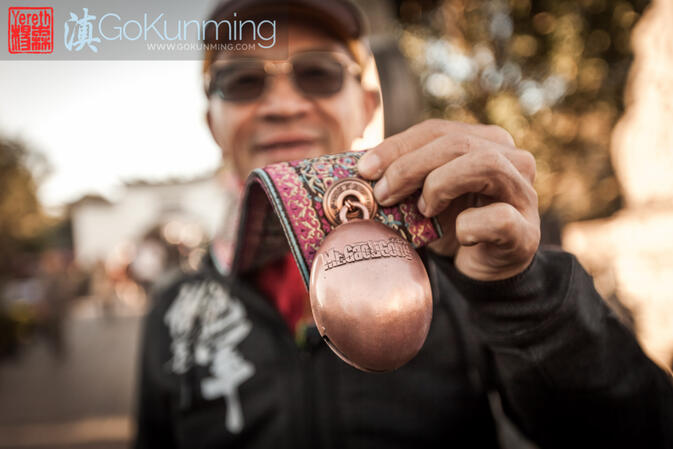 Just after he completed the course, American competitor Jimmy Dean Freeman summed up the experience, saying, "You either have a good race or a good story...Very rarely do you have both. The last hour is the 'golden hour'. Runners never know it they'll make it." Putting a perfect bow on the two-day event, Becker explained to reporters that 73 years ago his father flew the infamous 'Hump over the Himalayas' during World War II. "He flew 35 missions in a B-25 Mitchell bomber into Burma and China. I believe my father flew directly above the area where we are running in support of the Chinese."