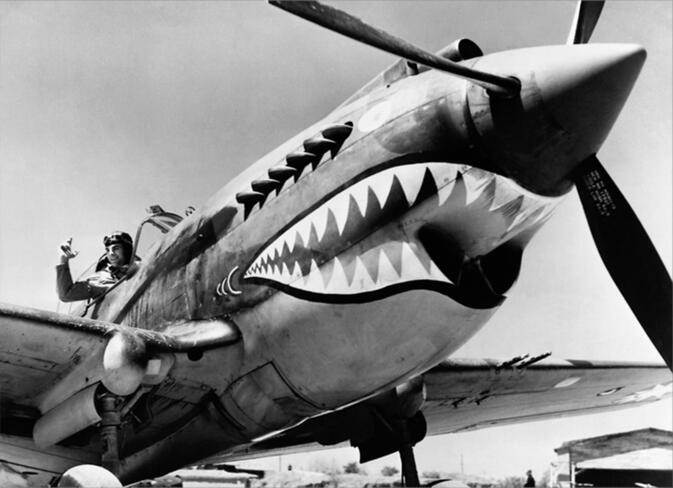 Local history enthusiasts searching in the southern outskirts of Kunming recently identified a forgotten command center and barracks once used by the World War Two-era Flying Tigers. Those involved in the find tout it as the best preserved and "largest grouping of intact buildings" relating to the famous air squadron and hope it can be protected.

The area where the find was made is part of Chenggong (呈贡), and is sandwiched between the eastern banks of Dianchi Lake (滇池) and an enormous collection of recently built apartment blocks. However, 75 years ago, Chinese and Western airmen used Wulongpu as a base and secondary airfield. It was selected because it provided an easily defendable position surrounded by seven low hills. At a time when Japanese bombers routinely targeted Kunming's major airport, Wujiaba (巫家坝机场), the Wulongpu location provided servicemen a safer alternative. 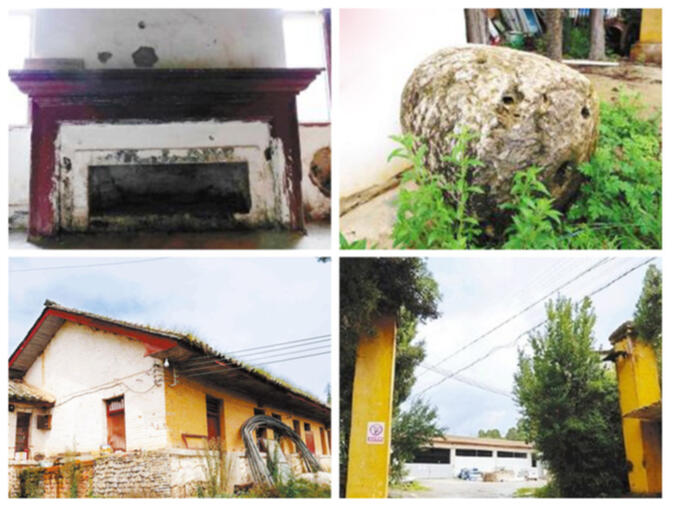 Sun Guansheng (孙官生), founder of the Flying Tigers Research Institute, pinpointed the location using Chennault's diary descriptions. The general used the proper name of the village where he and the Flying Tigers lived and worked, which today coincides with a collection of buildings only a few hundred meters from Dianchi. In his memoir, Chennault wrote of the spot:

In the eyes of the volunteers, Wulongpu and the airfield are very nice places. The weather is dry and cool — a nice relief from the heat, swarms of bugs and primitive conditions we experienced in Burma. [In Wulongpu] the barracks were built on a gentle slope overlooking the airport. They were lovely rows of brown brick bungalows, surrounded by a lush forest of tall eucalyptus and cypress trees.

During his time at Wulongpu, the general oversaw 110 pilots — who had spent the previous five months training with Chennault in Burma — and another 150 support staff and mechanics. They were tasked with harrying Japanese fighter bombers in the skies over Yunnan from autumn 1941 until summer 1942. 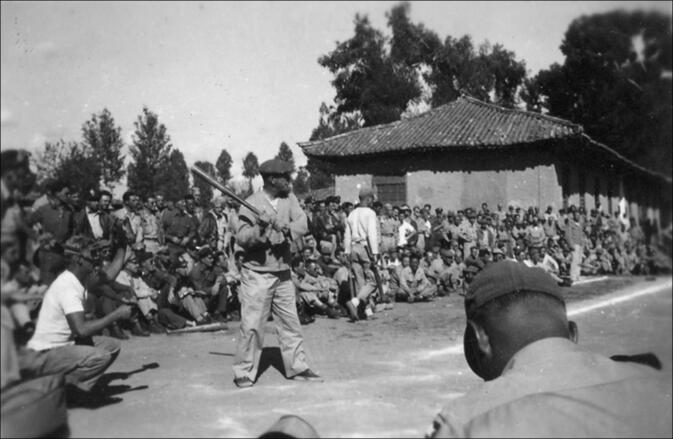 Sun spent several weeks this year attempting to find the exact location of the old barracks, which he feared may have been demolished to make way for Kunming's urban sprawl. Ten years ago, he had located remnants of the accompanying airfield but was unable to positively identify any related buildings.

He knew he was close when he found a likely collection of buildings with huge round stones outside. These turned out to be rollers employed to smooth and flatten the neighboring airfield used by the Flying Tigers. Sun spoke with several local residents who confirmed the area was once home to the "famous foreign pilots".

GoKunming called the Flying Tigers Research Institute to find out what may now happen with the Wulongpu site. The organization does not have enough money to buy and preserve the site, which today sits unused. However, Sun and his colleagues at the Flying Tigers Museum have already compiled a step by step list of recommendations for how to preserve and promote the site, which they plan to submit to the district government of Chenggong. 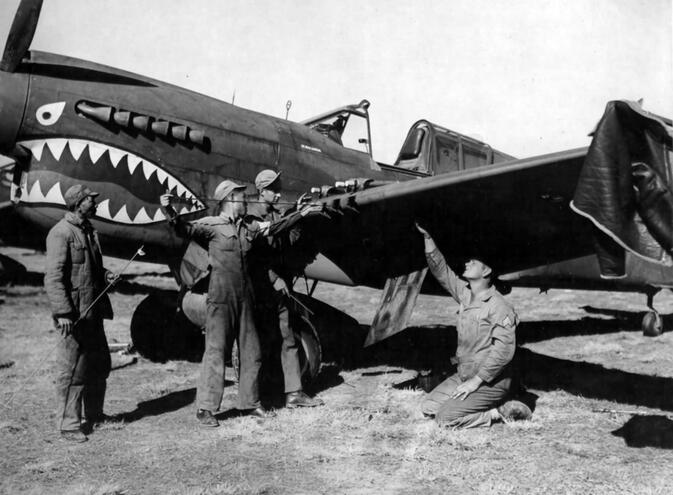 After the Flying Tigers departed Kunming and World War Two ended, the one-time barracks were converted to factories. The first of these assembled furniture, and was later taken over by a company manufacturing boards and stones for the game Go, or weiqi (围棋). Sun would like to see a museum created, one that he says would not only help people remember history, but also encourage them to look forward, explaning:

We should remember the Sino-US friendship at that time. We should be grateful for their assistance. Conflicts are inevitable in the Sino-US relationship, but the friendship between the two countries never changes...Funding and policy support are urgently needed. It's a pressing task to protect these historical buildings and Flying Tiger culture.

Why was he called Claire?

Was his name, I think.

It's a bit more classy than Pat.

I too hope the local district government accepts the Flying Tigers Research Institute preservation proposal, albeit the history of this Sino-US alliance gravitated towards the respective air forces of the U.S. and the KMT of China.

Claire is a given name derived from St Claire. Nowadays mainly replaced as a malle name by Clairance.

I hope that whatever preservation they do does not ever come under the control of the tourism office.

While its great they found this site, I wonder if this is some big news. Something strange about this all, the architecture is different in most of those ww2 buildings, and there have been plenty old kunming people with memory to point out locations over years. There are maps where these locations could easily have been found. Like I said, its great they found it, and great these stories are kept alive, but suddenly finding this building sounds a bit fishy. Not that it would be a big deal anyway.

So possibly its on purpose made a news campaign that it "was found" in order to protect it from a buyer or like that. :)

Think you might be right, Peter. Anyway, hope they don't make it into some kinda showy shiny Glorious Patriotic Chinese-American Friendship sort of thing. If they keep it real, as a museum, that's fine.

Plenty museums, memorials, friendship sicieties, documentaries etc. out there alread on this subject. And logostically the location is not ideal for a museum. And there have been plenty old barracks and command centres too around. They used to be scattered around Yunnan, once you saw a two three, you learned to recognize them from architecture. Panlong districs still have a few of them. Particularly the tiles used will point them out. Similar phenomenon here, to the windows in the houses that were missionary buildings.

Anyway, maybe its just about protecting the building. To have something left from past, in the bulldozer maniac area. And, yes, why not keep it, could be a nice restaurant with a good theme ready.

A couple of vintage photos of the two of them in the above link. May they be reunited in the sky.

@bilingualexpat Thanks. There is a memorial to the lady on the Beijing Normal University campus. General Chennault was 30 years her senior.

The Flying Tigers did one hell of a job knocking down Japanese airplanes, but it's interesting that it is never mentioned that both Chennault and his wife Anna were determined anti-communists.