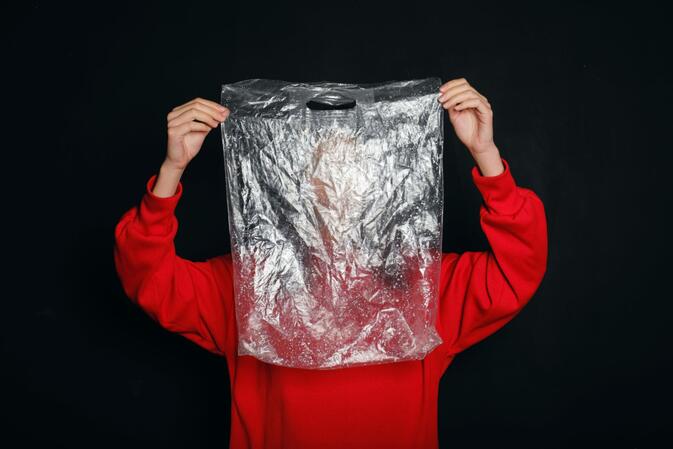 "Wo bu yao dai zi" (我不要袋子) — I don't want a bag — is a sentence I say pretty often. Usually, at least two or three times a day, in response to shopkeepers and market traders trying to put whatever I have bought into a plastic bag.

Initial bans on plastic in China and Yunnan

Considering this, it may come as a surprise that China already imposed a ban on free plastic bags in 2008, to reduce the use of single-use bags. Yunnan province followed soon after, with a ban on production, sales and use on all plastic bags in 2009. The restriction initially had a big impact, reducing supermarkets plastic use by two-thirds. However, the provision of small bags and the booming online retail and take-out industry are undermining the benefits of this. Single-use plastic consumption in China has sky-rocketed again (proxy needed).

A very brief history of plastic

Plastic production took off in the 1950s. In the past 20 years, it has become so pervasive throughout our daily lives that avoiding it is almost impossible. Everything in our lives today depends to some extent on plastic — have a look around yourself right now – what do you see that is made of plastic? Think about what you bought today, was it plastic? Did it come wrapped in plastic or was it put in a bag? Our homes, our transport, our industry, our agriculture and food are all saturated with plastic products — many of these single-use.

People are increasingly coming to terms with the fact that plastic doesn't naturally degrade once it's been produced. This means that the plastic you used today — the average single-use bag is used for 12 minutes — lives on for thousands of years as solid waste and toxic particles (microplastics) that enter the water you drink, the air you breathe and the food you eat. As a result of the vast quantities of plastic being produced every year, this problem has built up into a mountain and is causing huge negative impacts on our health, our environment and our economies.

Well yes, recycling could potentially solve this problem. However, most single-use plastics are of poor quality and can't easily be either re-used or recycled. Recycling efforts are also generally low, as highlighted by a 2017 study which revealed that 90.5% of all plastic produced has never been recycled. Recycling is also more expensive than making brand new products out of oil — the source material of plastic — because most plastic is contaminated in some way. Think about how dirty your yoghurt pot or the packaging around your food are after use. It takes a lot of energy, time and water to clean up to the level needed for recycling. 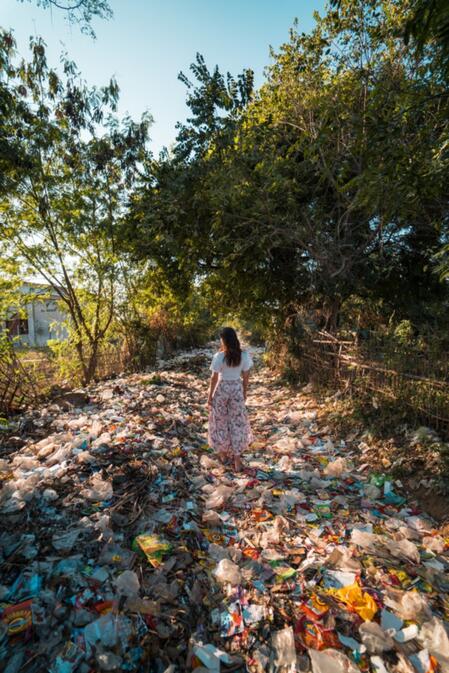 Cleaning up our act

Thanks to documentaries such as the Blue Planet, global awareness of the issue of plastic pollution has exploded amongst consumers in recent years, with increasing calls for single-use plastics to be banned or restricted. Several high profile plastic straw and single-use plastic bag bans have also come into force in countries around the world, unfortunately often replacing oil-based plastic with other problematic materials such as corn starch or paper — which require a lot of land to produce and therefore displace either agriculture or wildlife.

What is China doing about plastic? In 2010 China was the largest global producer of plastic waste at 60 million tonnes — that is more than 20 million tonnes more than number 2 USA. 75% of this waste was mismanaged — meaning it was littered, not recycled or managed in controlled disposal sites

However, as mentioned earlier, China was an early adopter of single-use free plastic bag bans, and for years China was also the world's recycler, accepting waste of varying quality from other countries which lacked the facilities to deal with recycling at scale such as the US and Europe. This global plastic recycling hegemony ended in 2017, when China restricted the import of waste from other countries. This waste naturally also included plastics, leading to a big uptick in recyclable waste heading to landfill in the exporting countries.

Conversely, recycling is being pushed hard on the domestic agenda in China, with over 40 cities rolling out compulsory rubbish sorting and recycling schemes. The strict guidelines and support provided by volunteers to help residents understand the rules is likely to ensure the recycling habit gets off to an excellent start as contamination is one of the biggest problems affecting recycling worldwide. The Chinese recycling industry has changed from one that was seen as slightly dirty, to one which is supporting the national government policy for "ecological civilisation" and green growth in China.

As a Kunming resident, I have been eagerly anticipating the introduction of the la ji fen lei hui shou (垃圾分类回收) rubbish sorting and recycling system in the city. The classification system looks straightforward:

• Wet: Perishable daily garbage.
• Recyclable: Items suitable for recycling and resource utilization.
• Hazardous: Waste that poses a direct or potential hazard to human health or the natural environment.
• Dry: All waste that doesn't fall into any of the aforementioned three categories.

But, in practice there are complications such as single-use paper cups that can't be recycled due to a layer of plastic film waterproofing. Hopefully, Kunming will also have it's army of volunteers to help us get it right. The rollout across Kunming isn't yet complete, but the government has plans to expand testing sites once the initial issues have been ironed out.

Other new rules show that China has big plans, with the National Development and Reform Commission announcing in January 2020 that plastic bags will be banned across cities by 2022 and reduction targets for hospitality coming in on a rolling basis over the next few years.

It is hopeful that as single use plastic consumption is now clearly recognised as a problem by the highest levels of government in China that the issue will be comprehensively addressed through a mixture of production restrictions, increased recycling and demand reduction.

In the meantime, what can you do? Steps that everyone can take are pretty simple and will probably end up saving you money.

1. Cut down on take-out or wai mai (外卖). The delivery is heavily wrapped in single-use plastic. Cook for yourself or head out to eat.

2. Re-use your bags. This is easy once you get into the habit — just carry a couple of plastic bags with you when you go out.

3. Get yourself a reusable water bottle and refill as you go. Water is provided in every restaurant for free.

4. Get your veggies from the market — they're not pre-wrapped like supermarket produce and it's a lot cheaper and fresher.

7. Join the Waste conscious Kunming WeChat group for friendly hints and tips on how to live a happy low-waste life.

Do you know if you're a plastic junkie? Take our quiz below and find out — you might be surprised at the results!

Question 1. How often do you eat take-out each week — at home and work?
A. Never, take out sucks
B. Less than once a month
C. Less than twice a week
D. Every day

Question 2. How often do you re-use your own plastic bags to go shopping？ A. Every single time, I am a green queen/king
B. Usually
C. Sometimes
D. Never, all my bags go straight in the bin

Question 3. How often do you order goods online?
A. Never / hardly ever
B. More than three times a year
C. Less than once a month
D. Once a week or more

How often do you take your own Tupperware to a restaurant to box up any leftovers?
A. Everytime, I love my Tupperware
B. Usually
C. Sometimes
D. Never even thought about it

Question 5. Do you carry plastic bags with you when you go out in case you want to buy something?
A. Everytime, my pockets are bulging
B. Usually
C. Sometimes
D. Never, they'll give me a bag

Question 6. Have you ever refused to buy something because it was wrapped in too much packaging?
A. Yes, I hate plastic!
B. Quite often
C. Once or twice
D. Never, plastic is pretty

Question 7. Do you ask restaurants to provide unwrapped tableware?
A. Yes, I hate plastic!
B. Quite often
C. Once or twice
D. Never, is this an option?

Question 8. How often do you order take-out drinks?
A. Never
B. Less than once a month
C. More than twice a week
D. Everyday, I'm a bubble tea addict

Scroll down for your results! 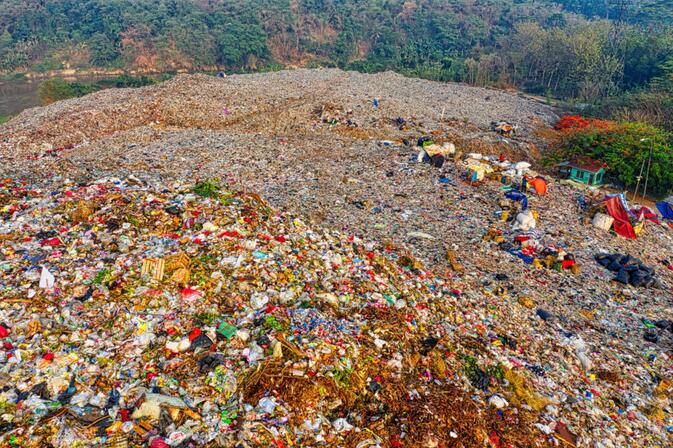 Editor's note: Article author Rachel Hemingway has been working internationally for 15 years focusing on the interactions between environmental policy, conservation and poverty alleviation. She is currently based in Kunming, where she studies Chinese.

It is regrettable that bio-degradable plastic has yet to gain traction on an industrial basis. It was developed around 5 years ago, in the US, as I recall.
Many people simply don't grasp the theory of recycling; never have and never will.

My experience indicates that southern Europe is as guilty of plastic pollution as the Asian nations; there are simply many more people in Asia.

And when in doubt, recycle anyway. Even if the plastic is unfit for re-use, it is generally incinerated in environmentally approved facilities, with proper filtration.

Off topic: I was fortunate to have visited the cemetery of Rachel's namesake; Ernest "Papa" Hemingway, at Ketchum Idaho. Far off the beaten track; a winter ski resort area, it was worth the detour, for those with a literary inclination..

He lies alongside wife Mary, with a slender evergreen at the head of both graves, which were simple slabs of dark granite; about 8 feet (2 & 1/2 M) long.. Visitors had left little trinkets, coins, etc, at the foot of the graves; otherwise, no magic-markings or signs of desecration in this quiet and desolate location.. Other Hemingway graves were not far away, but whose names I don't remember.