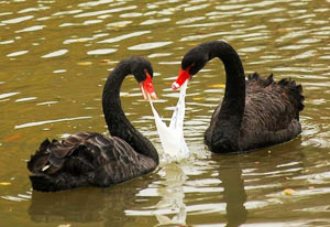 As of June 1, all supermarkets, department stores and grocery stores in China are prohibited from providing shoppers with free plastic bags for their purchases. The move, announced at the beginning of this year, is aimed at reducing pollution as well as freeing up oil supplies for other products.

From this week onward, consumers in mainland China will be subjected to a fee of three jiao (US$0.04) per plastic bag provided by retailers. The Chinese government is promoting a 'habit revolution' in which consumers reduce the number of plastic bags they use when making retail purchases. Shoppers are also being encouraged to bring their own reusable bags to stores when shopping.

Ultra-thin bags that are less than 0.025 millimeters have also been completely banned. On a visit to the Haoshun Lu 'wet market', GoKunming discovered that the rainbow of red, blue and orange ultra-thin bags had been replaced by large, sturdier bags – available at a cost of three jiao. Vendors said they felt the new regulation was reducing the amount of plastic bags they gave customers, without adversely affecting their business.

After the initial bag ban in Lijiang's old town, the ban was extended to the rest of Lijiang, where it has generally considered a success in the region. Now reusable cloth bags have replaced their plastic counterparts and locals have become accustomed to not using plastic bags.