Yunnan to ban all plastic bags in 2009 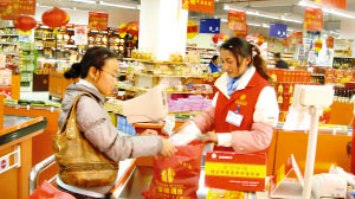 Just weeks after China implemented a nationwide ban on free plastic bags, Yunnan province is once again putting itself at the forefront of the country's environmental movement – this time with a total ban on production, sales and use of plastic bags across the province next year.

According to a Xinhua report, the ban will begin January 1, 2009 and will cover plastic bags of all thicknesses, as opposed to the current national ban on plastic bags thinner than 0.025 millimeters. The report said that throughout Yunnan, 'truly environment-friendly shopping bags' will be provided free or for a fee to customers at supermarkets, department stores, shopping outlets, hotels, restaurants and other venues.

Prior to the nationwide ban on free plastic bags that went into effect on June 1 of this year, Yunnan had already earned a reputation for being one of China's most environmentally conscious provinces with plastic bag bans in the popular travel destinations of Shangri-la (Zhongdian) and Lijiang.

In Shangri-la and Lijiang, local residents quickly adapted to not using plastic bags, switching to reusable, biodegradable bags after experimenting with newspaper and woven baskets.

In addition to addressing the problem of 'white pollution' – the plastic and polystyrene pollution that can be found throughout China – Yunnan is also emerging as one of the more progressive provinces in terms of developing solar energy resources.

Both the cities of Shilin and Dali will soon boast some of China's – and Asia's – largest solar power projects, and Kunming, where half the city's residents use solar energy to heat their water, was named China's 'Solar City' by the Worldwatch Institute.

The Kunming municipal government is also reportedly considering developing the city into a production base for degradable plastic bags.

China's larges solar power station to be built in Shilin

China's largest solar power station to be built in Shilin

For more information go to www.thetruthaboutplasticbags.com