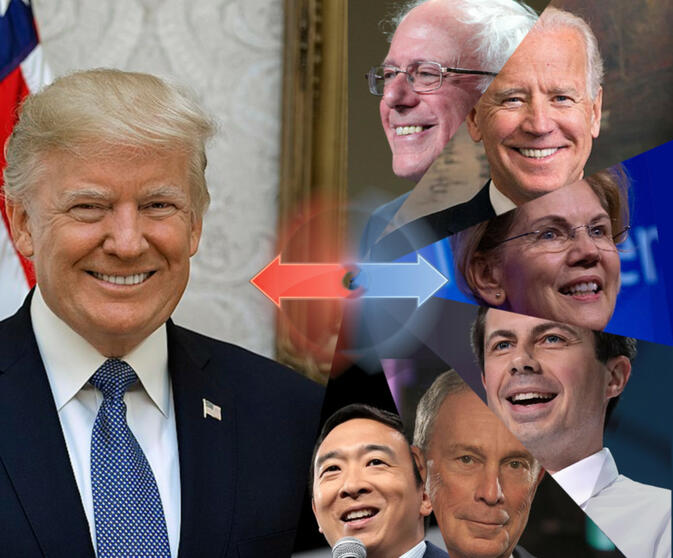 Are you a U.S. citizen? Are you interested in voting in the 2020 general election, Republican primary, or Democratic primary? Then here is some information to get you started.

As a U.S. citizen, you have the opportunity to vote from anywhere in the world. In recent years that process is easier than ever thanks to VoteFromAbroad.org They will help you request a ballot from wherever your last address in the U.S. was. While each state has a different process, the site will walk you through the process and provide all the information you need. However, in most cases you are still likely to be responsible for receiving and sending your ballot through the mail and the costs involved. Since sending mail round-trip from the U.S. and back is often a lengthy process it's best to get started with your registration now.

If you are interested in voting in the Republican primary it may not be too late for you. Your only option is to request a ballot from the state you are registered in. Deadlines for that option are passing fast though, and you may not be able to vote this way in every state. You may also find information at Republicans Overseas.

You have two options if you are interested in voting in the Democratic primary.

The first option is to vote by email in the Democrats Abroad global primary starting on February 18th. You can register for that at DemocratsAbroad.org. This an option even if you are registered as an independent or Republican in your home state, and it won't affect your registration status back home.

Your second option is to vote in your state's primary, but the same limitations that apply to the Republican primary above will also apply to you. And be aware that you can not vote in both your state primary and the Democratic global primary.

Thank you for considering your options this election season. No matter the outcome stay safe, stay healthy, and let freedom ring.

Five minutes with US Ambassador to China, Max Baucus

Thank you for info & weblinks!

Here we go. Do you not remember the state of this website last time, every subject no matter how unrelated was hijacked by Americans arguing about who they would vote for.

Didn't see you do the same for the Zimbabwean elections.

NO NO NO SEAN!
lol

Buttigieg is just so transparently fake, it amazes me how many people are taken in by his faux-sincere schtick. Although I can see how Patrick Bateman might approve: www.youtube.com/watch?v=2gc_bMkbOOs

Alright, I guess I opened up this can of worms, and I would be wise to use some facts as opposed to some sensationalist character attacks and No, No, No's that seemed to follow my message. Furthermore, since I mentioned the name of someone I support as opposed to just bashing one without offering a solution. here we go.
1- 'Wall Street Pete,' being by far the poorest of all the individual candidates running is also has the third largest amount of individual donors at around 390,000. While this is far behind Bernie, it was only around 20,000 behind Warren as of late august. (www.nytimes.com/[...]

2- Buttigieg's campaign average contribution size to the campaign in Q3 was $32, and 98 percent of their donations were under $200. (www.newsweek.com/[...]
3- There is quite alot to be learned from what happened that put

Falling on the far left of the political spectrum and branding one as a 'Democratic Socialist' does based on what happened to put Johnson in power in the UK and I think a good editorial here supports this view www.nytimes.com/[...]

Whether it's Bernie, Warren, or really anyone but Biden they will have my support, and although I am someone who probably falls on the far left of the political line in the United States, I also recognize that the United States as a whole is not. I certainly agree that steps towards a higher level of social programs and support are needed in the US, but it needs to happen at a rate that the nation as a whole feels comfortable with, otherwise in the end, leftward leaning people are always gonna get walloped by the fact that 'Socialist' is still perceived as a dirty word in the US and there will be 4 more years of you know who. I'm not gonna bash Warren, Bernie, or even Klobuchar, I think they're cool. But pleas, jj123 and herenow, go ahead and make a pitch for the person you support instead of this trollish like fact-less attacks of the person I like.

Join the Democrats Abroad WeChat group after you register, and take your debate there for all the political fun you can handle.

@sean1: The thing is that it's a weak field, so I don't really support anyone in particular enough to sing their praises. But Buttigieg (fake), Biden (senile) and Klobuchar (bully) are all just blatantly awful. I suppose I could live with Sanders, Warren or even Bloomberg, although they each have serious flaws.

As far as Pete's donor stats, yeah, a lot of people seem to have been bamboozled, which is disappointing to see. And I don't think the fact that he's the poorest candidate gives any reassurance that he won't cater to the interests that have ravaged the country over the past generation. Maybe the opposite.

Also, while I am not a huge fan of Sanders and therefore am reluctant to carry water for him, I don't think the UK results necessarily translate to the US. Corbyn was abysmally unpopular, due in large part to his humorlessness, links to violent extremists and allowing anti-Semitism to fester within his party. Sanders has none of those faults and polls as the most popular active political figure in the US. Plus Labour's traditional electorate was fractured by the all-important Brexit issue, and there is no comparably powerful wedge issue at stake in the US.

Wow! American politics is now available to partake in in China! goKunming rocks!

Yang is out. No surprise there. So now it's between Gloomberg, touchy Biden and old Bernie. The dems will lose 2020 because they have no clear plan apart from ...RESIST! Come on republicans...get your votes in! Vist their website for more information on how to vote out the desperate dems for another few years until they get muppet Clooney on the scene. 2024 will basically be Hollywood vs Common sense.