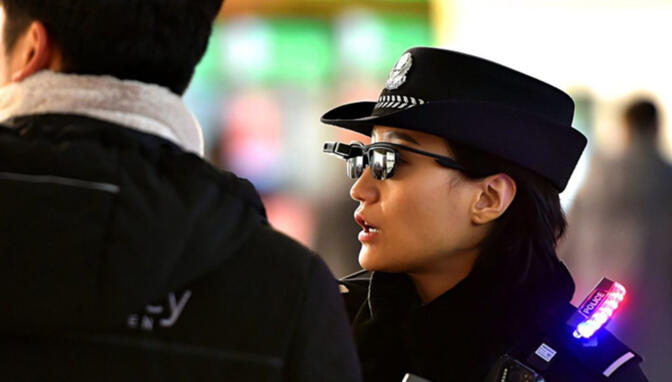 If you live in Kunming, you've probably seen one of the circulars — whether taped to apartment doors, splashed across billboards or handed out directly by employers. Yunnan, and China generally, are waging a war against organized crime. You should know this, you should help out, you should be vigilant, scream the signs.

So what is this all about? For starters, Chinese President Xi Jinping launched the initiative in 2018 with the intent of disrupting gangs and crime syndicates. Over the past year, "more than 10,000 alleged gangsters have been brought to trial across the country [...and] police have smashed 6,000 gangs", according to a report by the The Economist.

Offering up an accounting of how things are going here in Yunnan, several bureaucrats associated with the provincial Information Office took time April 23 to host a press conference. There, they publicly tallied the thieves, racketeers, smugglers and other miscreants provincial police have arrested and taken to trial recently.

Most of the criminal activities enumerated involved some sort of malfeasance along Yunnan's long and often porous border. The litany of 36 specially selected illegal deeds included in the press conference ran the gamut from kidnapping, human trafficking, drug running, operating cross-border gambling facilities and other activities deemed "threats to China's political stability".

All told, since Xi's policy came into effect, provincial authorities have arrested hundreds and tried them in dozens of court cases. Once verdicts are handed down in the most severe of these cases, people's political rights can be suspended for life and they may face prison time, confiscated cash and seized property. In the past 18 months, police have seized 54 million yuan worth of money and valuables during the prosecution of offenders.

This is not the first time and presumably not the last that this sort of publicity will bubble up out of Yunnan courtrooms. Xi's mandate to "resolutely root out black and evil forces" is slated to continue through 2021, and Kunming has its own bit of history with law enforcement vernacular of this sort.

In 2010, the Spring City's wunderkind Party secretary, Qiu He (仇和) pushed an agenda similar to Xi's current one, saying his city would resolutely be "fighting against evil forces". Qiu himself fell afoul of the law six years after his quest to vanquish evil, confessing to embezzling millions and receiving nearly 15 years in prison for his crimes.

It is interesting. The rapid urbanisation created such a complete disarray, that the old moral structure that was prevalent before it completely vanished. So rise of crime is well expected. Same with loneliness, drug abuse and all that stuff,

This seems to be a big deal now going after crime. Will they be able to get it under control with all the numerous other challenges now taking place.

I think it was a concious, unresponsible social gambling, done, with the massive transformation in such a rapid time, Like a blind social experiment.

Lets hope they get it under control..

With the new social credit system and the thousands of cameras all over the country, I think that will help to catch these lawbreakers. Not to mention the facial recognition tech.

@@Peter: Organized crime has been around for a long time in China, pretty much endemic in all class societies of any size - the 'old moral structure' didn't just 'completely break down', and the situation in Myanmar has offered plenty of opportunities.

is there any active portal or website where public can report on a corruption?

Anyway, ishmael, you must feel pride in the labor done. Seems its building up to your ideals.

@Peter: I don't understand what mean - does it have something to do with this campaign against organized crime?

@Peter99
Drugs, human trafficking, and pretty much everything else in this litany of crimes predate urbanization...

Oh yes, Yunnan was a nasty place in history at times. It was indeed famous for slaves trade (human trafficking). And this is a interesting forgotten topic. Many were young girls who couldnt hang onto caravans, and if u got sick, you were deserted, The wolves were hanging behing those caravans for a purpose. Its said u heard the girls and boys cry outside the city walls during night among the wolves howls. In morning no traces left of the kids.

Drugs were so abundant its said onlyin Yunnan even monks were opiate addicts.

But about modern times, my perception is, a relatively stable society was turn into disarray by the extreme modernization experiment. Theres a reason internet and everything else is so hardly controlled now. I think I dont need to point it out.

So that is the poster that says in English: "Wickedness, Clean Environment, Stability, Safety". Surely they could afford to give somebody here a bit of pocket money to check their wording? Unless they really want to disclose their motivation as Wickedness?

@Quester: Has always struck me as very odd that this sort of thing is so rarely done, especially as it would be so easy.

Carefully hurt the feelings of the Chinese people. :)