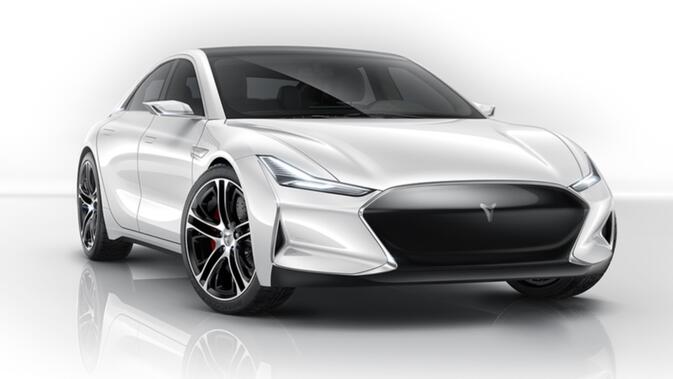 Only a decade or so after China embraced private car ownership with a vengeance, Beijing is looking into how and when the country can effectively eliminate domestic production of fossil fuel vehicles. Speaking at an industry forum over the weekend, Vice Minister of Industry and Information Technology, Xin Guobin (辛国斌) explained "the relevant departments nationwide are creating a timetable for phasing out traditional fuel vehicles".

Xin made his comments at the 2017 Forum on the Development of China's Automotive Industry, held in Tianjin. Speaking to industry leaders, Xin offered no timetable for ending the manufacture of diesel and gasoline vehicles. He did however point to the country's growing ability to innovate and produce hydrogen and battery powered engines.

The country has pledged to cap carbon emissions by 2030, and then gradually reduce its footprint over subsequent years. This sort of commitment will undoubtedly involve cars, and Xin believes the country is realistically approaching a time when alternative fuel vehicles can become the norm. "China has increased its technical capacity to make new energy cars, to the point that in some market segments we can compete with large international brands," he said at the automotive forum.

Before Beijing does ban the production of cars and trucks powered with petroleum products, serious infrastructure changes will have to occur. China has at least 200 million vehicles on its roads, as well as the gas stations to power them. But the country currently claims only 116,000 charging stations for electric and hydrogen vehicles.

That number is expected to rise organically, as demand for alternative fuel cars is skyrocketing. Half of all new energy cars bought globally in 2016 were purchased in China, a statistic Beijing wants to increase drastically in the coming seven years. But consumer concerns remain over the dependability and driving range of battery powered vehicles. Figuring out how to keep the 47 major Chinese automobile companies profitable over the course of any industry-wide transition is another consideration.

Such concerns will take time — perhaps years — to properly address, which is most likely why Xin offered up no immediate timetable for ending the production of traditional vehicles. However, his statements do show at least some commitment to China's signing of the Paris Agreement. Xin's announcement also places China in a select club of countries with similar goals. Germany, Holland, India and Norway have all committed to selling only zero-emission vehicles — all before 2030. The trick for China is figuring out how to make it possible in the world's largest car market.

Bad idea, an environmental catastrophe in the making.

"Electric cars might pollute much more than petrol or diesel-powered cars, according to new research."

Hmmm - complicated - we can screw ourselves in so many ways. Probably best to stick to bicycles and public transportation.

@Geezer, "new research" that was published way back in 2012, and pertains to productions of electric vehicles (EVs) from dirty, coal-fired power plants...

Norway, (where that research paper was written), has the highest per capita number of all-electric [battery only] cars in the world. They are a model nation for EVs, albeit produced from low carbon electricity sources. Luckily for them, 90% of electricity used by Norwegian homes are from hydropower.

As the paper suggested, EVs "make sense" if production comes from cleaner energy sources. This aligns with China's shift from coal energy dependency to renewable ones. This year, China has already halted plans for more than 100 new coal-fired power plants. A stark contrast to Trump's "bring back coal" initiative.

"...if coal was used to produce the electricity."

Just trying to point out that 'clean' EVs is not a simple comparison. If electrical generation is primarily by coal then the solution is less clear.

Is the goal clean air or is the goal to dominate automobile production?

Is the goal environmental protection or to exploit lithium battery production capacity?

Is there a beneficial environmental trade off between vehicle oil consumption and EV consumption of coal generated electricity?

Are EVs a one-size-fits-all solution?

Should the efficacy of a environmental protection regime of a country be considered?

The production of lithium batteries is a messy business. In the US, lithium battery production is being developed in desert areas, far from, and out of sight of, those who would bitch, complain, and shout about environmental concerns.

This time, the resource that is up for misallocation is our one and only environment.

No Geezer, you said, "Bad idea, an environmental catastrophe in the making."

If EVs had your nimble backpedaling feature, they would sell like pancakes. ;)

In 2016, 59% of China's electricity was produced in coal fired plants.

17% of the electricity produced by wind power went unused in China.

Unlike Norway, China's hydro generation is only 21% of capacity.

The underlying problem is a power grid built without market considerations. Forcing increased demand for electricity consumption will not ease environmental pressures.

Indeed still a lot of China's electricity consumption is coal based. But things are changing. In Yunnan more and more coal based plants are phased out because there is surplus of hydropower. Over the last years enormous amount of wind power generators have been installed and near Dali is one of the biggest solar farms in China.
Changes include as well the use of wind power to create fertiliser.
The other change is that Kunming's traffic has turned into stop-go-stop traffic. Electric propulsion is in this case can be less polluting then fossil fuel driven propulsion. Carbon and NOx emissions per km might be lower in these situations even if the electricity is coal based.

@Geezer: "Is the goal clean air or is the goal to dominate automobile production?"
Whose goal?

@Alien: Who do you think? Try a guess.

Why don't they focus on cars running on water?
Right! It 's about the money not the enviroment.

China's capitalist motivation notwithstanding, now you're arguing against EV production in China by claiming, with static data, that "in 2016, 59% of China's electricity was produced in coal fired plants"...

Furthermore, China is the global leader in the renewable energy movement... #1 in wind energy, #1 in hydropower (by far), #2 in solar energy (quickly gaining on Germany).

@bilingualexpat: Your claim "now you're arguing against EV production in China" is a figment of your ideology warped thought process. I know you need to attack me rather than deal with the unsustainability of EV production but so be it.

You claim a 9% reduction in coal production AND then claim coal consumption has fallen 4.7%. Interesting. Do you seriously claim production has declined so much more than use? Does that make sense?

I will leave it to you to dive into the study of China's inconsistent economic statistics. I've been doing it for more than 30 years and usually hit a WTF point sooner than later.

First and foremost, I'm very sorry Geezer for feeling that our argument over data was perceived as an ad hominem attack... often the case when one's core beliefs & values are threatened. GKM is a relatively tight-knit community, and you're a valuable cohabitant.

Said inconsistency of China's statistics is another topic of debate.

But for sake of argument, I'd agree with you. Every nation, company, and scientific research studies have intrinsic biases and may bend statistical data and models accordingly. Some more than others.

I will concede that.

As you astutely pointed out, that 9% may be exaggerated or misinterpreted as year-on-year reductions by China's National Bureau of Statistics (NBS), when in fact that figure may represent reductions over a three-year period since this particular data collection started. Nonetheless, the more conservative estimate of 3% is still a big reduction of coal production.

Even if we view NBS' stats with incredulous caution, the overall downward trend of coal-fired power plants for production of eco-friendly EVs is a positive sign for the environment. Cheers.

@bilingualexpat: No need to apologize, ad hominem attacks to be expected when one hold contrarian positions on common knowledge topics and engages in discussions.

Another fun fact for you: In 2016, China ADDED 48GW, or 5.4%, to production capacity of coal fired electricity generation.

To be fair, power production stats in China are soft at best. Circa 2008, when GDP growth around the world were flat or declining, China posted GDP increase of 6.5% AND a decline in electricity production of 16% for the same period. WTF? Trends for GDP and electricity heretofore had consistently tracked. For 4-6 months electricity production was omitted from monthly and quarterly reports.

Sifting through reports, it is difficult find evidence of any reduction in either aggregate capacity or generation. In fact, the Paris deal allows China to keep increasing her carbon footprint until it peaks in 2030. Only then has China agreed to begin reducing use of coal.

China has been importing coal from NORK, In June, China announced she would curtail such imports. Given that in June the demand for coal drops significantly, I believe China.

the phasing out of fossil fuel cars in china is more to do with available resources than a cleaner environment. If sufficient oil was available (including for future projections), they would planning for the production of more fossil fuel cars to sell that fuel, not electric cars running on power produced by coal, which is...a fossil fuel anyway.

@vicar: You make a good point and I agree. However, China has invested heavily in lithium battery production and the capacity online is no way near being used.

To me it is pretty much 1-2-3: 1 - China's lack of liquefied dinosaurs, 2 - A strong domestic demand for autos and the ability to meet that demand, and, 3 - A really relaxed attitude toward environmental concerns means lithium battery production is a lower cost deal in China.

Lithium batteries are really nasty things that, besides a tendency to go boom, have a lot of bad news byproducts that are hard to get rid of.

Just looking at the wasted energy from heat in internal combustion engines, it seems rather obvious that it's a very inefficient technology. Are lithium battery powered electric vehicles the answer? I'm doubtful. But perhaps widespread adoption could be a bridge toward better technologies (fuel cells?) in the future.

Any energy you need to buy is inefficient. Will we ever be allowed to use clean and free energy?

@vicar: No! Energy is owned by, and belongs to, those who own or otherwise control the organizations that produce it - like everything else.