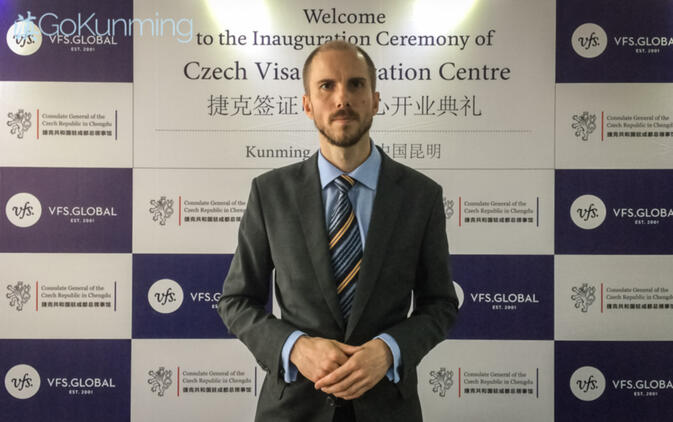 It is now easier than ever for residents of Yunnan to apply for visas to most European Union countries. On Thursday June 16, the Consul General of the Czech Republic in Chengdu, Zbynek Noha, hosted the opening ceremony for the new Czech Visa Application Centre (昆明捷克签证申请中心) in Kunming.

Not only will the visas allow tourists to visit the Czech Republic, but also all other countries in the Schengen Area. Under the Schengen Agreement, tourists may use visas for any one country included in the treaty in order to enter any other country. In an interview with GoKunming, Noha explained some of the reasons for opening the office, saying:

One of the motivations for establishing the visa application center here in Kunming was to come closer to people in Yunnan, and to give the opportunity for them to apply in their hometown so they don't have to travel to Beijing or Chengdu. When it comes to the group of people we will focus on, yes I believe most of them will be tourists, but there is also very good business cooperation between some companies in Yunnan and Czech companies. 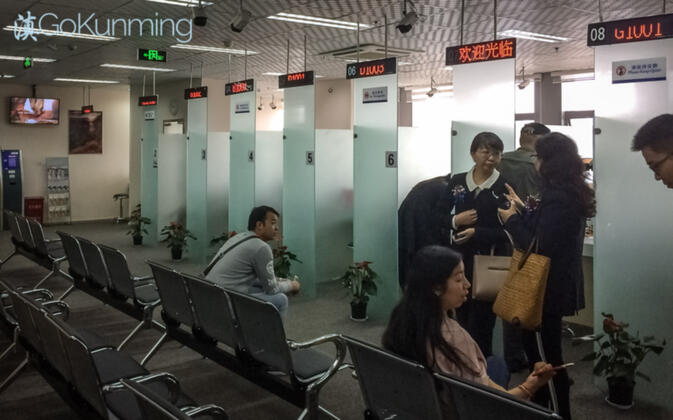 Noha also stressed the specific importance of Kunming among other Chinese cities. Regarding Czech tourism statistics, "the rise of numbers in Yunnan is very high. More and more Yunnan citizens want to travel abroad, and certainly to countries like the Czech Republic," he said. There was also talk at the ceremony of the opening of a new Sichuan Airlines direct flight from Chengdu to Prague next month, which will likely contribute to increased tourism from China.

With the opening of the new visa service center, the Czech Republic has now established eight such offices in China. The newfound convenience of applying for European visas may be part of what is fueling the explosive growth of Chinese tourism in Europe. In 2015 Chinese tourists were ranked eighth in the world in terms of the number of Czech Republic overnight stays.

The application center is run by Huayee Immigration Service Co., Ltd Yunnan (云南华奕咨询有限公司) and VFS Global. VFS Global is an Indian company established in 2001, which is the largest outsourcing and technology services specialist for governments and diplomatic missions worldwide. Rishi Das, VFS Global's head of all Schengen operations in China, gave some remarks at the Kunming ceremony, in which he expressed his hope for increased cultural exchange between Yunnan and the central European country.

The establishment of the Czech Visa Application Centre follows the opening of similar offices in Kunming set up by various countries including Italy, France, Germany, and the United Kingdom. The Czech agency is located at 1079 Beijing Lu, near the Metro Line 2, Beichen Station. Applicants can visit from 8:00am to 3:00pm, Monday through Friday. 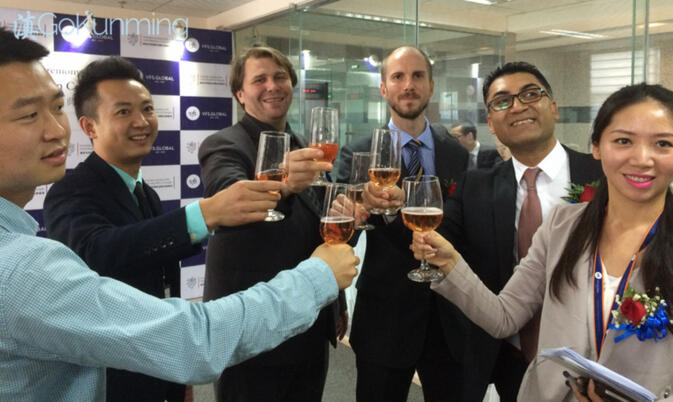 If, let's say, I wanted to travel to France and Czech Republic on a Czech Shengen visa, would I have to enter Europe in Czech or could I just as easily fly into, say, Paris?

Read the text:
"Not only will the visas allow tourists to visit the Czech Republic, but also all other countries in the Schengen Area. Under the Schengen Agreement, tourists may use visas for any one country included in the treaty in order to enter any other country."

Generally you are required to apply for visa via the consulate of country of entry to Schengen area. If you fly from Kunming to Paris, you may have to apply Schengen visa from French consulate - Czech or other countries' consulates may refuse the application.

Flight ticket reservations (round-trip China-Europe-China) are usually required, so they see what your entry point is. In above example, Czech immigration probably does not want to take responsibility if you fly to France and then decide to stay there as illegal immigrant.

But if your flight ticket allows cancellation and changing the point of entry after you get the visa, you are probably fine. Though I would not be surprised if there are questions on arrival passport check.

@JanJal Thanks - that was the clairifcation I was after.

About that entry point - as far as I know Schengen visas will be issued for the first country of entry (Which would be France on the Paris trip) OR the Euopean country you plan to spend most time in. So, providing you wanted to stay in Czechoslovakia for most of the time, this visa would be useful. Check this though as I used that method around 5 years ago. If it's no longer available to do that then a transfer (Paris to Prague) would be the solution. No?

just little correction if I may. Czech Republic & Slovakia are separate countries since 1993. There r no borders between as they r in EU like others but they have separate embassies ( in BJ they r in the same building I think ). Just in case somebody doesn't know.