By Chris Horton in Features on February 3, 2009 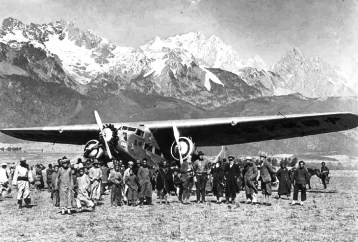 As domestic and international travel to Yunnan increases, the province has been rapidly expanding its aviation infrastructure. What few know is that the foundation of the province's airport network was laid more than 70 years ago by Americans and Chinese working for an often-misunderstood Chinese/American-owned commercial airline known as China National Aviation Corporation, or CNAC.

Founded in 1929 by aircraft manufacturer Curtiss-Wright, CNAC – originally known as China Airways – ran into difficulties dealing with Chiang Kai-shek's Nationalist government and was sold to Pan American Airways in 1933.

CNAC fared better in China under Pan Am management and began to service routes linking the US, Pan American's Pacific network, and China's major urban centers, first flying into Kunming in 1935. It was one of two commercial airlines operating in China in the 30s, the other being Lufthansa's JV with the Nationalists, Eurasia Airlines. Runways were hard to come by in China at the time, and CNAC had a competitive advantage with its several river planes, which often made water landings on the Yangtze and other waterways. 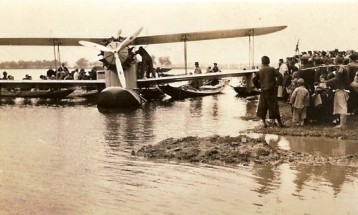 War was to quickly alter the fates of both Eurasia and CNAC. After the invasion of China by Nazi Germany's ally Japan, the Chinese military absorbed all the assets of Eurasia Airlines. By the end of 1941, CNAC was making evacuation flights as well as the dangerous supply runs between India and Kunming for which it became famous.

When the American Volunteer Group (AVG), aka the Flying Tigers, a group of volunteer fighter pilots flying for China, disbanded in July of 1942, the majority of its pilots joined CNAC rather than return to the US military. This blurred the lines between CNAC and the Flying Tigers as the 'original' Tigers were now seen in CNAC civilian uniforms.

American Diego Kusak, whose father Steve Kusak was a CNAC pilot, grew up on the Spanish island of Mallorca listening to stories about CNAC – and 1940s Kunming – told by many of the CNAC and original AVG pilots themselves. Kusak is bringing the CNAC story to Chinese museums for the first time in an exhibit featuring articles belonging to his father as well as local collector Gong Kangyi (龚康毅). 'CNAC over the Hump' is currently the featured exhibit at the Kunming Municipal Museum.

"This exhibit isn't about war, it's about the love of aviation that was behind the founding of CNAC," Kusak told GoKunming.

A major challenge for Kusak's exhibit is to clearly separate the histories of CNAC and the Flying Tigers, a name which was given to them by Kunmingers during the war, and the American military units that later came to fight and to transport over China. Most Chinese and Westerners are still unaware of the key differences between the commercial airline CNAC and the Flying Tigers, who flew missions against Japanese bombers and fighters from December 1941 to July 1942.

As Japanese forces gained ground in southern China and Burma (now Myanmar), Yunnan became a critical launching pad for both CNAC supply missions over the Himalayas - a route which became known as 'the Hump' – and AVG engagement with Japanese planes in south China and Burma. By 1942, when Allied forces came to join China in the war, Kunming became one of the major military air hubs of that time. 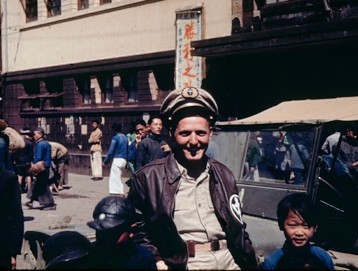 Kusak's exhibition is as much about the roots of aviation in Yunnan as it is about the turbulent history and politics of China and Asia in the 20th Century. Even while the Allies and the US military began to take control of most of the air routes over war torn China, CNAC managed to survive as a Chinese-owned, commercial and profitable airline. On one hand CNAC was flying under contract for the Allies, transporting weapons, soldiers, war materiel and medicines over the Hump.

On the other hand, CNAC was the only commercial airline taking passengers from Kunming into India and vice versa via the Hump route. At the time, no safer route existed out of China.

'CNAC Over The Hump' features dozens of photos plus film of China, Yunnan and Kunming in the 1930s and 40s. It will run at the Kunming Municipal Museum through the end of March. The museum is open daily from 9:30 am to 5 pm.

very interesting exhibition i'd highly recommended to those with any interest in history. i saw it last week after reading about it here, and was impressed with the amount of photos and material collected. hopefully we can see more focused local history exhibitions in the future.

Excellent exhibit. The number 1 city bus will get you there.

Hi, I am Diego Kusak. I needed to make a clarification.

We usually say "...AVG...disbanded in July of 1942, the majority of its pilots joined CNAC rather than return to the US military", but that is not an acurate statement.

The truth is that the majoirty of the pilots that stayed in China went to CNAC, but not the majority of all the pilots. Most returned to the US to positions in the military or civilian life that they had prior joining the AVG (for example as test pilots for the new airplanes being designed at the time).

The list I give here is not 100% acurate yet, but it gives an idea on how AVG ended.

Out 318 men and women that made the AVG in China:
95 were pilots.
Out of less than 95 original AVG pilots,10 were KIA and 7 died in other circumstances.
22 of the pilots were discharged for various reasons before the AVG was disbanded.
Out of the 56 pilkots left, 31 returned to their posts in the US or jobs they had prior to joining the AVG.
20 went to CNAC
5 stayed with the US military in China.

These are rough statistics. For example, one the of the pilots was POW in 1942 and scaped in 1945. Then he joined CNAC. So it is hard to make bold statements about this unique group of fighters.

A more acurate statement would be that "the majority of pilots that stayed in China did so in CNAC and not in the military."

Hi Diego,
This is Yanyan from Minneapolis. What an achievement you have made. I am so proud of you. The exhibition is amazing. I have The reason to be very grateful to the Flying Tigers. I am from Kunming and was able to come to the U.S. to study thank to Stilwell Scholarship. General Stilwell is one of the tigers. Thank you so much for doing such a great job to remind people of them and to connect people all over the world. God bless you and god bless America.
truly,
yy

The CNAC Exhibition is a wonderful thing and I am happy it has come to be.
CNAC is also strongly linked to the Flying Tigers and many former Flying Tiger pilots flew for CNAC. Film director John Woo is getting his project underway to make a film about the Flying Tigers.

The story, the real story, of the Flying Tigers far exceeds anything any fiction writer could dream up. The suffering of the Chinese people was enormous and the history here demands respect. The potential for a great film is most significant and I wish Mr. Woo every success in this important film. Great care needs to be taken with the casting as any mistakes here can ruin the film.

One of my friends father flew DC-3s over the hump . Here is his I.D. flag
if he crashed . I'd love to know the direct translation .

I've just uploaded a few vintage photos of U.S. arrival in Kunming in the 1940's for those interested:

As China-U.S. tensions rise, it's important to remember we once stood together as allies.

I'm not sure why - careful with what pronouns stand for - but it's a very interesting and exciting history.

"we" for the sake of simplicity... after all, we share same bonds as those in distant galaxies. But glad you know your history.

OK. but I think.I'd use 'they', for accuracy' - 'we' is too simple and too vague, besides which it seems to speak primarily to US and Chinese posters.

Anyway, note that, for the US military and government, the China theatre was considered the least important of the various theatres of WWII in which US military personnel were engaged, whereas for the Chinese it was, obviously, the most important.