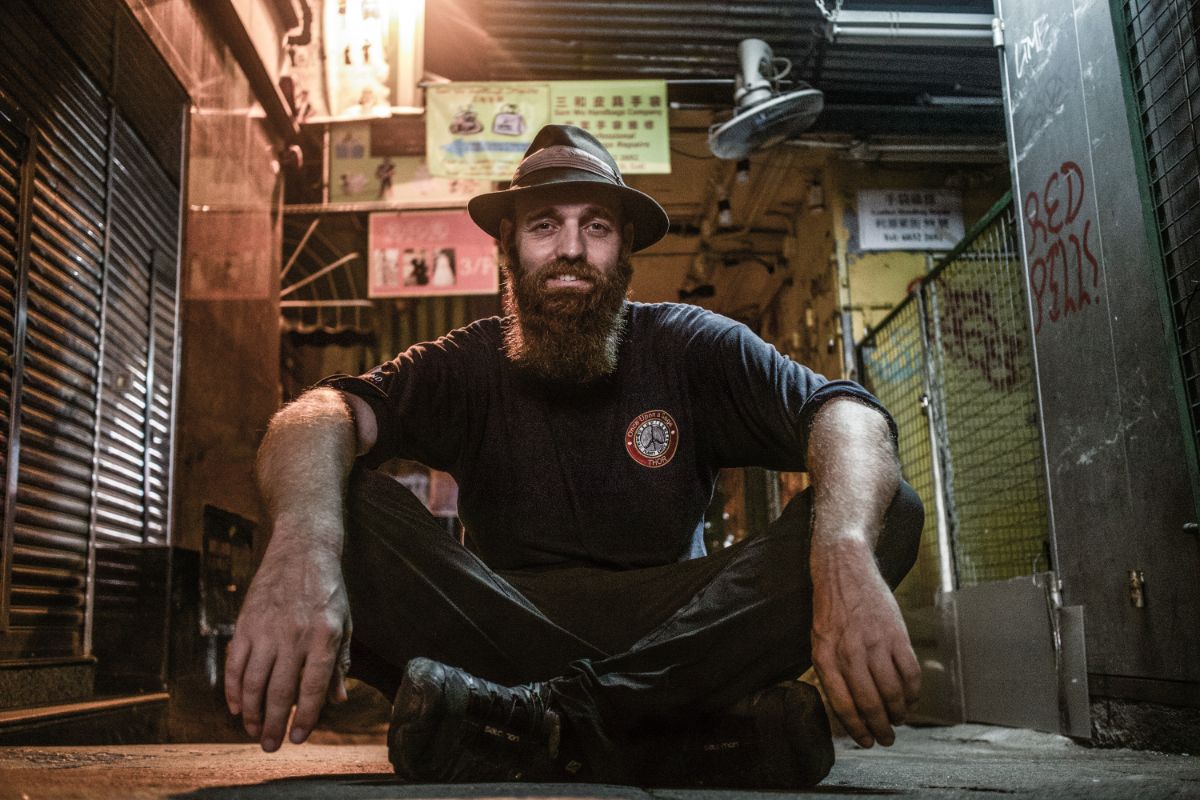 Danish traveller Torbjorn Pedersen has been on the road since 2013. Both on the high seas and on the road, to be precise, because Torbjorn, or Thor to friends, does not take planes - his mission is to become the first person to visit every country in the world without flying. Thor travels overland or by cargo boat, and being a proud descendant of Vikings, Thor calls his quest a "saga".

When Thor arrived in Hong Kong in January 2020 on a container ship from The Federated State of Micronesia, he had just nine countries left: Palau, Sri Lanka, the Maldives, Vanuatu, Tonga, Samoa, Tuvalu, New Zealand and Australia. 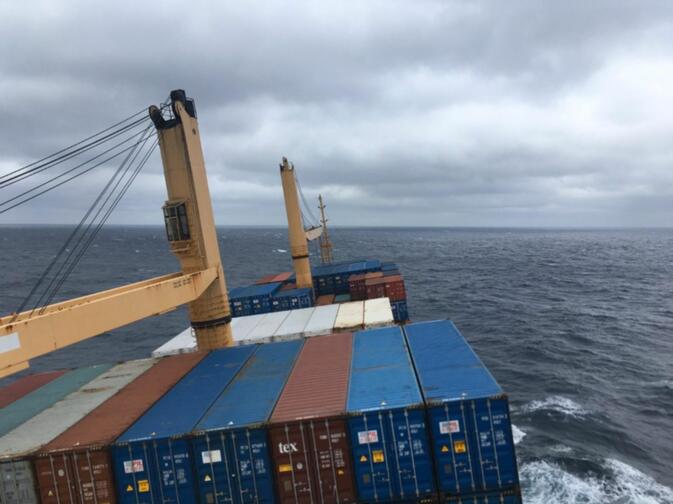 The containership that took Thor to Hongkong

Once these were done with, Thor could go back to Denmark, marry his long-suffering fiancée — she has been with him throughout the entire saga — and start his new career as a motivational speaker. Thor was done, really sick of travelling. He had been to 194 countries, and all he wanted to do was to go home.

It was not to be. Shortly after he disembarked in Hong Kong, the COVID-19 pandemic made borders close one by one, but Thor was not overly worried at first. This was not the first deadly virus he encountered during his saga.

Back in 2015, Thor travelled through West Africa overland in the middle of the Ebola outbreak. The feared Ebola failed to stop the Dane, but COVID-19 has proven a tougher adversary, trapping Thor in Hong Kong.

Recently, Thor recalled his Ebola travels over a few beers:

I am on a bus in Mali, heading towards the border with Guinea where the worst of Ebola was, and I start seeing all these signs – Ebola! ... I thought – on this side of the border I am safe, but if I go to the other side - I am DEAD. I was that scared.

But, having crossed into Guinea,

within the first 15 minutes 80% of my fear disappeared – people were acting normal, taxis were running.

A local villager invited Thor to stay with his family for the night, and he gladly accepted. Nobody was wearing face masks. Those twenty percent of the original fear was still plenty...

I just took a deep breath!

Did I breathe in Ebola? he would catch himself thinking.

I knew that Ebola does not transmit like that, that you had to make physical contact to get it, that it was deep in the jungle. But you get irrational from the fear. Even people who don't believe in ghosts don't want to sleep in a haunted house, people are just idiots like that.

Ebola virus, unlike COVID-19, is unable to travel through the air. Touching contaminated surfaces is the main path of transmission of Ebola, which gave rise to new habits:

I got into a taxi in Guinea and wanted to fasten my seat belt, and the driver said – No, we don't touch anything inside the car with our hands now, apart from the door handle.

Did he really have to go through countries were Ebola was raging? Could he not have just gone back and returned later? Thor says he could not. Restricted to travelling overland, he was too deep inside the vastness of the African landmass. To continue with his project, vising every country in the world without flying, the only way was through the Ebola outbreak.

In Africa distances are huge, 7-8,000km, and then, what kind of kilometres? It is thousands of kilometres on African roads! And then you have the borders, the checkpoints and the bureaucracy in between. In Mali I got the visas (for Guinea, Sierra Leone and Liberia) and I was racing against the clock, my girlfriend was going to land in Accra in Ghana on a certain day. And I better just be there when she landed! 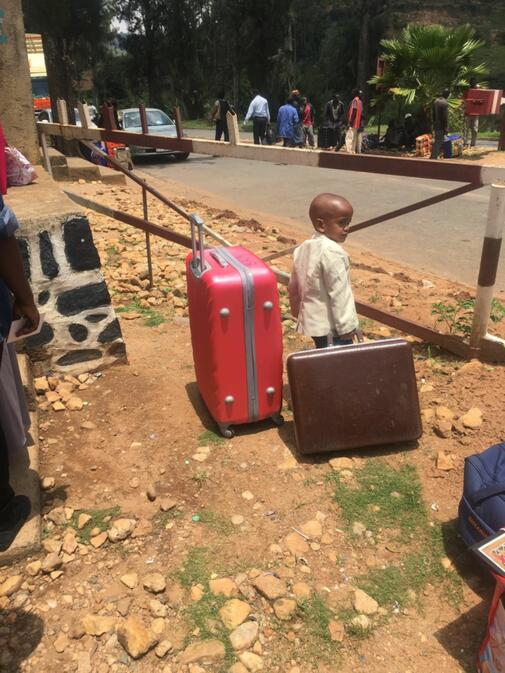 Checkpoint between Burundi and Rwanda

There was no lockdown, no restrictions on travel in any of the three countries– Guinea, Sierra Leone and Liberia, in the epicentre of the outbreak. Just countless checkpoints where temperature was taken and everyone was made to wash their hands. Some people just went through the motions. Thor always washed his hands thoroughly.

Before getting on a bus, you stick your head inside, quickly have a look around and if nobody is sweating excessively, coughing or bleeding, you get in. If you see someone who looks suspicious, you skip the bus and take the next one.

Ebola dominated the conversations: "How far did it get? Do you think we are getting real information? How many people have died? Do you know that it is man-made, a military experiment gone wrong?"

Thor hitchhiked and sometimes shared a car with half a dozen people, yet he says he felt safe enough:

If you got sick with Ebola and were contagious, you were lying down dying, often in a village isolated from the city. You were not going anywhere. This was the safety in Ebola.

He did get a scare when one driver stopped to buy some bushmeat.

There was a man by side of the road holding some huge rat by its tail, trying to sell it. I know that Ebola was travelling with rodents, bats - when the animal was dead, the virus multiplied on it, people buy it on the market, touch it and get Ebola. I was telling the driver – hey, this potentially spreads Ebola! He was, like - nah, no problem! We travelled for hours with that rat in the trunk.

The Red Cross told him that witch doctors were a real problem — someone sick with Ebola would be brought to a witch doctor and then someone with a headache will visit him and get Ebola.

Having travelled through the three worst-affected countries – Guinea, Sierra Leone and Liberia, Thor had to cross into the Ivory Coast, by then Ebola-free. The border was shut to keep the virus out. To enter, he had to provide a permit signed by the President and the Defence Minister of the Ivory Coast. Thor is an ambassador for the Danish Red Cross and with their help, he had managed to get the signatures.

At the border, they could not believe that the signatures were real. After several hours of checking the letter the Ivorian immigration officials said - we cannot stop him! But then it was the police - after one hour of looking at the letter, the police said – damn, this is real! 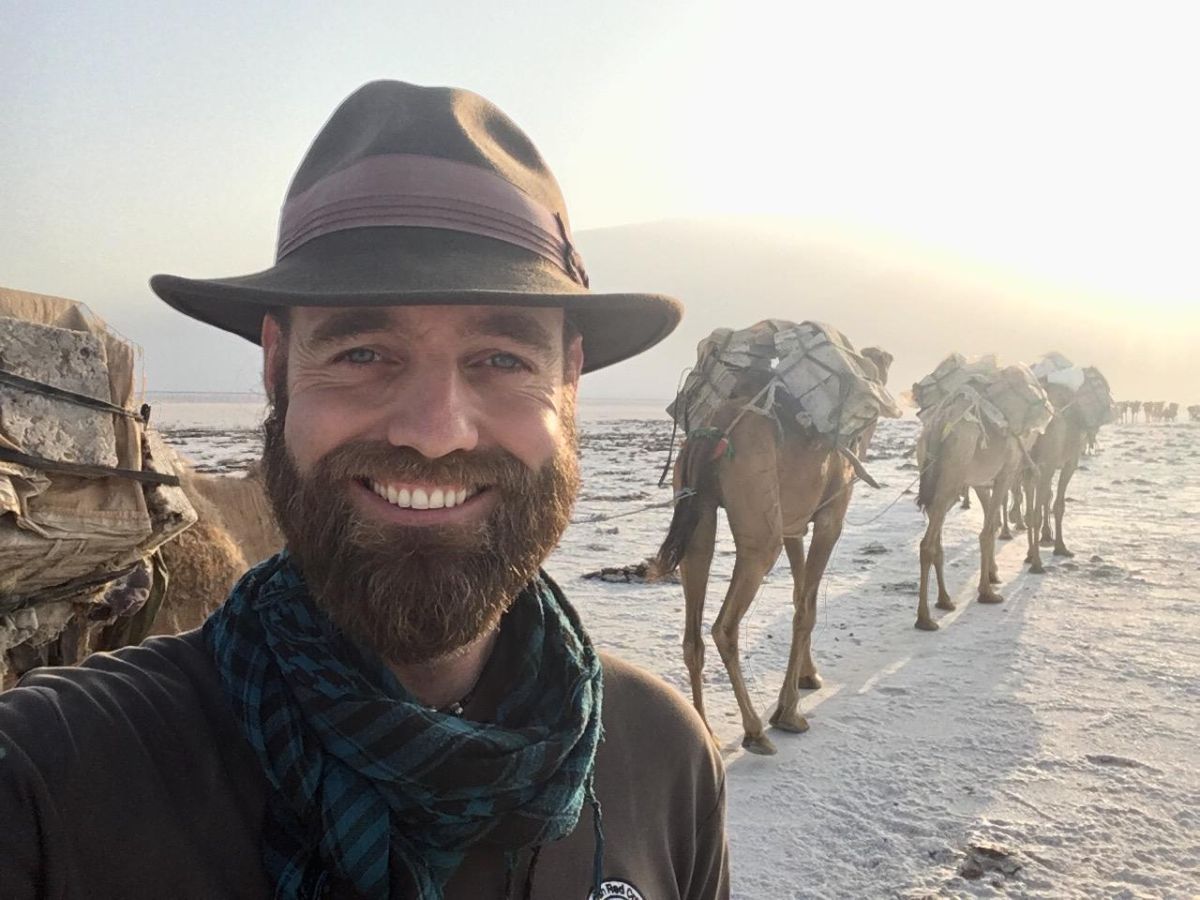 Thor now spends his time in Hong Kong hiking, updating his website and social media, doing public speaking and giving interviews. The Dane is determined to wait however long it takes till the borders are reopened, then tick off the final nine countries and finally become the first person in the world to visit every country without flying.

Hopefully he can do it before another virus jumps to humans from animals. 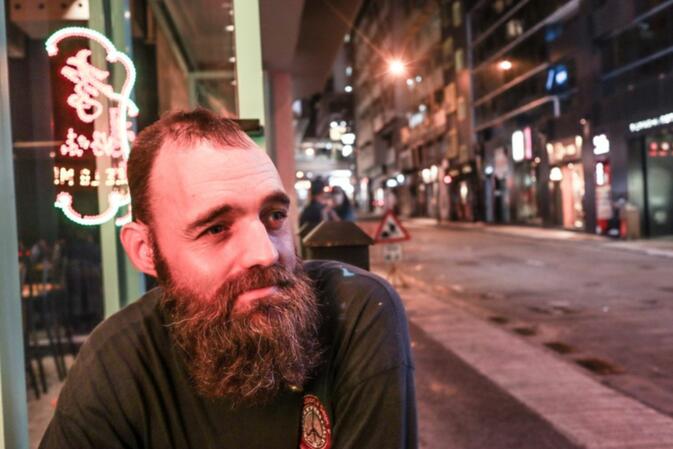 Editor's note: Londoner Pavel Toropov is a former elite distance runner based in Hongkong, who has now made a transition from competitive running to race organization, sports media and tourism promotion in China. He is a frequent contributor to various publications on the topics of Chinese tourism, running and the outdoor industry, while also consulting for foreign tourism and sports organizations and companies. He also leads Chinese tour groups to the north and south poles. If you have a story idea, feel free to get in touch with us via the contact form.

What a long, strange trip Thor has had!

When & if Ebola mutates and goes airborne, it will make CV-19 look like child's play.. A book, 'The Hot Zone' will make you a believer..