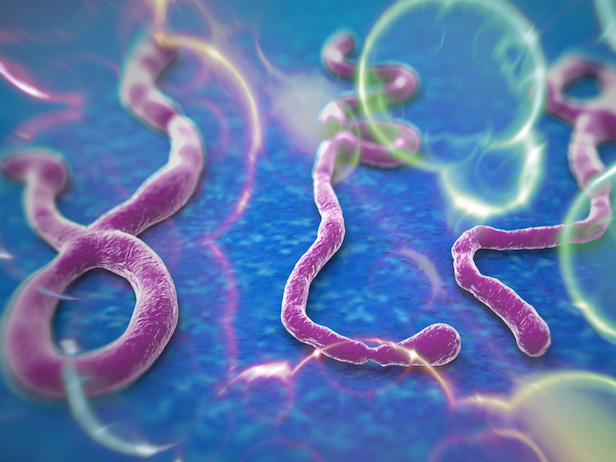 Although no cases of Ebola hemorrhagic fever have been reported in China, provincial governments are taking preventative measures in an attempt to curtail spread of the virus if it does arrive. In Yunnan, A coalition of administrative departments has been ordered to manage education, inspection and emergency preparedness efforts province-wide as of October 18.

The coterie of bureaus combines resources from 21 branches of the government and will be jointly overseen by the provincial Health and Family Planning Commission and the Emergency Management Office. One of the group's main duties will include setting up or improving screening procedures for incoming travelers at airports, train stations and overland border entry points.

In addition, the coordinating group is tasked with educating "grass-roots medical staff" operating in the countryside. This will involve, according to a government brief, instructing doctors and nurses on how to properly identify and diagnose Ebola while limiting the risk of infection to themselves or others working in clinics and hospitals if the need should arise.

Much of the group's direction will be handed down by the country's Center For Disease Control And Prevention (CDC). The CDC operates under the auspices of the Ministry of Health, which has final say in setting up standards for quarantine and treatment when and if the virus should arrive in China.

The current outbreak of Ebola infections began in the African nation of Guinea at the end of 2013, spreading most seriously to the neighboring countries of Liberia and Sierra Leone. As of this writing, the virus — commonly referred to in Chinese by the transliterated name yibola (伊波拉) — has proved seventy percent fatal to the 8,900 people so far identified as infected.

Understaffed health clinics in West Africa have for months been begging the world community for increased assistance in dealing with the outbreak. Now generally referred to as an international crisis by media worldwide, the virus has spread beyond its African origins but only on a very limited scale. However, the World Health Organization official in charge of managing the outbreak issued dire proclamations if more is not done. Foreign aid has been ramped up in recent weeks, with the United States pledging to build 17 treatment centers in the region over the next month.

A Chinese drug-maker declared last week it had developed an experimental vaccine — called JK-05 — for the virus. Conflicting reports claim both that the drug must undergo clinical testing before it can be used in Africa and that thousands of doses have already been shipped to Africa but are for aid workers only.

China currently has some 20,000 nationals working in the three African nations where Ebola cases are most concentrated, although many of them are being recalled. Perhaps due in part to this, an epidemiology modeling lab based in Boston has predicted China is the Asian country most vulnerable to occurrences of the Ebola virus.

"Jon Stewart warned ... not to turn to the media for Ebola news, unless they want to be totally and illogically freaked out."