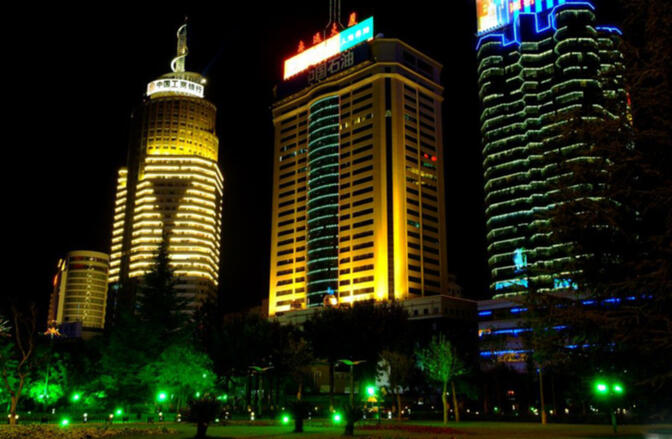 Urban planners have spent the past year looking to identify the defining essence of Kunming, the intangible stuff that sets it apart from other provincial capitals. A local scholar believes he has found at least a partial answer, one that involves some serious historical understanding and a new name for an old urban landmark.

During recent city government meetings held to assess adherence to the province's most recent five-year plan, a study group from the Kunming General Office Task Force headed by Zhou Xin (周忻) suggested changing the name of Dongfeng Square (东风广场) to Huguo Square (护国广场). Zhou argued that the current name — 'Eastern Wind' in English — is outdated and lacks any refined or significant cultural meaning.

On the other hand, his suggested replacement is heavily laden with historical connotations for both the city and province, which Zhou and his colleagues say could help "cultivate the city's international brand" as a growing regional powerhouse. The name 'Huguo' refers to a short-lived but successful insurrection at the beginning of the twentieth century, the name of which is variously translated into English as the 'National Protection War' or the 'Anti-Monarchy War' (护国战争).

A bit of historical unpacking is needed to see why Zhou's proposed public square name-change has received widespread government backing. At the end of 1915, only three years after the fall of China's Qing dynasty, Yuan Shikai (袁世凯) — then-president of the fledgling Republic of China — proclaimed himself emperor. In turn, a group of generalissimos in Yunnan rose to oppose him, declaring the province an independent state and thus launching the war.

The conflict would last only six months, as Yunnan-based forces led by warlord Tang Jiyao (唐继尧) and others soundly defeated Yuan's army in a series of battles. The victories emboldened other provinces in China to oppose the emperor, and in July of 1916, Yuan's short-lived imperial reign came to an abrupt end.

Just over 100 years later, it appears Party authorities in Kunming have seized on the National Protection War as a defining moment in Yunnan's history, and one deserving of commemoration. Along with his proposed renaming, Zhou also put forth the idea of building a war memorial gate on the east side of the plaza.

However this obscure bit of Chinese history may fit into the "international branding" of Kunming, one thing remains certain — Dongfeng Square, by whatever name, is expected to become an iconic destination for both locals and travelers in the near future. Name-switch or no, the former home of Kunming's Workers Cultural Palace (工人文化宫) will eventually be occupied by one of the tallest buildings in China — the 456-meter tall, Lord of the Rings-inspired Eye of Spring.

More to the point, will it be a pedestrianised square again, possibly even better since previously it was dissected by a road? It used to be a bustling centre for all manner of activity each evening.

Another half empty tall office building.

I kind of liked the atmosphere around the old Workers' Cultural Palace, and I'm not seduced by the identification of tall buildings with 'progress'. As for the name - "what's in a name"? Perhaps the state might ease off a bit about presenting us all with the identities that they would like us to have.

one shot, man subdued. if this had been america it would have been empty magazines (pl).

a park would be nice, the city centre lacks parks

but mcdongface would fit the example better and raise a smils

The 407-meter Eye of Spring (aka "Dongfeng Square") skyscraper will reign supreme momentarily before being quickly dethroned by a even taller 458-meter skyscraper by developer Greenland (绿地东南亚区域总部中心) in Wujiaba (old airport):

Lord of the Rings-inspired? Referring to Sauron's tower in Mordor? Mordor is now openly a symbol for how society here is heading?

Beg to differ. In a world of over-populated cities, eco-scraper (or green skyscrapers) are needed more than ever via sustainable development to curb carbon footprints. China is leading the way with the vision of environmentally-mindful architects from around the world. Societies need to build up in lieu of compromising nature via flat.

@ bilingualexpat: Interesting point, thanks. But I think the main problems are (1) too many people and (2) too little cash going into this kind of thing, and into real estate developers' pockets, rather than into the rural environment.

@Quester - have you seen the drawings/designs? The eye of Sauron. I didn't know someone had actually thought it was a good idea to name it Eye of Spring. Is this true? I can't believe it and I hope it's just a joke. Humanity is doomed if this is the future.

Why not call places by the names that people want to call them by, whatever that is, rather than some name assigned by some nationalist-political-historical dudes in power? Would be easy to do a survey. Whose city is it, anyway?
Sauron & Co. are way too weird - now we build a world based on movies? I think Tolkien himself could have seen through that.