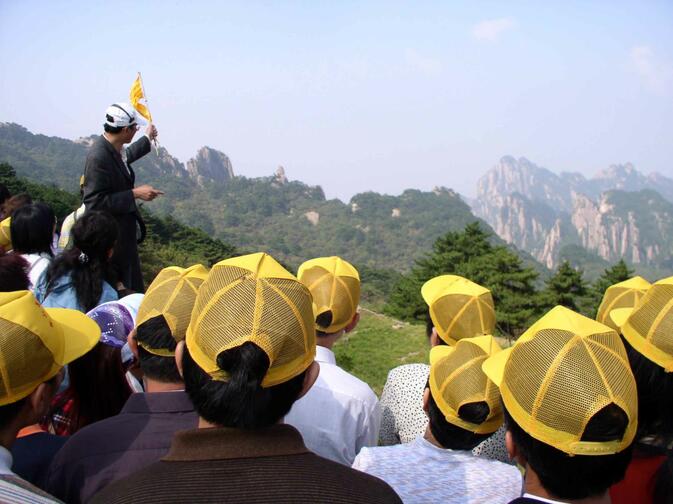 The most recent example of package tour operators intentionally gouging their clients in Yunnan made national headlines this past weekend. However, armed with new laws, this time provincial authorities took quick and decisive action that could signal change is coming to China's rough-and-tumble domestic tourism industry.

At issue is a cell phone video of an irate and ill-mannered guide repeatedly ripping into passengers on a tour bus. The woman, surnamed Chen, was caught on camera berating travelers who had not, in her mind, spent enough while visiting Lijiang. She repeatedly questions her captive audience's "moral standards and consciences".

If each of you cannot spend 3,000 to 4,000 yuan, we will cancel the rest of the trip [to Xishuangbanna]. Your flight tickets home will also not be covered...You need to at least spend for the sake of your conscience. If you cannot do that, there will be retributions coming your way.

Once uploaded to social media sites the video went viral and stirred up public outrage, prompting the Yunnan Provincial Commission on Tourism Development (YPCTD) to suspend Chen's operating license. The company she works for, Kunming Fenghua Travel Agency, was also fined 20,000 yuan (US$3,200), ordered to temporarily suspend operations and placed under further investigation.

Chen was punished under statutes designed to protect travelers and was codified as the "Tourism Law of the People's Republic of China", a series of provisions promulgated in the run-up to the 2014 National Day travel period. The law specifically forbids tour operators from selling cheap travel packages and then accepting kickbacks from businesses they force vacationers to patronize.

Spokesman for YPCTD, Liu Kunfeng, in an analysis on the video quoted by news outlet Crienglish remarked that Chen's behavior was clearly a blatant violation of tourism laws:

First thing, the tour guide forced them to shop. If the video is real, then her words certainly violated regulations. Secondly, her attitude is terrible. Third, she used abusive language. So based on these aspects, we can say she violated [national] regulations.

Tricking tourists into shopping excursions is not simply a problem in Yunnan, as evidenced by the negative netizen reaction to Chen's video from all corners of the country. Perhaps this precedent, driven largely by public outrage, will lead to needed reform across the tourism industry.

Great!!! Finally!!! Glad to see this is now finally taking place. My wife and I were trapped in a Honk Kong tour for 2 days with the same type of evil person as described in this article. They held my wife's passport so we could not leave on our own and kept us trapped in a bus for hours were we had to listen to the BS the tour guide had to say.

my idea of hell

Was recently warned about some trend in Southeast Asia about 'hypnotizing' ppl who go to ATM.

Maybe this is same 'hypnotizing' - the tourguide in the video sounds like a 'hypnotizer'.

It doesn't sound like it's legal if tour groups hold your passport without your consent. I wonder if authorities can get involved in those cases.

...but tour guides get paid literally nothing apart from commission on these extra sales'

@Peter99
What you're talking about is some kind of powder they use. I forgot the name. It let's them take care of your mental defenses. You wind up giving them your bank pin number, etc. My wife told me about this a long time ago.

...but...now the tour comps will have to pay them properly

The rant (in Chinese, requires proxy)

Stikes me as really weird that any tourists would put up with this kind of crap.

Well, Liumingkea, yea. Heard it more than once that scammers would use "hypnotizing tehniques" outside banks and ATMs, and in fact I think Ive even seen some story on this in Bangkok Post (or other).

Well, its probably an urban myth too, who knows, but anyway we can be pretty sure that scammers try to use any available tool out there. It wouldnt surprise if some of these tour companies would actually have tried hypnosis on clients - he-he.

Liumingke. About this "powder" that makes you dizzy and changes your willpower. Its been in some Chinese Wechat stories. Sounds a bit like a classical "someone must have put something in my drink" - well, who knows.

This article is not reporting what really happened. The tourists signed a contract where they bought a "1 renminbi tour" including food, accomodation and visit to dali, lijiang, sichuanbanna and other destinations but the package required to spend from 3000 to 4000 yuan in shopping. Once in the locations the tourists refused to buy goods, on the bus the tour guide insulted them (she gets payed according to the money tourists spend in shopping) and one passenger took a video of her delivering it to the media.
Just an abuse case from multiple sides...

you can' hypnotize people to do something they don.t want to do.

a friend of mine took a 11day trip to europe. the moment the boarding was complete, the guide asked 400 euro from each passenger or she wouldn't guide them. no sightseeing, etc. and of course she kept the passports.

The group-tourist industry largely exists to prevent people from traveling and to make them think that they have.

This is a bit of a toxic industry, especially in China. It needs regulating and enforcement. Glad to see this has happened.

As for 1rmb tours. They should be very easily to regulate out by targeting them. It is, I believe illegal to tie tourists to spending money. I have no sympathy for anyone in this case.

Only the PSB and upper echelons can request and withhold your passport in exchange for a detailed receipt.