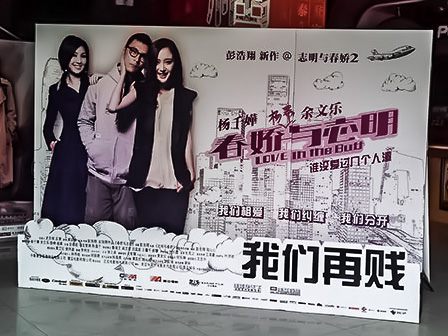 We thought these sorts of movies were illegal

A survey conducted earlier this week found certain areas of Kunming are suffering from a proliferation of poorly translated signs. A team of experts found several instances of advertisements, public postings and official signage with mistakes written in both Chinese and English, Yunnan Net is reporting.

The work committee formed to research the use of 'non-standard' English was made up of local law enforcement officers, chengguan and language experts. Together they examined signs at the train station and airport as well as in the area around Green Lake Park. 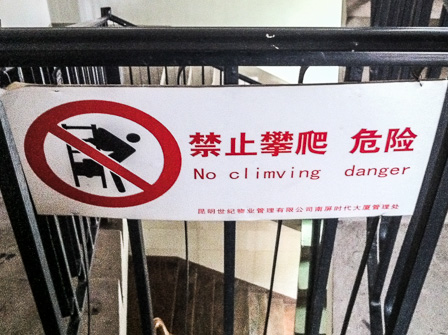 During their investigation, the team found several examples of improperly translated signs in English. Perhaps surprisingly they also discovered instances of simplified and traditional characters used together.

In an effort to rectify the situation, which has been deemed misleading to children, a task force was formed to scour the city and fix incorrect signs. How exactly the task force will convince business owners to alter their advertisements and other postings was not explained in the Yunnan Net article. 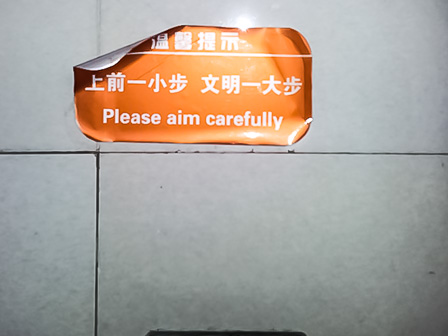 A 24-hour hotline has also been established and citizens are encouraged to call 63167610 to report typos and other mistakes on any sign or posting they may come across. The hotline went into operation April 24 and will be available until May 20. However, when GoKunming called to verify if the hotline operators were bilingual, no one answered.

A reporter for Yunnan Net conducted his own impromptu survey and found some interesting and often hilarious examples. On a restaurant menu gongbao jiding, commonly known in the West as kungpao chicken – was translated to "palace violence diced chicken", while fresh-squeezed juice (鲜榨果汁) became "fresh-fried juice."' 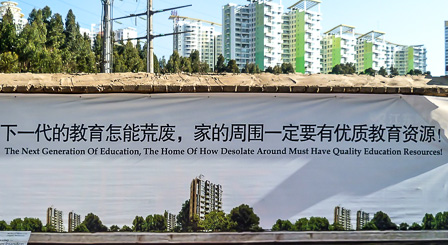 At a shop near our apartment we found a sign with Kunming spelled incorrectly!

no!...please...
I love Chinglish! Nothing better on a crappy day, than walking down the streets,
-reading what sort of plants are being raped=park signs,
-what cuelty has been shown to food-in menues,

-or whoever designed those roadsign being drunk and just throwing letters together that looked the most appealing.
I blame it on the baijiu.

I say save Kunming's Chinglish.

I find people in Burma are speaking Chinglish. When I speak English, sometimes they may not understand. But after realizing they are using Chinglish, I turn to Chinglish.

It works much better than English.

"A 24-hour hotline has also been established...when GoKunming called to verify if the hotline operators were bilingual, no one answered."

Bless you, Kunming. The more things change, the more they stay the same.

@Stathis, in Burma? Burmese people speak very good English, not Chinglish at all. Their road signs are usually written in correct English with very few mistakes. But I agree that Chinglish in China is hilarious...

The first movie poster is less about Chinglish hazards, than bad font choices. The English name of the movie is "Love in the Buff" - And they understood what that meant.

At the Kunming Canadian Secondary School, the toilets are labeled "Lady's" and "Gentle's".

Jeremy; same problem. If they had any clue, they'd have chosen another font.

If we remove the colloquial qinglish - the locals won't understand the correct english...

My favorite of all time is Carefully Fall to the River with Complicated Cake a close second.

Anyone seen the "Zoology water closet" by Dian Chi? Some sort of utility building..but the sign makes me curious about whats really inside

Agreed that the English level of people in Burma is far superior than the one spoken by the Chinese. Ironically, since their independence from Great Britain, it was mostly Indian people who have been teaching English to the Burmese. However in China, they keep insisting on following some mystical urban legend about how someone who looks the part would be more suited in teaching them English. And yet they keep struggling.

When it comes to proper English, I really place my trust in the chengguan.

"Love in the Butt" hahahahaha

Half of me screams in pain at the sight of Kunming Chinglish, the other half revels in every godawful example. Oh, the quandary! Thankfully this will be simply be "Gvt Initiative #83" which comes to absolutely nothing.

I honestly love the chinglish, brings a smile to my face! And these days every bit of humor to offset the negative aspects has value (traffic, customer service, traffic, traffic, etc...)

Also could you imagine if all the chinglish was reported? Would need a good 50 government employee's to just to register all the instances...

@Asanee, maybe I am too overgeneralized. I just helped my company to negotiate with three persons from Burma. Kind of Chinglish. Maybe just a coincidence.

Best one for me was in the old airport in the late 90s: "Warmly welcome foreign fiends"