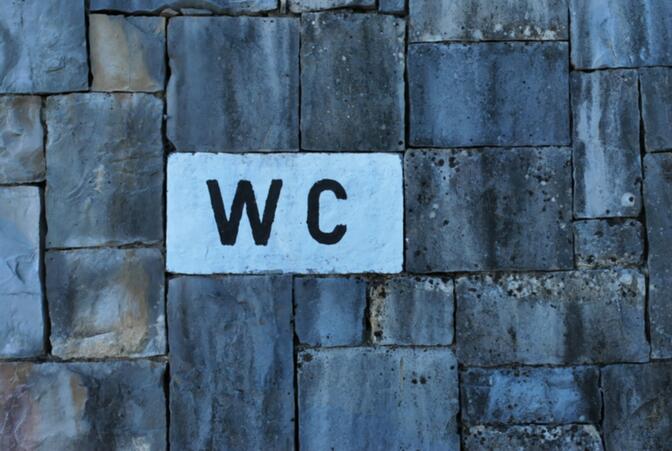 The battle for the souls of Kunming's toilets continues, apparently. Following years of negative publicity, angry pronouncements by government officials and some sweeping changes, the Spring City's public toilet revolution entered its not necessarily long-awaited digital phase just after the end of Chinese New Year.

Nearly four years ago, use of every one of the 1,400 public toilets then scattered across Kunming was made free. It was hailed in local news accounts as a "revolution" aimed at making tourist stays in Yunnan's capital more convenient and comfortable. Months later, municipal officials allocated 90 million yuan to make the newly free bathrooms cleaner and greener.

The next phase has now arrived, complete with a digital application, cloud computing assistance and a 55 million yuan price tag. The Yunnan smartphone travel app now features some 800 toilets in Kunming. With the click of an icon, interested parties can locate a digitally equipped toilet near them.

These features are not only available here in Kunming, but also at select tourist attractions throughout Yunnan, according to news reports. Using the app, or by checking a digital readout screen located outside each loo, one is now able to learn how many times a given commode has been used in the last 24 hours, the current temperature and humidity inside a stall, as well as the "real-time concentrations of nitrogen, ammonia and PM2.5" particles.

Potty humor aside, the effort to make Kunming and Yunnan travel hotspots more attractive to visitors is an earnest one. Many of the digital bathrooms are more eco-friendly than their oft-criticized predecessors. The computerized system monitors water use, cleaning schedules and peak hours, among many other factors. The hope is that by crunching the numbers, management of connected facilities will steadily improve.

As part of the revolution, by 2020, the Kunming commissions of tourism and finance will fund the building of more than 1,600 new public facilities. Meanwhile, at the provincial level, another 5,000 toilets will be created or renovated to keep up with national standards created in Beijing.

With the investment of such large sums of money, and using the nascent power of big data, Yunnan tourism entities believe they have found a solution to the province's bathroom woes.

Things have improved a lot. I'm not sure that I am ready for Weechat though.

So...how many flies are acceptable this time around?

There's an app for shat.

I wonder if it will be possible to check the "real-time concentrations of nitrogen, ammonia and PM2.5" inside a stall before and after your own visit.

I see everyone's so quick to poo poo the idea...

Kunming has really gotten better and better. Making toilets free and more available is a great start. When you eat food from China, chances are you will experience 'the runs'. We need more toilets for sure.

I'm sure this will attratct many new tourists (LOL). Meanwhile, the majority of Chinese toilets stink so much I can hardly breathe in them. I know how to keep toilets clean but it would be deemed to expensive by the authorities. Sad really, but I'll do what anyone else does if they are dying for a piss and there are no clean toilets...piss/spit in the street so I don't get sick. It's not as though I'll look out of place. To the KM government: You'll only get out as much as you put in.

If tou were here let's say 10 to 13 years ago you would appreciate the changes being made. The reason why the bathroom stinks in some places is because the sewer system is inadequate making for a stinky backup problem.

@vicar: "I know how to keep toilets clean"

In most public toilets in city (and beyond) that I have seen, they have a cleaning person stationed on the premises. I don't know know if they even go home for nights.

In many countries that alone would be considered a huge investment, but obviously not in China.

Basic problem is that users of toilets don't give a damn about anybody else.

Speaking of toilets, how long will the "this building has old plumbing" excuse continue to hold water, so to speak.