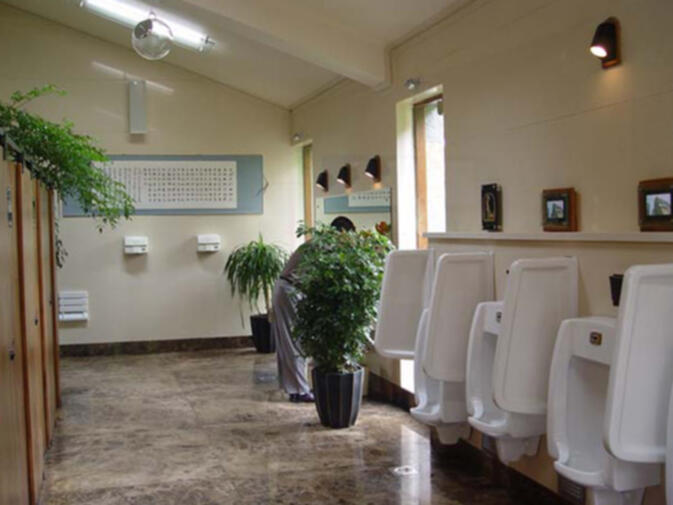 Two months ago the Kunming government, at the urging of provincial Party Secretary Li Jiheng (李纪恒), made all public toilets in the city free. However, a spate of recent "surprise inspections" by local newspaper reporters reveal compliance with the edict has been limited in certain parts of the city.

Ending charges at public restrooms was billed by the Kunming Urban Management Bureau's Department of Sanitation as a "toilet revolution". The transformation was also to include the construction of more up-to-date facilities in many of the most high-traffic areas in Kunming. However, according to multiple articles published over the past week, many toilet operators, especially in the city's Guandu District, are now charging all patrons a five mao "rehabilitation fee".

Reached for comment, urban management officials explained, "These toilets that are charging a fee may not have received proper notification, [but] these are isolated cases." Those claims aside, public reaction has been vociferous and grumpy on social media, prompting a single journalist to visit 30 public facilities across Kunming in a single day, nine of which were found to be charging some type of fee.

The offending toilets reportedly often had a small printed notice pasted on the wall encouraging angry patrons to call a management company phone number to voice their concerns. Repeated calls by the reporter were alternately hung up on or went unanswered entirely.

In the wake of this story, municipal officials have vowed to ensure all public toilets comply with the new regulations. They have also pledged additional money toward upgrades to existing restrooms, the building of new ones, as well as the purchase of several "mobile toilet" units. According to Chinese law, cities are required to have one public bathroom for every 2,500 residents. Kunming currently has 1,418 public restrooms, falling roughly 200 short of the expected number.

Perhaps most famously, three years ago Yunnan's governor deemed the province's public restrooms the worst in China. During his diatribe, he graphically related a story in which after using a highway bathroom in Mengzi (蒙自), the stink of the place remained in his clothes for hours afterward while he attended government meetings.

hardly a revolution then, but it's good to know that I can rightfully refuse to pay to answer the call of nature

Is it isolated cases if the one public toilet in center of Greenlake charges?

Report them. That's how things change.

in Hangzhou the toilets are nearly all new, clean(ish), and free. And you never see people pissing or crapping on the street.