As the summer of 2018 wound to a rain-soaked close, I was presented with an opportunity to see Yunnan in a way a hadn't in quite some time. Two friends were getting married in the city of Ruili (瑞丽) in southwestern Yunnan. There was no doubt I was going. The only question remaining unanswered was how to get there.

Three friends and I decided to rent a car and drive, stopping in at both familiar destinations and other places we'd long wanted to see along the way. In part one of this article, we headed out of Kunming, through Anning (安宁) and past Yunnan's Dinosaur Valley. The next stop was the tiny little hamlet of Yunnanyi (云南驿) — from which the province takes its name — and then on to Dali Old Town (大理古城).

A day and night in Dali Old Town

We'll pick the story up in Dali, where we chose to stay for a bit. The city is Yunnan's second-most visited locale, trailing only Lijiang (丽江) in terms of sheer tourist numbers. Having first visited back in the late 1990s, and moving there in 2000, Dali has always been a place I've kept a protective eye on.

For the time of year, our road trip visit featured good weather — crisp, comfortable days clear enough for great views of the rumpled Cangshan Mountains (苍山), and sunshine enough that jackets were an afterthought. To me, despite incessant development over the past 15 or so years, Dali retains many of its charms. I was however, slightly taken aback by two things.

The crowds in the evening were almost unreal. Going out for a stroll, tracking down hidden dining options and discovering courtyard watering holes took some serious wading through crowds. Over-commercialization was an evident and major concern, as expressed in the endless shops selling yo-yos and djembe, but also in the unending procession of empty guesthouses marching toward the lakeshore, many shuttered for now by a government edict first issued in 2017. 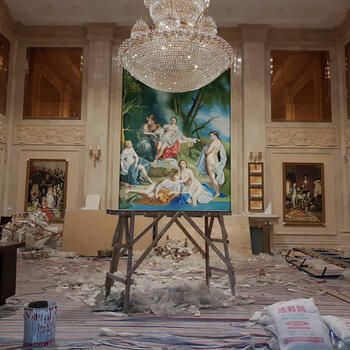 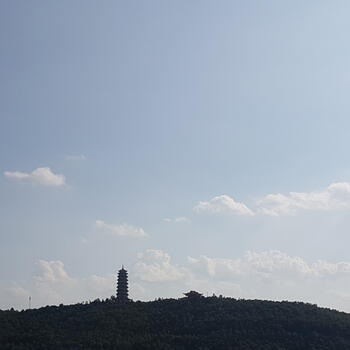 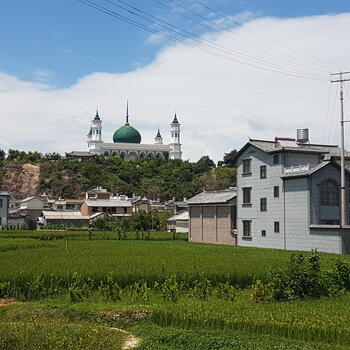 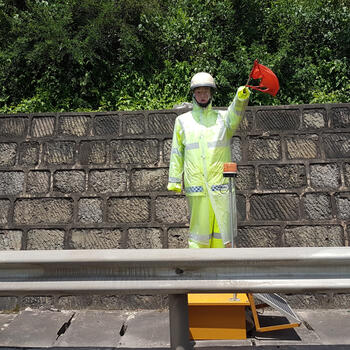 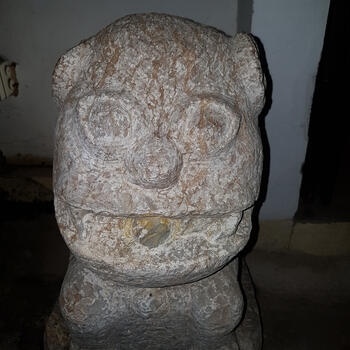 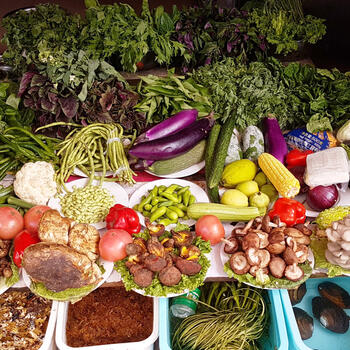 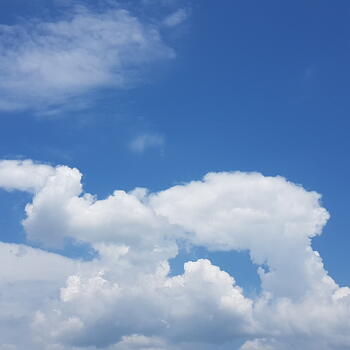 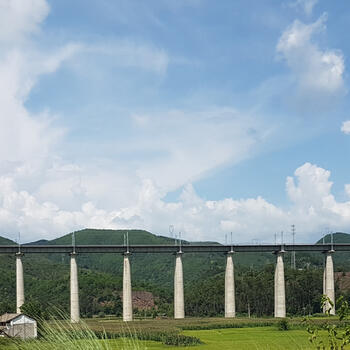 Getting out of all the madness still wasn't particularly difficult, as the tourists tended to swarm along only a dozen or so streets. Nonetheless, it was a choking mess in some places, a sentiment I heard echoed by locals over dinner and in snatches of conversations I overheard between discouraged visitors from China's east coast.

Not to sound like a scold, but Dali in particular, and Yunnan in general, have some heavy lifting to do. If what happened to Lijiang wasn't enough of a wake-up call a decade ago, then I hope the situation in Dali — closure of 1,000 largely unregulated businesses, a lake in peril from rampant pollution, overdevelopment and a gluttonous, overfed tourism industry — might shake people out of their torpor. Perhaps I was just grumpy and pining for the past. We'll see.

Despite my concerns about the old town outgrowing its britches, the Dali valley in general remains a fantastic and lovely place to visit. So it was with a mixture of wanting to stay longer, to see old friends and venture further through the valley, and a desire to get back on the road, that we hopped back in the car. Our course would take us roughly west by south toward Ruili.

Heading southwest toward the tropics

The highway would take us right by the cities of Yongping (永平) and Baoshan (保山), both of which we wanted to explore, but neither of which we felt like there was time to. We guessed correctly, as although the highway connecting Dali to Ruili is smooth and remarkably free from traffic, it is also pocked with nearly constant, time-eating speed limit changes. Despite a dearth of other cars, the 300-kilometer downhill push — covering an elevation drop of more than one kilometer — seemed to take forever.

But the scenery was lovely. Along the way, we passed endless low mountains, many of them completely blanketed in green following the rainy season. As we sped by, it was difficult to tell if these were mighty plantations of palm oil, unending stands of rubber and banana trees, or rather healthy stretches of forest. We assumed one of the former, but hoped the latter was true.

From Kunming to Dali we had noted the marked changes not only in geography, but in people. While the demographic divisions are never cut and dry in Yunnan, watching for subtle differences helps alert interested travelers when they are passing from a predominantly Bai minority area into, say, a Hui Muslim one. Such was the case as we traveled west. Big white mosques appeared atop hilltops, and we knew those would, in turn, give way to shining gold temples once we reached Dai and Jingpo areas closer to Myanmar.

The kilometers sped by, and soon enough, as the temperature rose and the roadside greenery intensified, up popped a series of Theravada monasteries. Some of them were tiny, while others seemed to loom massive and gleaming out of the forest on distant hillsides. We were approaching Mangshi (芒市), where we would stop for dinner.

The home stretch: Mangshi and Ruili

Known as a city full of temples and pagodas, Mangshi represents — in my opinion at least — a gateway to some of China's most ethereal food. Influence from the Han Chinese is of course vast, but the region's cuisine draws on Burmese cooking traditions, as well as those of many other ethnic groups. Because of the local climate, citrus fruit plays an important roll, as do flowers, bugs and loads of chili peppers. Needless to say, I was looking forward to dinner.

Our stay Mangshi was not to be long-lived, as we still needed to soldier on to Ruili before it got too late. We did find time to meet up with old friends, who took us down a series of streets and alleys to a place we never would have found alone. Together, we ended up at a large, modern house with a spacious covered veranda. It turned out to be a private, and very delicious, restaurant. Wine — not for the driver, mind you — and a plethora of amazing dishes ensued.

We sampled mushrooms steamed in banana leaves, a crunchy pork skin served with a fiery sauce, a deliciously herbaceous root no one at the table could properly name and a dish of stir-fried flowers. Somehow, those dishes and everything else paired wonderfully with the imported Italian wines graciously provided by our friends. From what we saw in our brief time there — I had never been before — Mangshi warrants a far longer stay. It seems big enough to support a variety of experiences, with plenty of cultural sights to investigate. 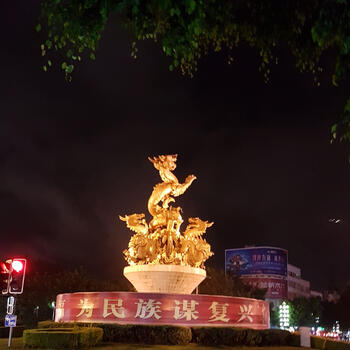 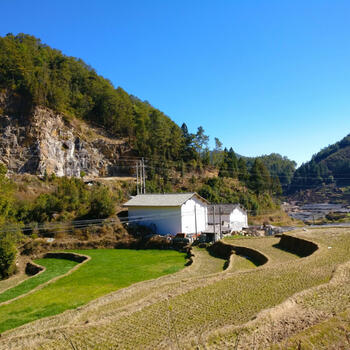 It was back to the car after dinner for the final sprint to Ruili, a 90-minute drive pushing ever closer to Myanmar. Heavy trucks laden with enormous cargos of wood logged across the border headed in the opposite direction, while the roadside billboards announced endless opportunities to purchase fine Burmese jade at the markets ahead. The sky darkened with clouds and our way was made just a bit slower by rain and fog. We rolled into our hotel just before 10pm.

The three days we spent surveying Ruili were a mixture of sleep-deprived meandering and raucous celebration. Our friends were duly and properly hitched in a bilingual ceremony broadcast live back to the groom's parents in England. The receptions and parties — there were at least three, if not five — were beautiful, strange, messy and wonderful, all rolled into one.

Rural Yunnan met the expat world, which somehow led, at times, to breakdancing, DJ performances, predictable linguistic confusion, naps literally taken in the road, an extremely hungover visit to the local botanical garden and the quaffing of near fatal amounts of Myanmar Beer. But those are stories for another time.

Did you see evidence of the Dali-Ruili railroad being constructed along the way?
Did it look like they were making much progress?