Up to 1,000 Dali businesses to close in face of new policy 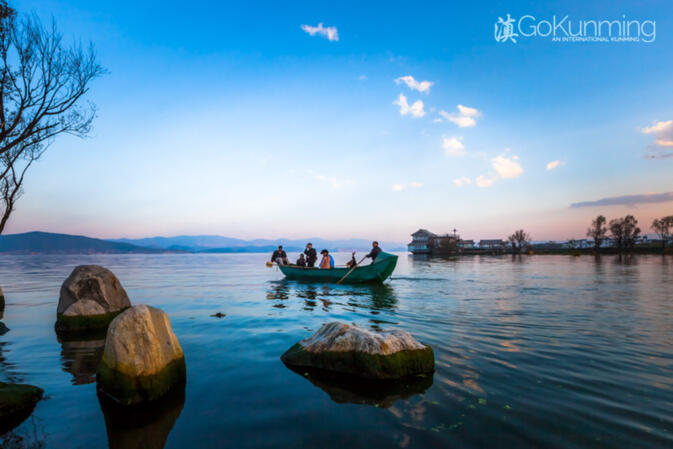 A new edict has come down from the government of Yunnan's Dali Prefecture (大理州), one with the potential to shutter 1,000 service industry businesses for more than a year. Effective immediately, all companies operating in close proximity to the shores of Erhai Lake (洱海) must conform to updated sewage disposal requirements or close until they do.

The order covers all commercial operations located within a 100-meter "core area" surrounding the lake, most of which are hotels, guest houses, restaurants and bars. A ten-day period of inspection began April 1, during which government officials will check each company's health, sanitation, and hygiene certifications, as well as a slew of other documents needed for an establishment to function legally.

Those businesses found to be lacking the proper government-issued documentation will be forced to close, possibly for 15 months. The reopen date coincides with the July 2018 planned completion of a new water and sewage treatment plant currently under construction. In the meantime, shuttered establishments are expected to procure their needed certificates, update their plumbing if necessary, and connect to the 235 kilometers of newly built sewage lines.

All of this activity is focused on the scores of food, beverage and other hospitality outfits that have appeared up and down Erhai Lake's coast over the past five years. Government officials believe "several hundred" of these businesses are opened each year. Many of them are suspected of depositing sewage, food waste and other detritus — knowingly or not — directly into the lake because of a basic lack of water treatment infrastructure.

Such dumping in the Erhai basin, coupled with contaminated runoff from agricultural and livestock operations, has today led to a "50 percent higher 'pollution load' affecting the lake" annually, according to government statistics compiled between 2004 and 2016. The result is a body of water ripe for outbreaks of cyanobacteria, which in turn lead to algal blooms that can cripple a lake ecosystem. 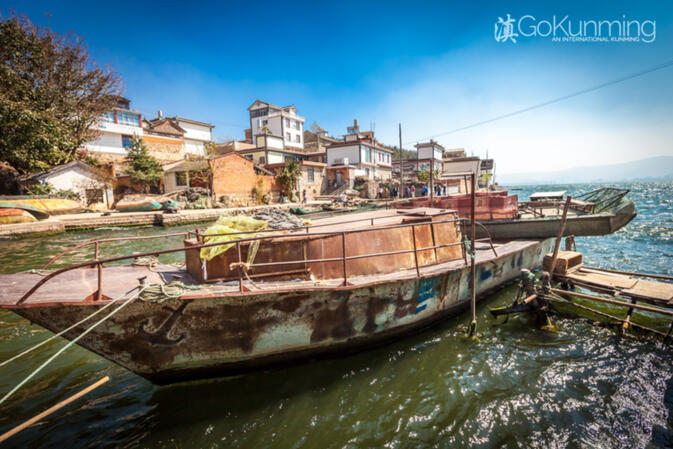 Erhai is Yunnan's second largest lake, and each year its waters bounce between Class II and III of the national Environmental Quality Standards for Surface Water. The former designation indicates a healthy water source capable of supporting fragile or endangered wildlife, while the latter is acceptable for human swimming.

The worry in Dali is that without increased oversight of local businesses, the lake water could quickly slip to class IV — which should "not directly be touched by humans" — effectively destroying one of the region's prime tourist attractions. The Dali valley experienced more than 38 million "visits" in 2016, a 170 percent increase over five years ago. This explosive growth in the tourism economy has dramatically influenced the local economy, but also revealed enormous holes in the region's infrastructure. And so the government has instituted the new business freeze. Reaction has been mixed, with many locals shrugging off the pending business closures.

The new guest houses and bars, they argue, are owned by already wealthy Sichuanese and people from northeast China who moved in to take advantage of the tourism boom, polluting in the process. However, business owners such as Mr Zhao, who spent six million yuan (US$870,000) to open a guesthouse, worries about his livelihood and those of his employees. He blames government inaction and "hasty decisions" for the entire situation, saying:

Why have I lost my confidence? Who doesn't want to protect Erhai? Who doesn't want the lake to be more beautiful and attract more and more guests? We all support the good governance of Erhai, but when we [business owners] go to get the proper permits, they won't give them to us.

Zhao expects the required upgrades to his three-story boutique hotel will cost him a year of lost revenue and one million yuan (US$145,000) in cash. He is considering cutting his losses and perhaps moving to another Yunnan travel hotspot, Tengchong (腾冲).

Good, ditto, although there may be some validity to the guy's complaint about how it is being done.

I visited Dali, 2-3 years ago, and cycling around the lake I could not believe that they had built hotels/guest houses along the shore side.
One also needs to think about the run off from the construction sites, going into the lake, with local small building firms doing the jobs.
I am glad that they finally jumped on this.

Definitely a step in the right direction. Just hope they follow through on enforcement.

"However, business owners such as Mr Zhao, who spent six million yuan (US$870,000) to open a guesthouse, worries about his livelihood and those of his employees. He blames government inaction and "hasty decisions" for the entire situation, saying:"

Well maybe if he'd built his guesthouse properly with connections to sewage, etc he wouldn't be in this position now...

!0 years ago this plan was set forth with millions from beijing. meanwhile Dali gov spent all the money and did nothing other than sell more building permits regardless of the plans which were supposed to be developed.
Last year Beijing verified the water quality and the shit hit the fan...What did you do with the money??? and why hasnt any infrastructure been built?? so now, a la chinese dali gov is playing catch up on the expense of the public...

On the other hand, Fu Xian Lake officials were never given full control so Beijing always monitered progress over the years resulting in better infrastructure and somewhat control of overbuilding.

I see on CGTN that the government has just released its 3rd wave of environmental inspectors across the nation, to evaluate local government performance. It looks like they are getting serious this time.

Heads need to roll in Yunnan.

The dali situation is killing the economy, presently Dali is a ghost town.

The businesses affected will retaliate..

Move in the right direction, but too little too late?

I hear lots of locals in Dali are suffering from the mass shortage of tourists, not just the foreigner-run guest houses around the lake. Short-term sacrifice for long-term sustainability I suppose. Hang in there Dali.

i also think that 5* tourist sites in yunnan have got a bad name. with weibo etc bad experiences have gone viral. i think there is a bit of, they have consumed the goose that laid the golden egg. not just dali

Who gets most of the eggs?