As the summer of 2018 wound to a rain-soaked close, I was presented with an opportunity to see Yunnan in a way a hadn't in quite some time. Two friends were getting married in the city in Ruili (瑞丽) in southwestern Yunnan. There was no doubt I was going. The only question remaining unanswered was how to get there.

Flying was the simplest and most direct option, while taking a bus was yet another, although not one I particularly relished. As yet, the railway connecting Ruili to cities in Yunnan's east remains a few, if not several, years from completion. But a third option was also there for the taking — renting a car and driving.

Even ten years ago, this wasn't the easiest proposition, but as China has fully embraced its car obsession and highways across the province have grown and improved, so too has the rental car market. And so it was settled, my wife, two friends and I would pick out a comfortable sedan and, a few days before the wedding was to be held, get out of Kunming for a good, old fashioned road trip. 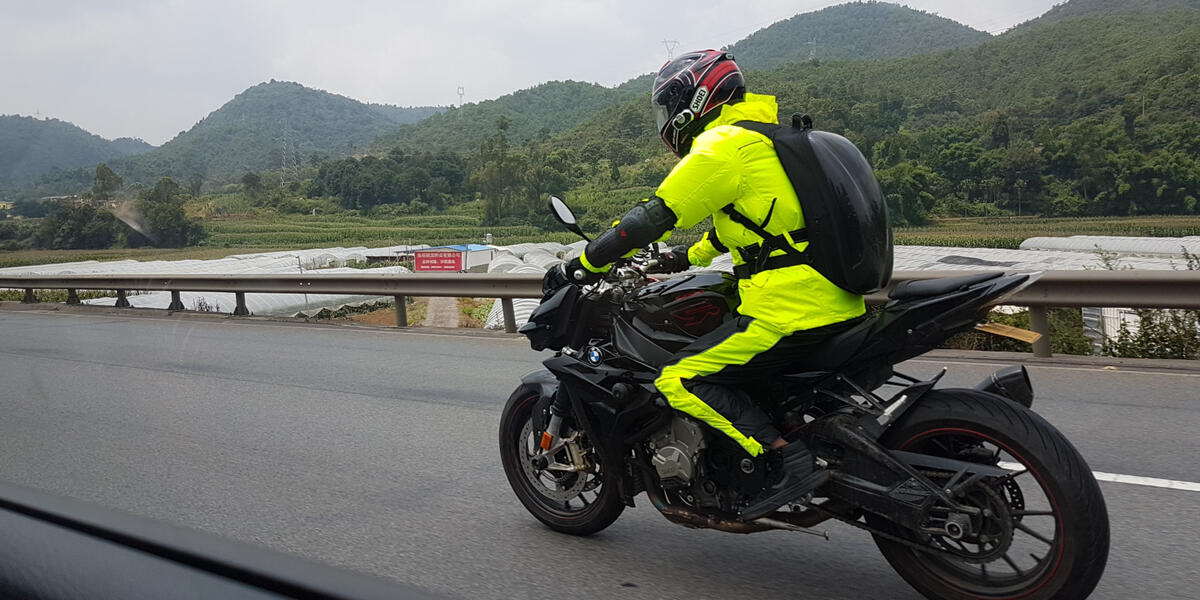 We set out after picking up our rented, shiny bluish-black automobile in the morning. As it was summertime, a light rain was falling and traffic heading out of town moved at listless pace. Soon enough, however, we were on the highway, passing through some very long tunnels and then zooming past Anning (安宁).

Anning was historically 'famous' for its hot springs and a few hidden grottoes, but today it is known for petrochemicals. On our way by the city we puzzled over the factory buildings beside the highway. Some of them looked more like half-alive monstrosities from an H R Giger painting than they did like functioning industrial plants. The factories faded into our rearview mirrors at about the same time traffic thinned out significantly. Happily ensconced in the fast lane and listing to some fabulous tunes, it began to feel like the trip was truly underway. 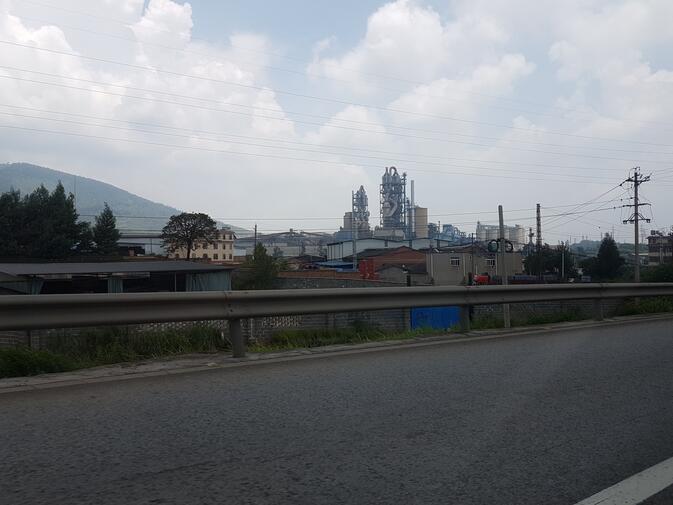 From Anning it was a quick and uneventful cruise into Chuxiong Prefecture, the home of several...let's say 'undervisited', roadside attractions. Perhaps the most interesting of these is Dinosaur Valley (恐龙谷). We could tell we were getting close by the decorations on the homes along the way.

At some point between Anning and the Dinosaur Valley, the rural mud-brick houses beside the highway changed color from earthy or white to orange or yellow. Each one is painted a similar shade and adorned with decals up near the eaves depicting different dinosaur species ringed by patterned flourishes — a not-so-subtle effort by the local government to drum up interest in the area's prehistoric point of interest. 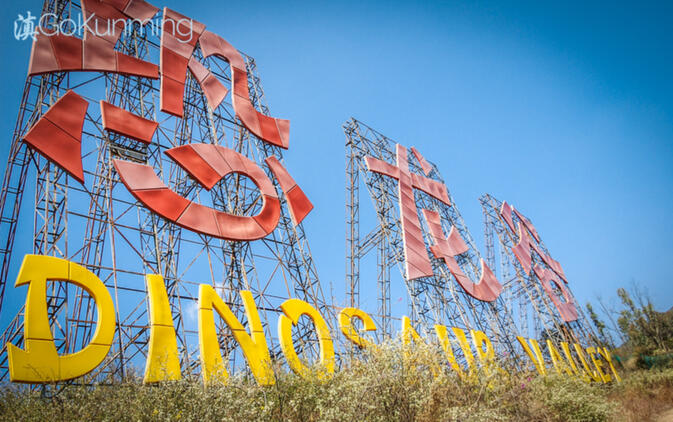 Dinosaur Valley is an odd jumble of tourist attractions that includes a paleontology museum, an amusement park and dozens of authentic fossilized Jurassic-era skeletons estimated to be about 175 million years old. Each one was pulled from the ground in Lufeng County in the years following an initial 1930s discovery by paleontologist Yang Zhongjian.

Having already visited Dinosaur Valley a few years earlier, the closest we came was a nearby rest stop. And that roadside bathroom warrants a bit of discussion. In 2013, Yunnan's governor labeled the province's highway toilets "the worst in the entire country". Two years later the "Yunnan Tourism Toilet Rebuilding Plan" was enacted at a cost of 90 million yuan. From what we saw during our trip, the results have been more than encouraging. Progress! 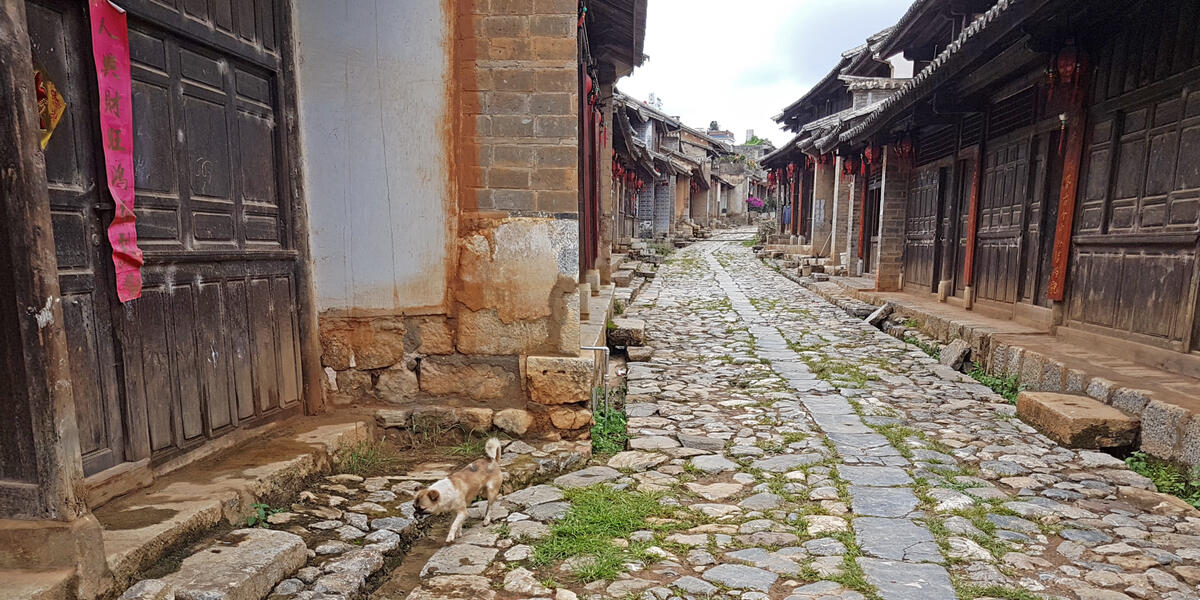 One reason for not stopping to see the fossils in Lufeng was that we had another, slightly more distant destination in mind — the tiny town of Yunnanyi (云南驿). We still had another 170 kilometers to go to reach this largely unknown, but historically important, little village. We left the dinosaur-themed houses behind as soon as we departed Chuxiong, and they in turn were replaced by gleaming whitewashed homes uniformly painted in the Bai minority style.

We were now in Dali and heading to the prefecture's eponymous old town. Unfortunately, our GPS seemed about as confused as we did as to where Yunnanyi is. The backroads we ended up taking were lovely in their own right — more honest, humble and genuine than what could be glimpsed from the highway. We passed horse-drawn carts on one-lane roads, saw ancient looking trucks laboring under the weight of what looked like tons of wet sand, and were pleasantly reminded of how beautiful rice paddies stretching away toward the horizon can be. 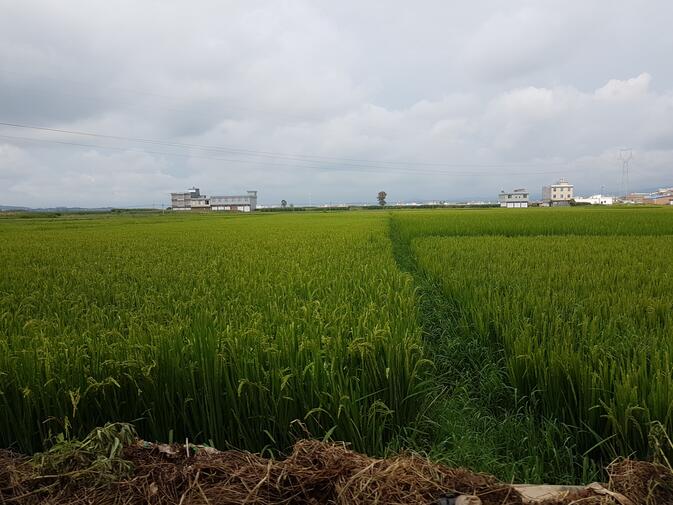 After a roundabout detour of about 30 minutes, we arrived at Yunnanyi and were immediately surprised by its size. The place is tiny, like a Chinese version of a one-horse town. A quick checklist of the village's attributes includes a cobbled street originally laid down a few centuries ago, homes built with a combination of mud bricks and stone simply brimming with handworked wooden accents and finally, the claim to fame of being the source of Yunnan province's name.

All of the wealth required to create the old homes in Yunnanyi was generated by trade along the Tea Horse Road. Those days are long gone, but the houses still stand. One problem though, there didn't seem to be any people. Walking up the main street led past tumble-down homes shouldered side-by-side with remarkably well-maintained buildings. A few tubby dogs trotted by before we saw anyone. Then we heard the miter saws. 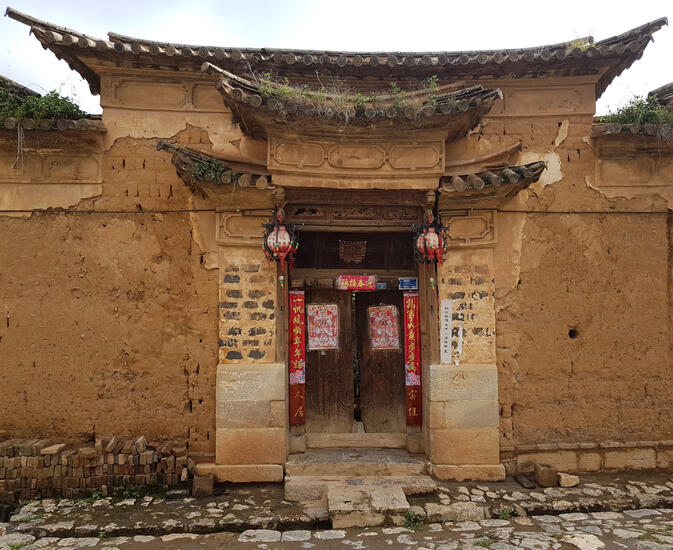 Yunnanyi is getting a makeover. Carpenters cut joists and braces to straighten tilted structures while woodworkers using hand awls and planers busied themselves replicating ancient detail work. Someone has big plans for the humble little burg. We stopped and wondered what the future might hold for this out-of-way place. Throngs of tourists seemed a bit of a stretch, but honestly, stranger things have happened in Yunnan.

For now, it was enough to simply wander the streets and marvel at what this corner of China looked like 100 or so years ago. The relaxing stillness was also a welcome reprieve from our time in the car. But when our dog friends passed us once again, this time heading in the opposite direction from whatever errands they had been on, we got the feeling it was time to go. It was on to Dali Old Town for a good night's sleep. After that, we would drive to Baoshan and Mangshi before rolling into our final destination, Ruili. 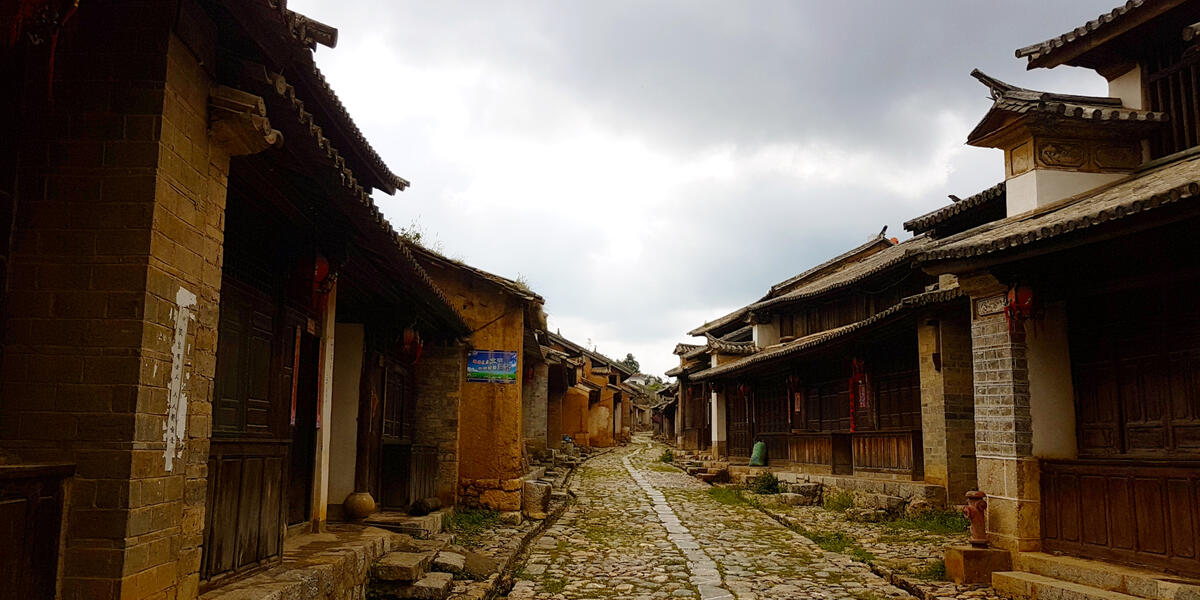 No personal criticism intended, but the phrase 'car obsession' is accurate and global, with obvious effects everywhere.
Yunnanyi: any traces of the old WWII airstrip?

Actually, renting out cars rather than selling them might limit their unnecessary use, although instituting such a system would probably require a massive change in the global economy.

The website dedicated to the Burma Road www.burmaroad.online has a whole page focused on Yunnanyi.

Agreed. Far too many cars around. I never understood why people who live in cities want to own them. I rent cars occasionally when I want to drive in the countryside and I might buy one if I lived in a remote area but owning one in a city is just self defeating. I guess it's just a keeping up with the Jones's thing