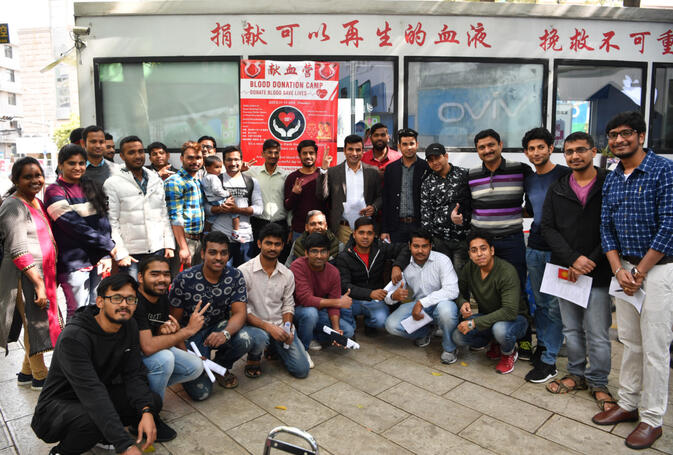 In commemoration of the Hindu festival of Diwali, dozens of Kunming's Indian residents gathered together to give back to their adopted community. Their November 11 blood drive was a coordinated group effort, and those involved asked not to be named personally as the goal of giving blood was more important than any personal recognition.

One participant, who has worked in Yunnan for nearly a decade, told GoKunming the donations were a way to "contribute to and thank the city we live in." He went on to say that the driving force for the blood drive was "to give the gift of life to many people", an act he thought was best to do "during Diwali Festival's Day of Light" celebration.

Diwali is an ancient Hindu celebration commemorated to recognize, in a nutshell, the "victory of light over darkness, good over evil and knowledge over ignorance". Although the festival is specific to Hindus, its emphasis on togetherness and inclusion means it is widely celebrated by people of other faiths in India. Diwali is a five-day event that this year began on November 7.

In Kunming, the Indian community observing the holiday consists of around 130 individuals from across the Subcontinent. Many are studying at local universities, primarily learning Chinese or pursuing advanced medical degrees. Others work for multinational companies, teach Hindi or work as yoga instructors. 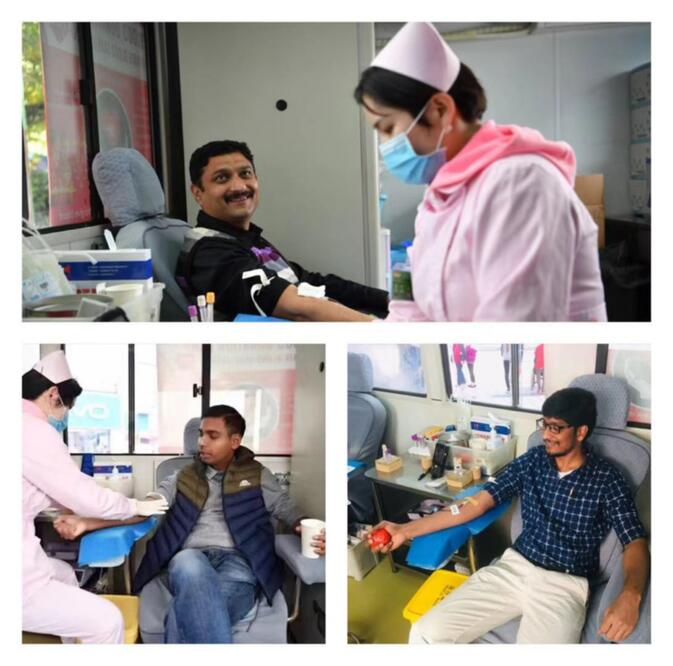 Of that group, 60 people headed to the blood donation center in central Kunming's Xiaoximen (小西门) area. The mobile blood bank has been in operation since 2011. The city has other fixed donation stations located in busy pedestrian areas like Nanping Square, Jinma Bijifang, Dongfeng Square, Guandu Square and inside Chenggong University City district. Each location gathers an average of 45 liters of blood each day.

Kunming hospitals, like those in many Chinese cities, often face serious shortages of blood. However, inducement programs were rolled out earlier this year, with new donators given a package of rewards. Those giving blood in Kunming are issued a certificate that entitles them to free bus and subway rides for the rest of their lives, free entrance into ticketed parks such as Golden Temple, and priority placement of their children during school enrollment.

For the Indian community in Kunming, getting together to donate blood during such an important time was a symbolic way to celebrate their own culture while also contributing to their new Chinese home. One contributor said of the Diwali blood drive, "We haven't discussed it yet, but all of the participants were so inspired that we will surely plan to do it again next year." 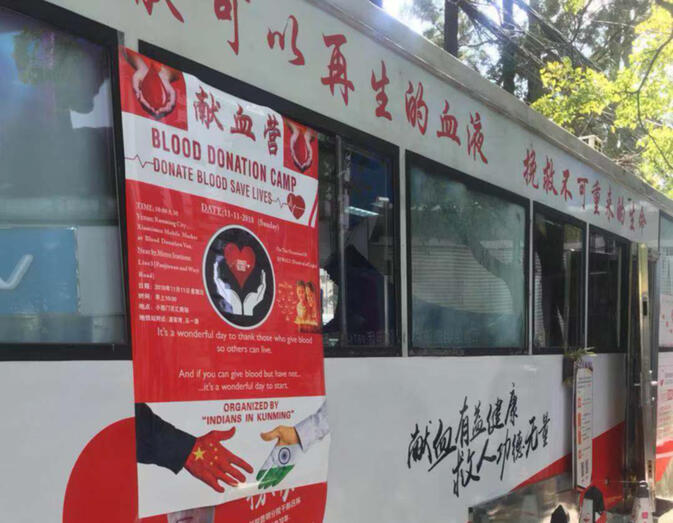 Wonderful idea. Does anybody know if a passport or anything else is required to donate blood at the blood-mobile?

Last time I asked about donating blood I was told they didn't accept blood from foreigners. That was a few years ago, though., Seems that's changed, and about time too. Well done to the donators in the article.

The link provided doesn't clearly divulge how many times one has to donate blood to reap the perks of free public transport or admission-free entrances to the parks. Perhaps 20 times? My guess is 30 for lifetime of free rides.

@Ocean, same here. They didn't accept my blood either. That was many years ago. Not sure what the policies are for foreigners today.

I asked one of the people who participated in the Diwali blood drive featured in the article.
-Foreigners are welcome any time nowawdays
-But you they must bring their original passport or a passport photocopy

Thanks @DanTheMan for verifying!