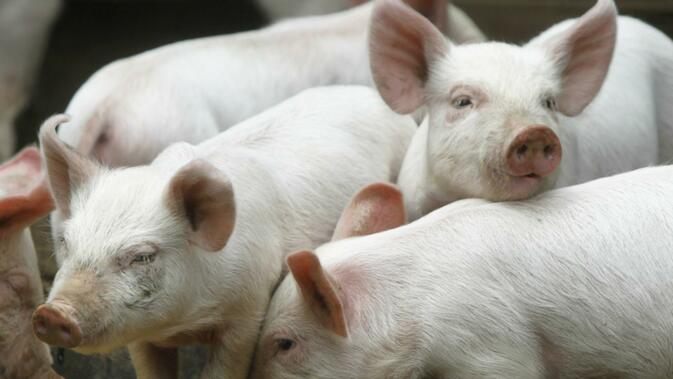 The disclosure of an outbreak of African swine fever in an isolated corner of Yunnan put provincial authorities on alert earlier this week. On October 20, farmers in Zhaotong Prefecture were ordered to cull portions of their pig herds and the trade in live hogs was briefly halted province-wide.

The outbreak occurred in Zhenxiong County (镇雄县) in northeast Yunnan. Two farms were initially affected, losing a combined 545 animals to the highly transmissible virus. In reaction, the provincial Ministry of Agriculture and Rural Affairs (MARS) sent experts to the region to conduct a situational analysis and investigation.

Two days after the original flare-up, authorities declared the emergency contained. A cull of infected pigs was carried out, although total numbers of affected animals were not released. While the inquiry was carried out, officials at MARS closed down all markets where live hogs are bought and sold in Yunnan. The province also sealed its borders to both the import and export of pigs during this time.

African swine fever is thought to have originated in eastern countries of the continent. It is a fast-spreading virus that can raise an infected animal's body temperature to dangerous levels while also causing problems with the respiratory and circulatory systems. The virus is currently untreatable and, as such, mortality rates are extremely high.

The virus can be spread by insects such as mosquitos and ticks, but no scientific proof exists that African swine fever is able to make the jump to human populations. It can move from domesticated pigs into wild swine and boar populations, a feature that sometimes makes tracking the virus difficult.

The cases in Yunnan are of an unknown origin, and veterinary epidemiologists continue to scour Zhenxiong County for clues as to their provenance. Although the October outbreak was dealt with quickly and contained to one small region, it is only one symptom of larger problem in a domestic industry that produces half the world's pork.

Similar situations have popped up across China in the past several months, and The Guardian is reporting 41 such instances since just the beginning of August. The fever is seen by many international livestock experts as the source of a possible pandemic if hog populations worldwide are not monitored more closely.

I'm afraid the hogs will die young anyway, as that's what they're raised for.
On the other hand, they are tasty.

They were always up for a chop anyways lol

How could you @alien? Look at how adorable they are!

I'm in no mood for Kevin Bacon jokes.

The recent halt of soy bean imports from the U.S. may inadvertently result in protein deficiencies for these piggies. Weakening them and their immunology. As a result, more antibiotic-resistant super bugs may spawn. Potentially crossing over to virally infect humans.

Furthermore, what alternative feeds will be given to these livestock? What are the cocktail of chemical fertilizers infused in the production of these substitute feeds? Surely, these unclassified chemical compounds will imbue their cellular tissues. Making their way on to your dinner table. And eventually interacting with your gut flora in a cascade of chain reactions.

Animal fat by themselves have already been shown to have adverse health effects, let alone the addition of industrial substances.

I only prey that the hogs don't find you equally tasty, although the ones down in Jersey might.