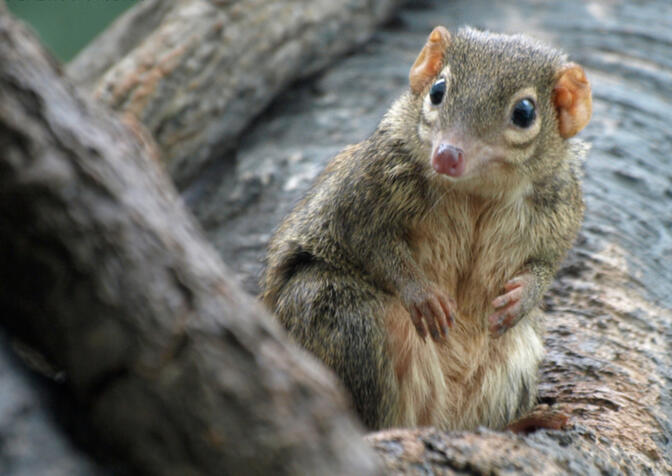 Researchers in Kunming have been busy attempting to find an animal that enjoys — or at least tolerates — spicy food as much as most Yunnanese. The unlikely candidate discovered in July lives in the province's tropical forests, and lab tests confirm the diminutive Chinese tree shrew maintains a hearty appetite for chili peppers that may exist in no other animals.

The finding, first published by the online journal Public Library of Science, cites a unique gene that suppresses the pain associated with eating piquant foods. Researchers from the Chinese Academy of Sciences in Yunnan led an international team in making the discovery. What they found is that the tree shrew Tupaia belangeri chinensis — which is endemic to the rain forests of Yunnan and Southeast Asia — has a specific amino acid adaptation that allows it to consume spicy peppers.

Unlike other mammals, Chinese tree shrews were found to have a genetic variation that dulls the sensation associated with eating extremely pungent plants. In experiments, tree shrews happily ate raw spicy peppers as well as prepared food with high levels of added capsaicin — the chemical that makes things taste and feel 'hot'.

Meanwhile, write the researchers of their control group, "the food intake in mice was significantly reduced in a [spice] concentration-dependent manner, whereas we found no such change in tree shrews". Further analysis identified a related neurotransmitter that dulls the burn associated with eating capsaicin.

The shrews in question are the only mammal on earth currently known to possess the genetic trait, according to the study authors. Scientists have yet to determine when this genetic variation arose. Nonetheless, they are confident the adaptation was a significant one for Yunnan shrews, writing, "the fixation of this mutation by positive selection [...] enabled an expansion of the tree shrew's dietary repertoire".

Tree shrews are small herbivorous animals that bear some resemblance to squirrels. However, they are more closely related to primates. The animals subsist on a varied diet that includes leaves, nuts, flower nectars, insects and at times spicy fruits and foliage. In Yunnan, they reside primarily in the prefectures of Dehong, Lincang, Pu'er and Xishuangbanna.

Even wistar rats in laboratories can become alcoholics if positive enforcement of sucrose are introduced with gradual increase of ethanol concentration. Reward properties similar to those of 辣得爽/海底捞 invoked in spices may perhaps do the job for these, and possibly other furry patrons.

what a shrewd group of researchers

Haha, thing looks like a squirrel but with strange ears. How does it make it up the rodent class to mAmmal class? Breastfeeds and slightly higher iq than squirrels and mice?

@dolphin: All rodents are mammals.

even dolphins are mammals, not fish

So what's a squirrel then?
And why is this thing different? It tolerates mixian loaded with la jiao?

A squirrel is a mammal, of the rodent variety.

People are mammals too, but some climb down the tree and become rodents..