By Patrick Scally in Features on November 9, 2017 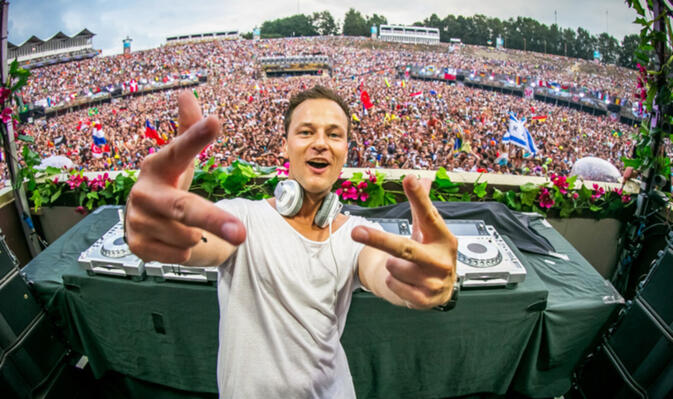 As the number of nightclubs in Kunming continues to grow, so too do the range of live music options. Bands from the China's east coast and abroad seem to have a rekindled interest in the Spring City, and this is true of DJs as well. Add Yves V — currently voted one of the world's top 100 DJs — to this growing list.

Yves V is the stage name of Belgian-born Yves Van Geertsom. For the past decade he has made a name from himself spinning records around the world. He is currently a resident at Tomorrowland — one of the largest electronic dance music gatherings on earth. This year the festival attracted more than 400,000 attendees.

From that lofty scene, Yves V has taken his show on the road and headed east. He will perform Saturday November 10 at Kunming's Wanda Vista Hotel. In the run-up to his performance, GoKunming caught up with Yves V to see what worldwide DJ fame is like and what keeps him returning to the turntables day after day.

GoKunming: Why specialize in the types of music you do? What is it about what you spin that keeps you coming back every day?

Yves V: I am a fan of all kinds of music — from classic rock to old school techno — it all excites me. The music I DJ and produce with my engineer as Yves V is big-room house, what some might also call EDM. But my sound can be a lot less bombastic and a lot more progressive than the typical sounds of that specific genre. I like a variety that keeps me just as excited as the fans are in what I do.

As a main stage Tomorrowland resident, I've been lucky enough to play every year in my home country of Belgium for the best part of a decade. That means I can play a selection of well-known Yves V tracks, classic crowd-pleasers like tracks from The White Stripes, Nirvana, Daft Punk and Moby. But then, this year for example, I also have a great platform to entertain fans that are both old and new in a festival environment, so I premiered my new track live with producer Carta. Variety is the spice of life, and we shouldn't be forced to stick to one thing or be one dimensional to our fans.

GK: We all grow up with this idea in our heads of what a music star is. As you travel and make a bigger name for yourself, is the stereotype you had as a kid coming true for you?

Yves V: It is strange because I get to play to all these huge crowds all over the world and experience the most amazing cultures, so I guess yes, in that sense. But I don't fly on private jets and I have a very modest team around me. So I suppose it seems it on the surface, but it is important for me to stay true to myself and my family, and not get swallowed up by this industry, which can be very demanding. 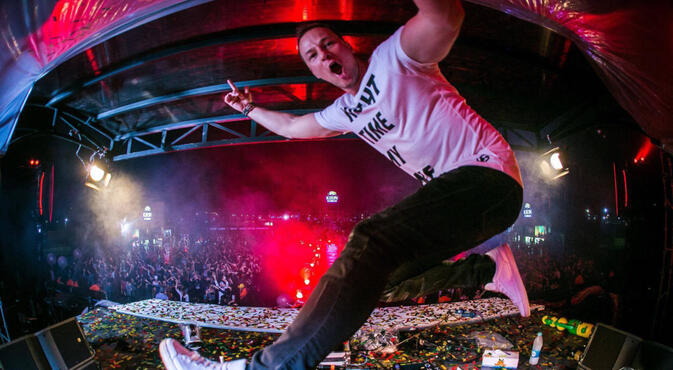 GK: What do you do to ground yourself? Or perhaps you don't. Basically, how are you dealing with fame?

Yves V: Like I mentioned, I don't fly on private jets, I don't travel with a tour manager a lot of the time and I keep a modest team around me. That is important. It is more like an extended family than a "business" in that sense, although we do all have to work together to make everything run smoothly. My family and loved ones also keep me the same, they wouldn't let me go crazy and my ego get too big, even if I tried [laughs]. I'm grateful and very thankful to be in this industry and to have this as my career.

GK: I've always wondered with successful musical acts, especially my own favorite bands, what drives them to keep going. For a businessperson, it's often pure wealth, for a sports star, it's often striving to be measured up against the best. What is it for you?

Yves V: For me, it is the love of the music and being able to share that with fans from different cultures all over the globe. If it wasn't financially do-able and I couldn't provide for my family via this job, then it wouldn't be possible to execute this as a full-time career. But luckily, dance music is one of the biggest and fastest-growing industries in the world, and I can be a part of that in living out my dream and bringing joy and entertainment to others.

I never thought I'd be compared or placed alongside "the best" DJs. But I have an amazing fanbase that have voted for me to place in the DJ Magazine Top 100 DJs Poll for the past four years, this year with my position rising in the rankings. Without the fans, I wouldn't be where I am today. So for me it is about making music I'm proud of and delivering the best shows and productions I can for an audience, wherever that may be. 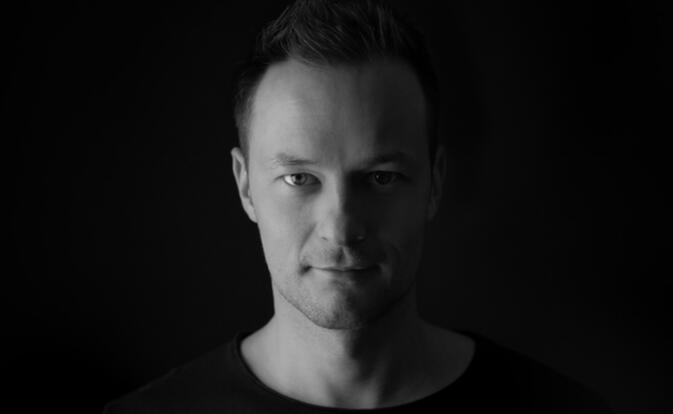 GK: You've started to DJ with people you grew up idolizing. How has that been? Any moments of sheer terror or being starstruck?

Yves V: I have been starstruck a few times but more when meeting people like Belgian striker Fellaini — I'm Belgian, so of course I'm a fan — UFC champion Chuck Liddell or basketball star Shaquille O'Neal. I also get to count a lot of the guys I idolized in dance music, like Laidback Luke and Chuckie, as peers and friends now.

GK: You've been to China before, what were your impressions then?

Yves V: I love China! The food is some of the best in the world and the [old] buildings and temples are amazing. Even in particularly Westernized areas the cities still have a big, bustling feel with Chinese culture visible everywhere. I like to visit as many sights and take in as much as I can — if I have time — so I'm excited to visit Kunming for the first time! 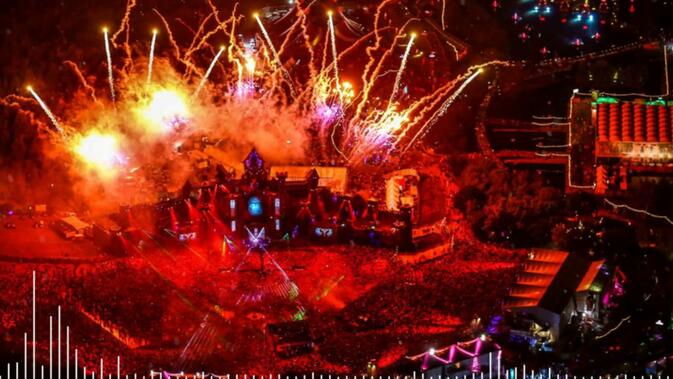 GK: You've played to enormous stadium crowds and small clubs. Which do you prefer?

Yves V: They both have reasons why I like them. I like playing to big crowds and getting everyone united with my music, but I also prefer smaller club shows as they are more intimate, and I get to really connect directly with people in the crowd.

GK: Tell us a story about something hilarious or bizarre from the road. Strangest ever show, that sort of thing.

Yves V: A crazy story? It's so hard because there are so many [laughs]. Crazy shows like the closing season at Guaba Beach Club Cyprus. It was an amazing vibe, lots of flares, the place was on fire! S2O Festival Bangkok water festival [during Songkran], where they use water instead of CO2 cannons, that was also crazy. The crowds loved it! I get so much love from fans. Last time [in Thailand] there was a fan waiting at the airport in Bangkok. She thought I would arrive at 5am, but it was 5pm so she waited the whole day. Unbelievable!

I'd advise DJ Yves V to stay away from Wanda Vista's first floor western buffet two hours prior to his gig/set... had two terrible diarrhea cases in the 5 times I've eaten there.

Never went back after one try and doubt I'll be going back there for the music either ;o)

I've got White Stripes and Nirvana in my CD collection too!

@bilingalexpat Great advertisement there! Why FIVE times though? Just once would put me off!

My willingness of risking loose stools for chocolate brownies, cheesecakes, and New Zealand ice creams is to be blamed.

I suspect the indigestive culprits were the Turkish doner kebab or the Indian curry, otherwise the buffet isn't shabby. Wyndham Hotel buffet (w/ all-you-can-eat Häagen-Dazs) across from from 南亚 is better, but I digress.

How much is the Wyndham buffett?

Was wondering what the h*ll is this hype with all these dj:s coming for china tours. This must be the 20th dj interviewed here. Well, yea, probably its bcs they have no message, essentially its just this drum boom flash scratch crap, and some modern half braindead narcissist flashing his new nike shoes and changing cd:s. The censors around must have no problem with that, so at least we can have this image we got the international 'stars' around. The crowd is made of of this same braindead modern mob, its easy to see a bunch of lemonlovers there, dressed in pu**yhats, drooling around on these concerts.

Maybe that was too rude said. Wasnt meant as attack on the dj guy, just this hype about dj's coming to china. And the possible reason this is hyped. Not that it would matter much. You can delete this monologue if it crossed a line, sry.

Well, I'm not really into it either, but rock on...