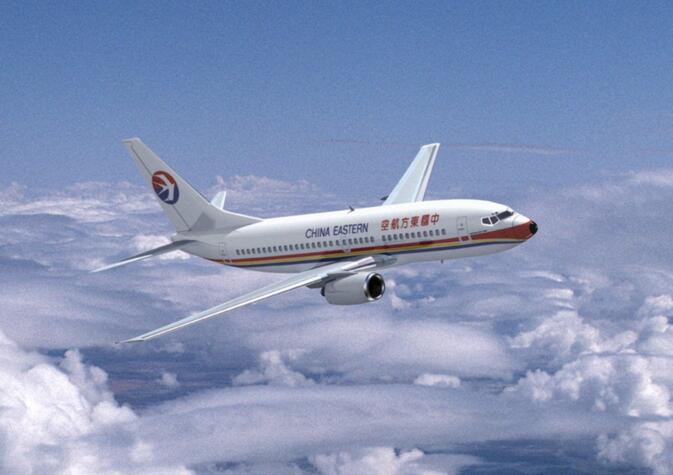 A China Eastern Airlines plane carrying passengers from Paris to Kunming experienced a rough approach into the Spring City over the weekend. Turbulence shook the aircraft seriously enough to injure nearly two dozen people, some of whom required immediate treatment at local hospitals after landing.

Flight MU774 was reportedly descending over Yunnan province after nine hours aloft when the turbulence struck. People on board who were not wearing seat belts were thrown from their seats, while other were struck by baggage jarred loose from overhead compartments.

The list of injuries, according to news outlet People's Net, included broken bones, facial lacerations, bruises and minor scrapes. Because of the disruption, the fight landed an hour and twenty minutes later than scheduled. Twelve people were sent to People's First Hospital of Yunnan after emergency medical crews at the airport triaged people disembarking. The air carrier issued a statement through its WeChat official account shortly after the June 18 incident, which read:

Today, a China Eastern flight from Paris to Kunming experienced turbulence and some passenger were discomforted. The flight crew dealt with the situation according to proper procedures and the plane landed safely in Kunming. China Eastern arranged proper medical services. We remind all travelers to please fasten their seat belts during the entirety of each trip.

The episode comes only one week after a China Eastern jetliner flying from Sydney to Shanghai made an emergency landing when the captain noticed a large hole in one of the engine housings. Similar events are not particularly uncommon with China's second largest airline, although online complaints are typically about service and unruly passengers rather than safety.

Thanks to GoKunming user Ocean, who first altered us to this story in the Forums.

Again, LIES from China Eastern and the news sources trying to downplay the accident.

the following is an accurate report on FACTS..

By Simon Hradecky, created Sunday, Jun 18th 2017 13:19Z, last updated Sunday, Jun 18th 2017 15:00Z
A China Eastern Airbus A330-200, registration B-5926 performing flight MU-774 (Jun 17th) from Paris Charles de Gaulle (France) to Kunming (China), was enroute at FL390 about 260nm northeast of Tyumen (Russia) the aircraft encountered severe turbulence including two large jolts causing the aircraft to experience multiple rapid descends and climbs (in excess of 5000 fpm) reaching a minimum of FL349 as well as injuries to 26 people on board. The aircraft continued to Kunming for a safe landing about 5:45 hours later. Four passengers were taken to hospital with serious injuries (fractures and head injuries), 22 passeners with minor injuries.

Passengers reported that many passengers were not buckled in about 6 hours prior to landing in Kunming when turbulence lasting for about 10 minutes set in and resulted in two very large jolts having everyone not being buckled in hitting the cabin ceiling and being thrown back onto the seats. Between the large jolts there were a number of other lesser jolts.

The airline reported without identifying when and where the tubulence took place, that the fasten seat belt signs were illuminated however not everyone complied with the instruction. A number of passengers needed to be taken to hospitals.

China Eastern policy is to have seatbelt sing on during the WHOLE flight.

Absolutely useless in way of telling folks when to sit down and buckle up or not. Total disrespect for safety. No wonder so many got hurt.

Also weather radar often switched off during flight because crew concerns of its radiation.

Back to my (serious) question—I doubt a U.S. carrier or a Euro carrier would continue to destination with this injury mess on board—was there no possible diversion to avoid 6 hours of flight with bad injuries?? Can't imagine American, United, BA, AF, LH etc. doing this. 6 hours is a long time with head injuries and broken bones—something is wrong here...explain...

Yeah, sounds like a bit more honesty and transparency, from both airline and the press, might be a good idea.

Note you are using the word "approach" here wrongly. The approach is when the plane is about to land, this involves flying at lower altitutes which are more prone to turbulence. At approach one always has to wear seatbelds (Tables volded up and seats in upright position and window shutter open).
The right word is "an route" to Kunming.

This clearly shows the arrogance of a Chinese company, China Eastern, operating internationally but conducting itself as it's always did with chinese nationals. LIE, CHEAT, DISRESPECT without any consequences.

Any ideas as to what, specifically, seems to be wrong with China Eastern in particular?

China Eastern is a relatively new airline with relatively new staff who may NOT understand the importance of passenger safety - such as buckling in ALWAYS, when seated. Chinese also are relatively new to air travel and tend to skirt the safety rules in favor of comfort, not quite understanding the comfort of a heavier than air vehicle hurtling through the air with no training wheels or emergency lanes to "pull over and stop".

I'm positive China Air will be doing some supplementary training to reinforce air passenger safety, with their flight crews.

As for the culture of deception and avoidance of responsibility - this is the result of immature management who still believe that dishonesty and deception attracts customers - as opposed to damages brand, trust, and loyalty - hopefully, this too shall evolve to somewhat more transparency.

In reality - with all the media - it's moronic stupidity to employ these kinds of poor public relations practices, since the truths, in their various incarnations, are almost immediately posted all over public and social media.

'China Eastern is a relatively new airline with relatively new staff who may NOT understand the importance of passenger safety...' In which case, they should not be carrying passengers. 'Chinese also are relatively new to air travel and tend to skirt the safety rules in favor of comfort ' True, but from my experience, other airlines cabin staff exercise authority and have a policy of zero tolerance to these arrogant know-alls. Furthermore, China Eastern can not seriously be described as 'relatively new', it's had just short of 3 decades to get its act together. The knee jerk reaction is almost always to make excuses.

the knee jerk reaction is to not accept responsibility. i see this not just with this case, but is endemic. appology seems to be taken as admission of guilt, it is a self feeding loop of lack of respolisibilty. until it comes to a head when victims go postal. unfortunately when they do, the inocent seem to cop it.

It's a company which lies, deceives and blatantly does not accept any responsibility to it's customers, just like in 60 70 80's china...it's a china gov owned company, but now they try to do the same tricks on an international business route.

What's wrong with China Eastern??Some of you still don't grasp the near disaster of 2 aircrafts from china eastern almost crashing together in Shanghai

Only 19 meters separation on takeoff.. see the opening post.

I have taken this flight several times as it is the only direct flight to Europe from Kunming. Honestly, I am so happy and relieved that I don't have to use China Eastern any more since I left Kunming and China some months ago for another destination. Not that this incident can not happen with other airlines, but they might react more responsible. China Eastern chapter closed for once and for all.