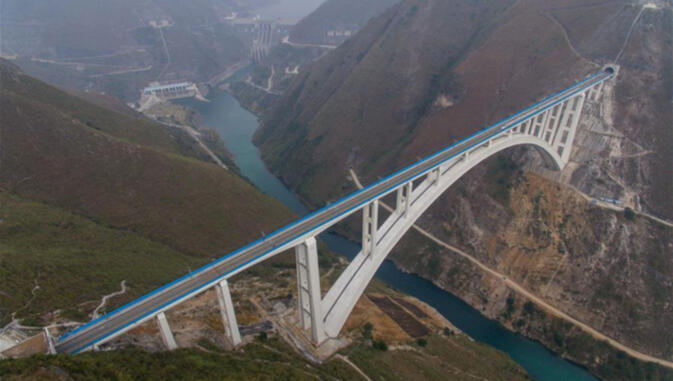 The Spring City, once famous for its laid-back lifestyle, made another leap toward modernity at the turn of the new year. Kunming South Railway Station, officially opened December 28, is the last stop on the Shanghai-Kunming High-speed Railway. The new railway — opened in conjunction with a separate southern line — connects Kunming with other important national transportation hubs, including Shanghai, Hangzhou, Nanchang, Changsha and Guiyang.

The Shanghai to Kunming route has been under construction for seven years, and the final section, connecting Yunnan's capital with Guiyang, was finally completed in June 2016. It forms one spur of China's 'Eight Vertical, Eight Horizontal' (八纵八横) transportation system, an integral part of Beijing's 'Long-term Railway Network Plan' (长期铁路网规划), originally publicized in 2004.

The new line is also part of Beijing's One Belt, One Road initiative, which aims among many other things, to integrate China's rail system with those of neighboring countries. The 2,252-kilometer stretch is the longest railway of it's kind in China, as no other line brings continuous bullet train speed — expected to average more than 200 kilometers per hour — through so many provinces.

It will now take just over 12 hours to travel from Kunming to Shanghai. Tickets vary in price from 2,765 yuan for first-class seats, 1,475 yuan for business class, and 879 yuan for second-class tickets. While passengers can currently travel from the Spring City to Shanghai, they must switch trains once. That changes as of January 5, when the new bullet trains begin to run full-route schedules.

Inside Yunnan, trains heading toward China's east coast stop first at Songming (嵩明), then then Qujing (曲靖) and Fuyuan (富源) before entering Guizhou province. According to China News, the Yunnan segment of the railway has 4G network coverage throughout. Regionally, the railway drastically cuts the duration of a trip from Kunming to Guiyang (贵阳) — from an entire night, to just under two hours. On its first day of full operation, Kunming's new train station sold 7,900 tickets according to The Spring City Evening News. 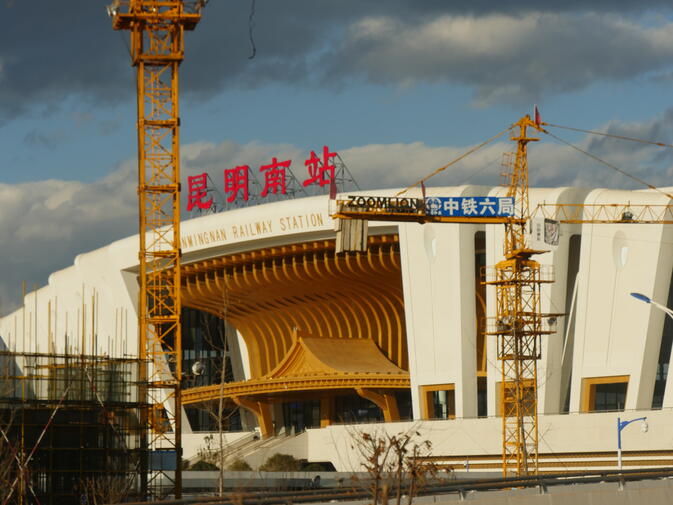 The less-hyped but equally impressive southern railway from Yunnan to Guangdong travels through Guangxi province and then on to its terminus at Guangzhou South Railway Station. It stops at Baise (百色) and Guangxi's capital, Nanning (南宁), among other large cities. The southern line also provides easier access to several of Yunnan's southeastern tourist attractions, including the UNESCO-listed Stone Forest (石林).

Both new railways are the product of year's of planning, and years more are in store. In a white paper issued December 29, Beijing announced its intentions to extend China's high-speed rail network to cover 80 percent of the country's large cities by 2020. That year is also when the Beijing-Tianjin-Hebei complex, and the Yangtze River and Pearl River delta regions are expected to have complete intercity rail networks.

According to the document, the government will increase its efforts at creating urban rail networks to nearly all cities in China with populations higher than three million, a move that will add an estimated 3,000 kilometers of new track to the country's rail system in just three years. Furthermore, the recently completed railways and stations provide China with additional high-speed rail expertise that it can now export to countries looking to upgrade their transportation infrastructure.

For people in Yunnan, the train lines should save them some trouble. Zhu Jiacai, a college student living in Chenggong, said it often takes at least five hours by car to make a trip to his home near Puzhehei (普者黑). "You have to cope with a whole-day trip when you encounter a traffic jam," said Zhu. "Now it's much more convenient since we have the high-speed railway. It only takes one hour and a half to get home," he told the Kunming Times.

Yunnan is famous for its '18 stranges' (云南十八怪), which are used to highlight the province's unique cultures and lifestyle. One of these sayings explains "The trains are not as fast as buses" (火车没有汽车快), a fact which, for those heading east at least, no longer holds true. 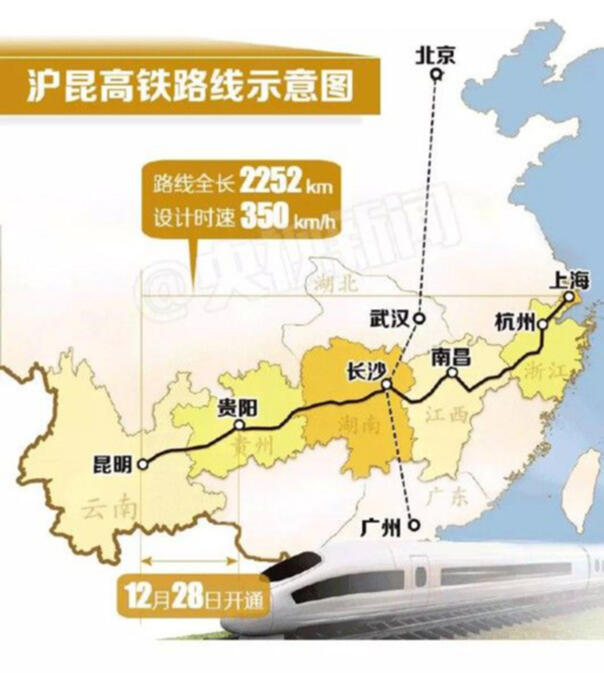 Question:
Where is the bridge in the top picture. (Looks like an artist impresssion).

I noticed on the road a white shuttle bus like the ones going to the airport but this one had the south railway station on it. So aparently there is a bus service to that station. Anybody know the routes and times?

There is a new bus line. I will check and see what number bus(es) go to the station and post here.

Yeah I saw the same fleet of them heading down huanHu towards chenggong. They look like the 919 buses, so I'd hope they get spread out to various city bus stops throughout the city.

Note that the South RR Station is on the underground/subway.

I have just returned from Guangzhou to Kunming South - 9 hours, good comfortable seats, quiet, smooth, bright & shiny; ran at about 200 kms/hr. Price a little over Y400. Even the food on the train was better than the usual quite-bad food on ordinary trains. There's a faster train that is supposed to take about 6 hours, price a little over Y800.

From the top pic it is evident the scars inflicted to both sides of the hills. One can just guess the amount of debris that fell into the water.