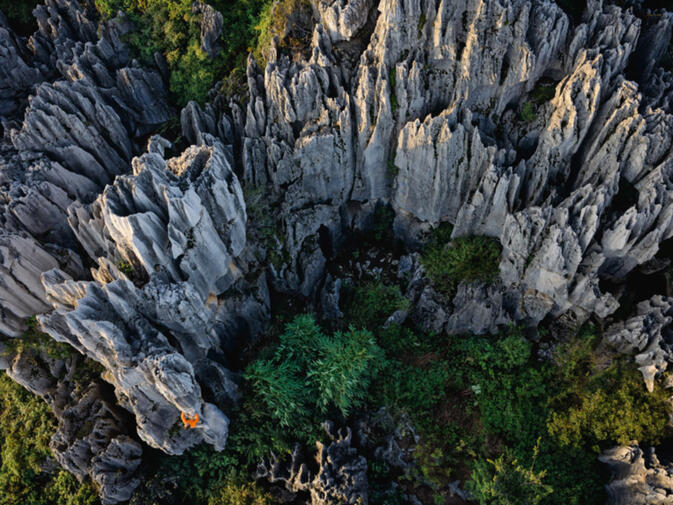 Kunming, and greater Yunnan province, will enter the American spotlight later this month. Last Tuesday, plans were unveiled to feature one of the province's most visited tourist sites, the Stone Forest, in the eighty-ninth annual Macy's Thanksgiving Day Parade.

This is not the first time China has had a presence in the near century-old holiday tradition. Last year, Beijing sponsored a float, entitled The Beauty of Beijing, which represented the city as a whole. This year, a team of designers reused the existing bed of last year's display to depict the Stone Forest. The float's tentative moniker is The Stone Forest of Kunming, China: A Natural Wonder of the World.

According to Li Li, executive vice president of the Sino-American Friendship Association, the float aims to "welcome everyone to visit and explore Kunming, a city [with] a perfect blend of nature and civilization". Li also believes the it "will showcase the diversity and the beauty of China to [...] Western audiences", as well as being "a celebration for the friendship and mutual understanding between people of China and the US". Perhaps confusing to its targeted American audience, the float has no english written on it.

Formed over 270 million years ago, the Stone forest is one of China, and Yunnan's, most visited and expensive tourist locations. Once an imperial holiday destination in the seventeenth century, in 1941, the site was reclassified as a 'protected garden' by Beijing. The area was granted UNESCO World Heritage status in 2007. As part of the South China Karst geological formation, the Stone Forest attracts more than three million paying customers every year, and accounts for over 15 percent of Kunming's annual tourism revenue. 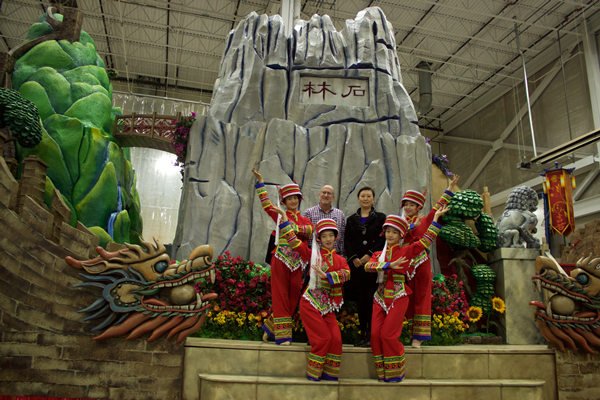 The Stone Forest's inclusion in the Macy's Thanksgiving Day Parade is part of a concerted push by Yunnan to increase American exposure to local tourism locales. Began in 1924, the parade is the second oldest in the United States. Enormous floats, representing many aspects of life, roll or fly through New York City's Times Square every Thanksgiving day. In the past, parade spectacles have represented everything from superhero movies to food additives to airlines.

On average, the parade attracts 44 million television viewers, as well as an additional four million people attending in person. The privilege to be apart such a large nationally televised event does not come cheap. A single float costs US$190,000 in construction and parade admission. This is followed by US$90,000 in annual fees for maintenance, storage and continued presence in the parade.

Yunnan's mass expenditure for the event is part of a recent trend of using American holidays as a marketing platform. Last year, in a bid to attract tourists, Yunnan paid to have a promotional video played 1,000 times in Times Square during the city's famous new year's eve celebrations.

This article was accidentally published without photos. It has been updated.

did someone say carl's junior is coming to kunming

Happy Thanksgiving to Americans! Happy Holiday season to all!