By Richard Diehl Martinez in Features on August 7, 2015 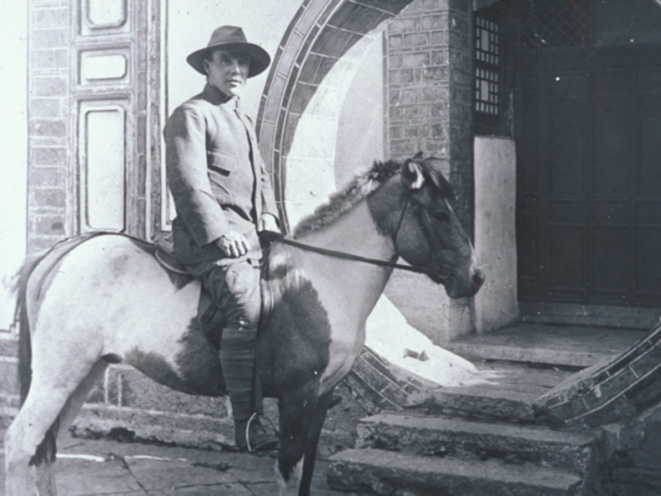 Esteemed botanist. Intrepid explorer. Compassionate philanthropist. George Forrest was a true renaissance man of the early twentieth century. Today, his legacy lives on — quite literally — all across the world through the innumerable plant species he introduced to Western cultivation. Although his seven expeditions into China's rich, fertile southern forests marked vital milestones for the field of botany, his stubborn lack of documentation leaves historians today puzzled as to how a single man could accomplish so much.

Forrest was born in Falkirk, Scotland in 1873. Although originally planning to study chemistry at home, the young Scotsman would instead remain abroad for most of his life. His lifestyle took a turn for the adventurous in 1891 when, on receiving a small inheritance, Forrest ventured to Australia amidst the bustle of one of the country's numerous gold rushs.

On returning to Scotland ten years later, Forrest was serendipitously introduced to Isaac Bayley Balfour, Regius Professor of Botany at the Royal Botanical Garden of Edinburgh. Balfour, taken by the tenacity and resourcefulness of the rugged young man, recommended him to AK Bulley who was sponsoring an expedition to western China. Soon Forrest was on his way across the Atlantic and Indian oceans to the land south of the clouds — China's Yunnan province.

After setting up his first base of operation in the town of Talifu — today's Dali — in August 1904, the intrepid Scot made time to learn at least some of the local languages and get to know the people who lived there. He soon gained a deep admiration and respect for the inhabitants of Yunnan, and would later give back to the community by overseeing the inoculation of thousands of locals against smallpox at his own expense. 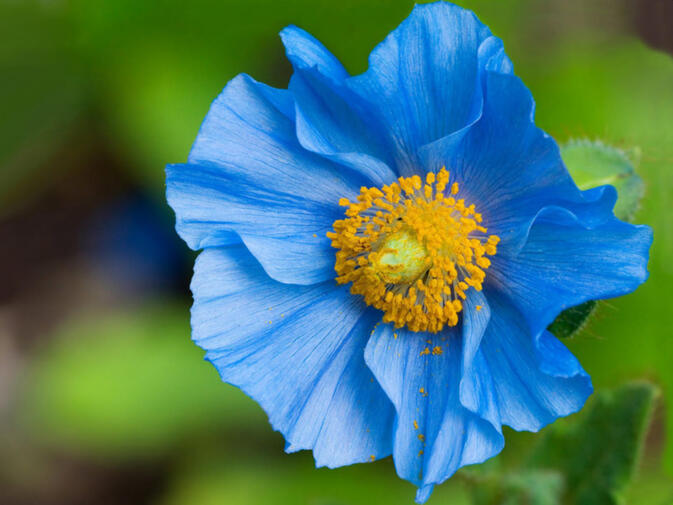 A Himalayan Blue Poppy, collected by George Forrest in Yunnan

In the summer of 1905, Forrest mounted the first of many expeditions to the northwestern corner of Yunnan near today's border with Tibet. His first trip to the lush rhododendron forests above the Lancang River (廊沧江) would be both memorable and horrific, inextricably shaping his relationship with the native populations. After returning to the French mission in Tzekou — modern day Cigu (茨姑) — from a successful expedition, Forrest and his entourage were overrun by a group of armed Tibetan lamas.

For several years the Qing government in Beijing had allowed Christian missionaries to venture into Tibetan Buddhist regions of Yunnan and Tibet. Local lamas saw not only their political but also their religious sovereignty encroached upon. They were furious and a militant faction began to "cleanse" the region of outside influence through the massacre of foreigners or locals who were perceived to have converted to Christianity. Out of the 17 local porters and assistants on Forrest's 1905 expedition, all but one perished in the violence.

Through determination, shrewdness and luck, Forrest only narrowly escaped death during the purge. Père Étienne-Jules Dubernard, one of two French missionaries in Tzekou, was not so lucky. He was eventually found in a cave, unrecognizably mutilated and burned as a heretic. After eight harrowing days of pursuit by the lamas, Forrest was eventually saved by Lisu villagers — an indigenous people who also lived in the mountains of northwest Yunnan. The rescuers nursed him back to health and facilitated his concealed journey back to the safety of Talifu. His collection of thousands of plant specimens was destroyed. 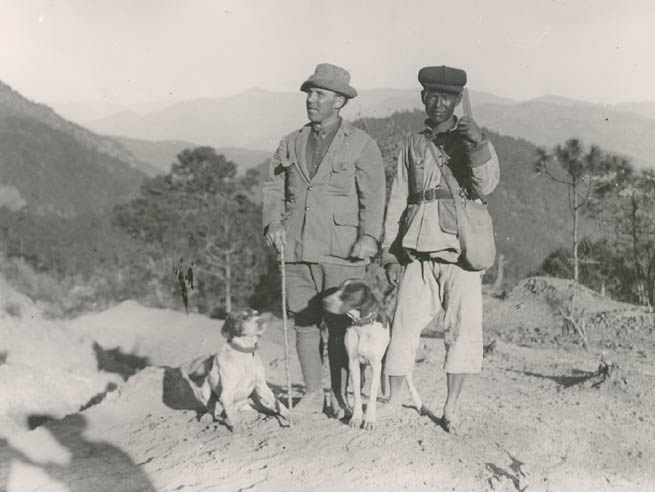 Despite the traumatic experience, the Scot's resilience proved itself again when, just two months later, he embarked on a second journey through Yunnan with his life-long friend George Litton. The trip would turn out to be one of Forrest's most prosperous, seeing him collect thousands of new plant, seed and root specimens. Unfortunately, Forrest would experience another setback, when Litton was struck down with malaria and quickly passed away. On his next expedition, Forrest would himself contract the disease and only narrowly recover.

Although littered with a number of personal and professional hardships, George Forrest persevered through everything and came to call Yunnan home. During his six subsequent journeys, he discovered 1,200 plants new to science, along with dozens of bird and mammal species. Overall, 31,000 specimens from China's southern forests were sent back to England by Forrest. Today, more than thirty genera bear the Scotsman's specific nomenclature epithet — forrestii. Given Forrest's passion for exploration, however, the actual task of documenting the findings was left primarily to Balfour, his friend and previous financier.

For his efforts, Forrest would later receive several medals of honor and induction into England's prestigious and exclusive Linnean Society. By 1930, Forrest prepared himself for one final trip, an expedition he believed would be his magnum opus. His premonition proved correct. Two years later, the botanist had effectively covered the majority of loose ends from his previous research, again finding thousands of rare species and forever expanding the gardens of Europe.

As if taken from an Elizabethan drama, Forrest suffered a lethal heart attack just after finishing the bulk of his work, leaving behind a wife and three young children in England that he rarely saw. Staying true to his adventurous spirit, the Scottish-born botanist was buried in Tengchong (腾冲) under the same fertile ground he studied for the majority of his life. 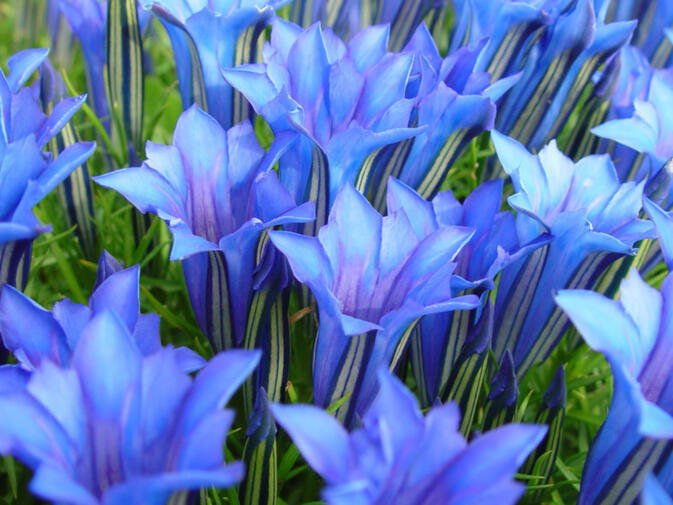 Quite interesting. I had never heard of this guy before.

Great article and summary of Forrest and his life! Always interesting to see others also writing about the historical French and Swiss presence in today's Cigu and Cizhong.

For some great work on Forrest in tandem with his more well known successor Joseph Rock, check out the excellent historical ethnographic book The Paper Road by Erik Mueggler. A fantastic archival analysis of what these men were like in the field given through the eyes of their local Naxi assistants.

A separate biography on Forrest full of great photos tiled George Forrest Plant Hunter is also a great read. Mandarin Books on Wenhua Xiang sometimes has copies but be warned, it is a large coffee table style book so expensive.

Eight years ago I tried to locate the grave of George Forrest - and a A-team was put up for this - but it had vanished, and for forever. Within the team was the owner of the Heshun WW2 museum owner and he had bought up the stuff that was left around the former Tengchong British consulate, including some of George Forrests things. As this was after the japanese had looted the city - and allied bombed it - there was obviously not too much left. But there were a few tools including Forrests old camera and Littons meat grinder and such. During this grave location project there was a persistent local story/rumour around that Forrest did not die of a heart attack - as its said in this article and informed in most sources too - but he was murdered by a local. As far as I recall Litton was likely murdered too - the Lisu and Jingpo were good on aconite, and it works a lot more effective and faster than malaria. Littons death was witnessed by Aleiser Crowley by the way. This story can be found online in Crowleys diary.

Concerning the incident involving George Forrest, Dubernard & Co. + the furious tibetans, this story can be bought from the Geographical Societys bulletin (online) - and its well worth a read. Forrest started hallucinating (due to extreme exhaustion and malnutrition) after having been several days escaping the furious tibetans - who were constantly just a stone throw behind - and would have mutilated and killed Forrest too - but he saw the ghost of by then dead Pere Dubernard, who pointed him in the right direction. Imagine telling that story over a whisky.

Really interesting, I'm really fascinated by the life and achievements of Forrest!

Brendan, is there a lot of info on his life in the coffee table book? I'd LOVE to read it but can't get it anywhere, seems like an expensive collector's item.

Peter, that is so interesting that you actually tried to locate his grave! Wow. I can't find the story on the Geographical Society Bulletin, do you have a link or website? Thanks!

@Flengs, yes lots of info indeed, its a coffee table book in the sense of its size and all the photos, but its very well researched and a very thorough. Mueggler's book is also really excellent with a lot of info about Forrest's expeditions and much more affordable...

Hi Flengs. We did actually locate the small hill on which Forrest had been buried, and next to Litton by the way. I got the location among a handful of photographs from Kew Universitys archivist, who was in charge of the Forrest archive. But in 60's when red guards came from north to south to engage in Mao era projects, the old graveyard was taken down and pine trees (or rubber trees) for economic purpose were planted on this hill. Its just next to Tengchong city. We did locate a few missionaries tombstones and they are now in the Tengchong museum.

You ask about the story on George Forrest and the furious tibetans. Royal Geographical Society is the whole name, I think Ive spotted it through JSTOR, but I see now that I probably mixed it up with another article on RGS written by George Forrest on Littons Salween expedition. Anyway, It has been told by many people, its one of the old Yunnan legends, sort of. Crowley writes about it too. In conclusion, I cant find the one George Forrest wrote right now - and with this lousy net connection - but googling these will bring some results to try to fish it up from. I think the story is in the Plant Hunter book too.

I read either a book or long article on Forrest and his work in the last year or two which was interesting. As my memory fades I can't locate it. Did find this story on an attempt to locate Forrest's grave.

..sorry if i flood this section, but a comment to geezer as its slightly related to my previous story.

Right, that guy tried to find forrests grave too, and a few years earlier, but he was not baptized in yunnan esoterism and neither did he have a vast guanxi network. heh. i sent the story of the second grave location attempt to him, but he never replied back. of course, maybe the email was not correct. anyway the archivist in kew was following and showed a lot interest. the case is more or less closed unless someone finds some 100 small pieces of the tombstone underground and glues them together or something like that. well, theres the slight chance too that someone picked up the tombstone and used it as washing board or something else too, but "officially" the case is closed :)

..dubernards story is actually more interesting than forrests, as he was alone up i those hostile mekong mountain areas for decades. the lonesome french missionaire named several plants too.

The link on "massacre of foreigners or locals" (en francais)in wiki describes Jules Étienne Dubernard being decapitated by "Lyssous" Lisu, which were part of the revolt.
Obviously a mistake which should be corrected for the history records.

Ground penetrating radar can be used to find graves...many clues would / could remain to ID Forrest.

They found and ID'd Mallory on Everest, although luck did play a part to stumble on his body in the 70's.

Girl Power Night (Pin Up Party) at The Turtle Bar!