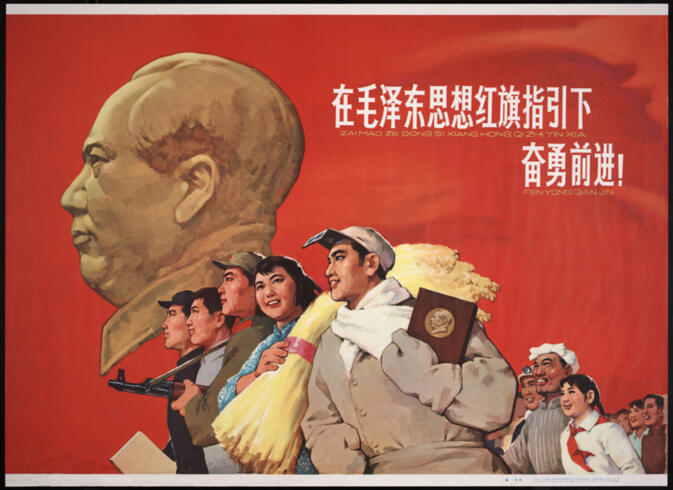 May 1 is Labor Day in China, as it is in dozens of other countries around the world. Once cause for enormous parades, high-flung speeches and mass gatherings across the Middle Kingdom, today the holiday is a bit muted, as much of the country embraces a more consumer-oriented bent. Now, the government-sanctioned day off is an excuse for many — proletariat and bourgeois alike — to take time off work and travel.

The origins of the holiday, also known as International Workers' Day, first came into being in 1891 in Europe. At that time, the Second International — a collection of socialist and labor parties then based in Paris — formally voted to recognize May 1 as a day of remembrance. Promoted as a way to honor those who died or were injured when a Chicago rally in support of the eight-hour workday turned violent, the holiday is now recognized in 80 countries. 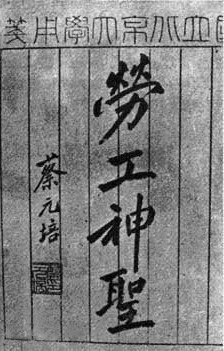 Twenty-seven years later in China on May 1, underground Communist organizations in Shanghai, Suzhou and Hangzhou distributed pamphlets calling attention to the holiday. Emblazoned with the slogan "Labor is Sacred" (劳工神圣), the leaflets are now said to be the first public recognition —however small and isolated — of Labor Day in the country.

Shortly after the founding of 'New China' in October 1949, Labor Day — called Laodong Jie (劳动节) in Chinese — was designated a legal holiday. During the chaos of the Cultural Revolution, it was elevated above almost all other holidays, as ancient celebrations were shunned as being too 'feudal'. Workers' cultural palaces were erected in major cities around the country.

Fast forward to the year 2000, when annual 'Golden Weeks' were first implemented. Originally, there were three of them — one for National Day, one for Chinese New Year and one for Labor Day. However, in 2007, the national holiday structure was once again altered, with Labor Day reduced to a three-day weekend. The pendulum of history had swung back in favor of tradition, as Tomb-Sweeping Festival, Dragon Boat Festival and Mid-Autumn Festival were all added to the officially recognized list of annual public holidays.

On one hand, these changes allowed for more frequent — albeit shorter — holidays throughout the year, and an increased focus on more venerable Chinese cultural traditions. On the other hand, the lessening of Labor Day's prominence in China was perhaps a nod toward the shifts in economic and social philosophy taking place over the past four decades. Today, the country's economy is based largely on capitalist free market principles, and likely would be unrecognizable to Chairman Mao.

In the twenty-first century, the People's Republic of China is one of five remaining Communist states worldwide. Sharing the list with Laos, Vietnam, Cuba and North Korea, China is certainly the last with the capacity for political and economic dominance. So it is not without irony that this holiday weekend Chinese laborers of all stripes will be spending their hard-earned time off on heavily capitalistic getaways. Labor may still be sacred, but so too is spending money.

Editor's note: This article was originally published by GoKunming on International Labor Day in 2016. 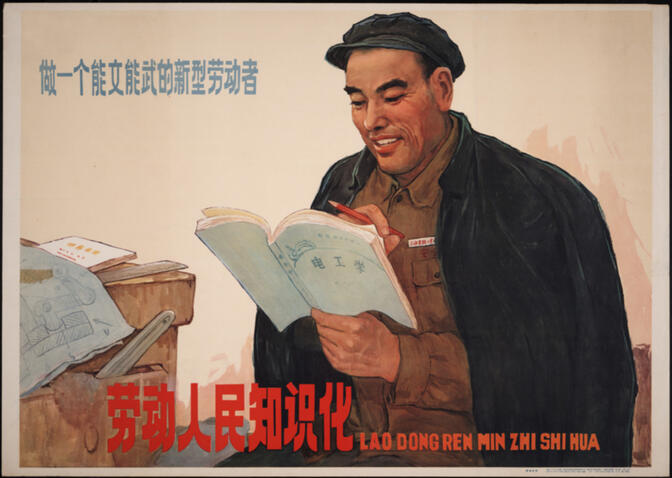 And let's not forget that this is an international event, not just a nationalist one.

Nor just a Communist one.

Just to add a little to Jordan's excellent article, the slogan Labour is Sacred seems to have been coined by the famous intellectual Cai Yuanpei (his name is on the pamphlet cover pictured). Cai was president of Beijing University for several years from 1917. He was never a communist, although while at the university he employed Chen Duxiu who founded the Communist Party in 1921. Cai supported Chiang Kaishek's government for a while but later denounced its repressive policies.

And let's also not forget that before it was appropriated by the socialist movement in Europe that it was a spring festival there, with possibly pre-Christian origins. Dancing round the May-pole can still be seen in several northern-European cultures.

Interesting how the holiday has evolved workdwide. Glad that China is moving towards recognizing more of its unique cultural traditions. Good article. Thanks.