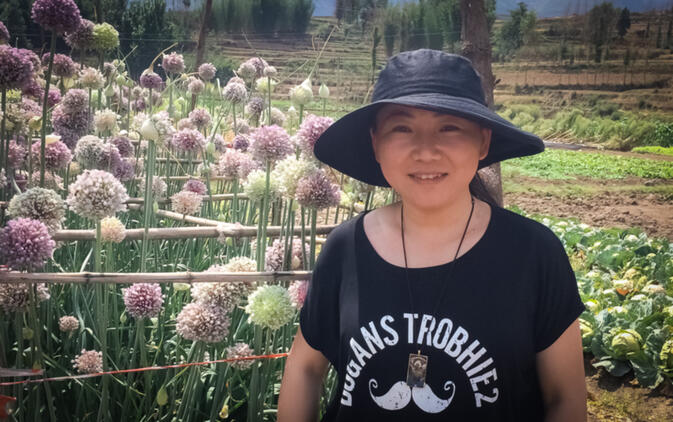 First and foremost, Kunming native Li Yuan (李元) is a newspaper journalist. She has worked for The Spring City Evening News for 15 years as a reporter, editor and project manager. She is currently involved with the paper's New Media Department. In addition to her formal work, Li has been engaged in a bewildering number of cultural and social issues for the last decade.

She has mentored students at Yunnan University of Science and Technology, is director of the Yunnan Loving Heart Volunteer Association, is a tireless advocate for all things green and, as such, has founded a social enterprise called Abu Low-Carbon and Creative Design Studio.

Li recently found time in her nearly inconceivably busy schedule to speak with GoKunming. Together we discussed her efforts to promote organic farming and a low-carbon lifestyle, both of which led her to recently produce a 25-minute documentary on the benefits of farming without pesticides or artificial fertilizers. 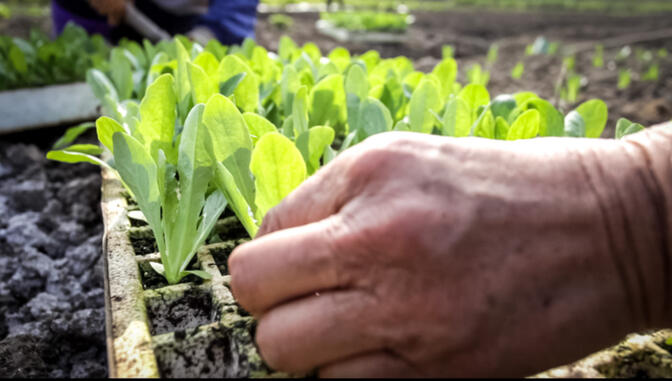 GoKunming: How did you first come to be interested in organic food?

Li Yuan: I became a vegetarian in 2009, but it wasn't until three years later that I really started looking into what healthy eating was all about. In 2012, I came to realize I didn't really know what I was doing as far as buying clean, organic food. I began doing research on my own and concluded I needed to study hard to understand how food is grown and what that means for the people who eat it.

I went to Chengdu and Taiwan to do research and personally visit farms. Taiwan opened my eyes. Large sectors of the population there place great importance on organic, pesticide-free food. It has become a valued part of society. Producing crops in this manner is extremely costly in Taiwan, but the government and ordinary citizens have come up with innovations in shipping and other sectors of the production chain to lower prices so organic crops are available to more consumers. I was inspired by what I saw, and the experience made me think I could contribute in my own way back at home in Yunnan. 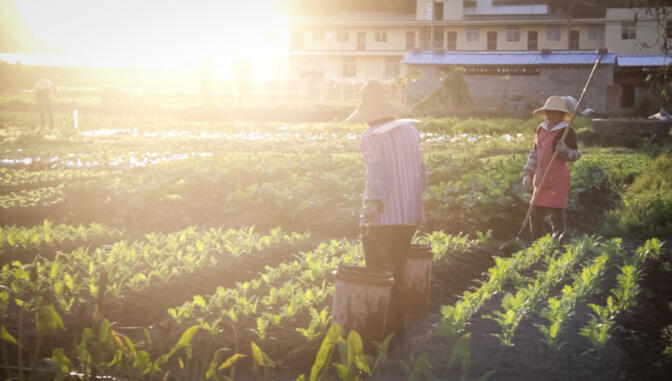 GK: What is the biggest hurdle facing the organic movement in China?

Li: China is so far behind much of the rest of the world in terms of understanding. People have to be educated first. Only after that can further training in organic farming methods be put into place. Our biggest problem here in China is the population. A huge number of people are still relatively poor and unable to buy organic food at current prices.

The long-term focus has to be on those people and making clean food available at affordable prices. And it has to start now. Under Chinese law, it takes at least five years to return farmland to 'virgin' status. If we don't do something immediately, it's only going to get worse.

GK: As part of your effort to do something you produced the documentary Ecological Growing. How did you organize funding, equipment and facilities for the film?

Li: The Yunnan Association of Science and Technology provided the money. I provided the ideas. The film went from conception to post-production in three months. I used a lot of resources provided by the Spring City News Media Group, which was incredibly helpful. 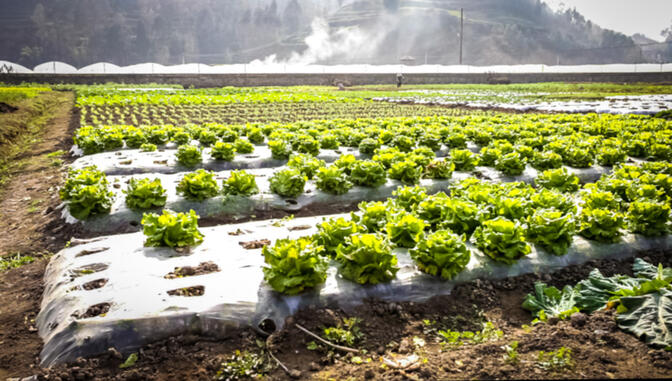 GK: Could you tell us a bit about the film?

Li: Many of the scenes and ideas in the documentary are fairly common sense and basic, but they are all together in one place. That's important and can hopefully get a lot of people, including children, thinking. In the film we tried to focus on both the city and the countryside. It is geared toward both farmers and city residents. They depend on one another and are not separate entities, in any country. A lack of compassion or understanding by either group can kill the other.

So what we did in the movie was start out simply, stressing the importance of growing sustainable crops while protecting regional biodiversity. Just as an example, rice grown in Dali used to have natural oils that not only made the grains healthier to eat but also made cooked rice tastier and softer. Because of modern agricultural production, those oils are gone, bred out or replaced with store-bought seeds. The film points out the that we've got to stop things like this from happening.

How do you propose slowing or ending the loss of agricultural biodiversity?

Li: It isn't easy. But in the film we address three topics, the third of which revolves around seeds. The first point is actually concerned with how an average person can reduce the amount of garbage they produce. Seventy percent of all landfill waste comes from the kitchen. This is a problem in every country in the world, but especially so in China. So we include some suggestions for how to cut down on trash, including introducing the idea of composting. The second issue is similar, how to cut down on wasting water.

The third point is all about saving seeds, to get back to your original question. Non-genetically modified crops have gone through environmental changes like floods and droughts. They've adapted to life in a specific place and to that place's changeable conditions. They've been allowed to adapt. We have to get good at collecting and preserving these seeds, as we once were as a species.

Again, this is a problem facing the entire world. Natural disasters can actually be good for making stronger, more resilient plants. Here in Yunnan, farmers often don't understand the value of collecting and preserving seeds. They can just buy new ones each year, but that brings up the problems we just talked about. 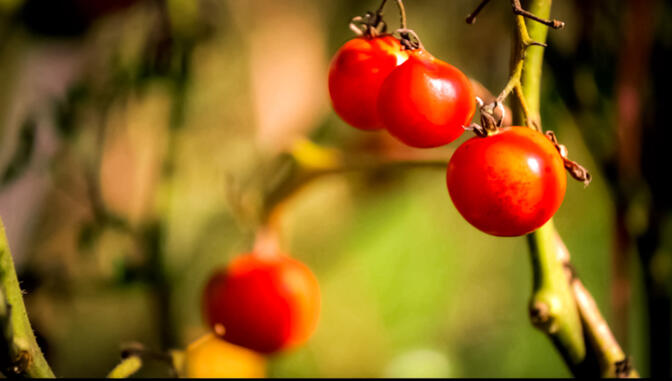 GK: How is the film being distributed?

Li: It is available for free on Youku and we have organized several public screenings. In addition to that, the Spring City Evening News let me use their Weibo account to promote it, and that account has over a million followers. That helped [laughs]. But a few volunteers and I also try and do outreach programs with people who live in Kunming through my low-carbon studio.

GK: What do those outreach programs entail?

Li: We organize overnight trips to organic farms near Kunming for people who live in the city and go to places like Anning or Yidianyuan (伊甸园). On a typical trip we visit a village using sustainable, organic practices, watch how the crops are tended and hold lectures on low-carbon living. Then we put the volunteers in the fields alongside the farmers for some hands-on training. It's a give-and-take cooperation. The farmers get a bit of extra help and the volunteers learn where their food comes from and how it is raised. 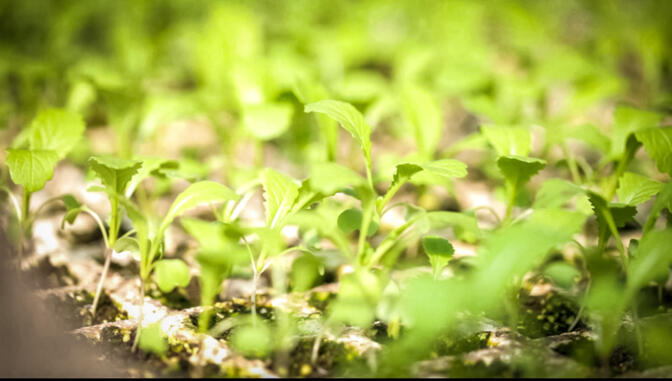 If you could make any changes you'd like to the way food is raised in Yunnan, what would your first set of priorities be?

Li: In the entire process of food production, there is often a lack of understanding and direction. People don't see the real basic purpose, which is nourishment. Changing this is fundamental to having a healthy and informed society. Poor Yunnan farmers are very limited in who they can reach out to when they want to develop a more sophisticated and nuanced understanding of what they do on a daily basis. Often what they are exposed to is theoretical or messy, not practiced and proven.

If I could change something, it would be how university students studying agriculture interact with their subject matter. They should, sometimes at least, work in the fields alongside real farmers. That way they can have actual discussions with the people who get their hands dirty. I don't think this is too crazy a concept!

In both Hong Kong and Taiwan, agriculture students have access to internships where they spend large amounts of time on farms. This needs to happen in Yunnan as well. Rural education programs on establishing village seed banks is also a must. What I would like to see are places where students go to the fields and rice paddies and learn why things are done the way they are. In exchange, they could explain and work to help farmers start seed banks. This, coupled with sustainable organic methods, would mean at the end of the day, everyone could sit down to a healthy and nourishing meal.

There is a great video called - Back to Eden. I could not find the link any more but the name of the title is correct.

I have 2 balconies in my apartment so I have a small garden. I compost all my vegetable waste and I feed it to the worms in my worm garden. Over the years I have put all this into the red Yunnan dirt that I got from outside and now my soil is rich, loose and black.

On not wasting water: a simple thing that anyone can do who has a bathtub is to leave the water for baths, showers, washing clothes, etc. in the tub and then using it to flush the toilet.

And on not wasting water: get rid of Taiyangneng. The amount of water you waste while waiting for it to warm up is simply silly.

Taiyangneng (solar heating systems) can be wasteful but need not be. Ours has a small wind driven pump on the roof that constantly circulates the water around the house, so that there is always hot water throughout the system, close to every tap.

You could catch the water in a bucket to use for a top-loader washing machine or to flush the toilet, while you're waiting for it to warm up.