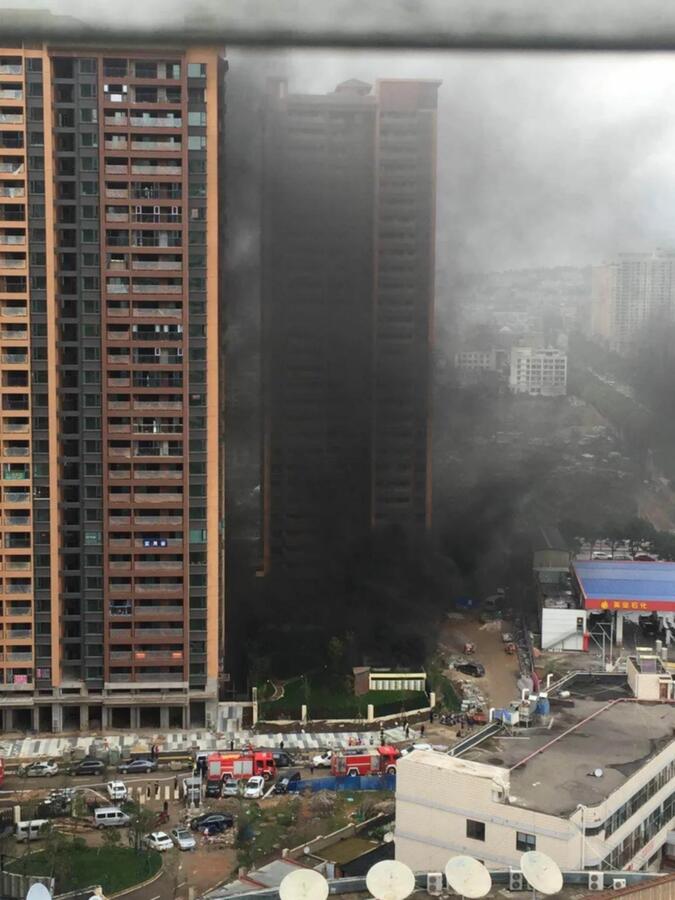 Near the intersection of Yuchi and Yunshan road

Monday morning, at around 8am burling black smoke spiraled into the sky in Spring City's Xishan District. The fire department, which can be reached on the number 119, responded prudently with more than ten fire engines on the scene. The visible flames were reportedly under control within thirty minutes from the distress call. 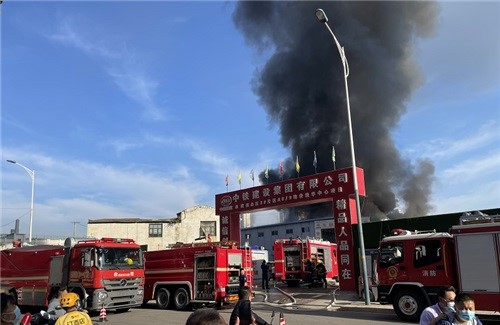 The smoke came from the temporary office area of a construction site belonging to China Railway Construction Group Co. Ltd's . A steel provisional three-story structure had become engulfed in flames. No explosions were heard by neighbors and pedestrians prior to the first wisps of smoke. Eyewitnesses interviewed only described the sight and smell of the charred scene.

The cause of the fire has yet to be determined and is still under investigation. No injuries were reported and monetary damage is being calculated. Officers closed Yuchi Lu (鱼翅路) temporarily and were redirecting traffic to Danxia Lu (丹霞路). The focal point of the flames was less than 200 meters away from a nearby gas station which was fortunately spared from any calamity. 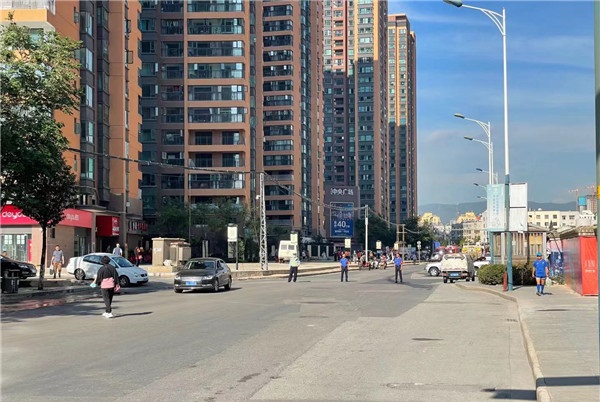 The location of Monday's fire was nearly in the same place as a blaze that burned in May 2020, which was at the Hailunbao building just across the street. Last year's fire was ignited from the combustion of paint when the building was still under construction but has since been cleaned up and restored.

October 18, 2021 "Summit Language school is looking for qualified and enthusiastic teachers to join our team starting as soon as possible. The school is location in We …"
Living in Kunming JanJal