By Patrick Scally in Features on September 24, 2013 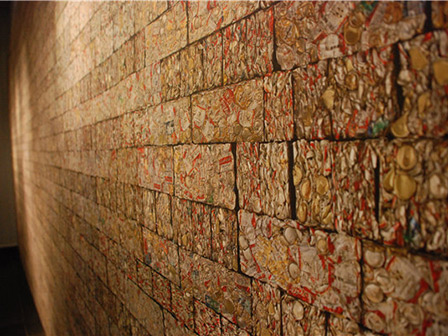 Since 2007, artist Zi Bai (资佰) has taken a great number of photos of the refuse in garbage collecting stations, first in Xishuangbanna and later in Kunming, Shanghai and other cities. An exhibition of his work, entitled Made in Spectacle Society is currently being held at TCG Nordica.

This is Zi's first solo showcase in Kunming. It features a selection of photographs taken in garbage dumps and then digitally manipulated to display impressive, nearly suffocating scenes of the piled accumulations of our society. The exhibition runs until October 30 and is free to the public. Doors are open Monday through Friday from 10am until 10pm and Saturday from 11am until 11pm.

Below is an interview with Zi Bai. It was recently conducted by Hanne Nilsen Nygaard and originally posted on TCG Nordica's website.

Hanne Nilsen Nygaard: Can you tell us about the project and how you came to choose this subject matter?

Zi Bai: In 2007 I visited landfills and garbage dumps in the area where I am from, Xishuangbanna, and I was shocked by what I saw. There were these huge piles of garbage. People shop a lot more these days.

China has become more capitalistic and commercialized and people have more money, and spend more money on things. Sometimes it seems like when people shop they don't know where the waste ends up.

In 2008 the American government criticized China for not having control of their pollution and garbage, but what I realized was that most of the products in the landfill were American — Coca-Cola cans and beer bottles from Budweiser. I have also heard that Budweiser has done a lot of promotion for their beer in China — for example giving away cars to the bars that sold the most Budweiser in a year.

So I decided to start photographing this, because I wanted to portray the details. In photography you can see the details more than you can in paintings. The details became clearer. I am interested in what's under the surface, and by focusing on the details I am able to do that.

Nygaard: How would you describe your work process from conception to completion?

Zi: I was really interested in consumption and this led to my visits to different garbage dumps. I was shocked at the vast amount of garbage. That's why I started this project.

Normally I start with an idea, like in this case visiting the landfills, taking lots of photos of different things, as much as possible really. Then start working with the photos on the computer. This time I visited the dumps several times to get the best and most detailed photographs.

For this project I started by looking for Coke bottles and cans. But I noticed that there was another brand, a Chinese drink called Wanglaoji [王老吉], and there were a lot of cans too. These cans are red and look similar to the Coca-Cola cans.

I also found a lot of used syringes at the garbage dumps. I was shocked by this, because these syringes can carry a lot of diseases and should be destroyed at the hospitals. 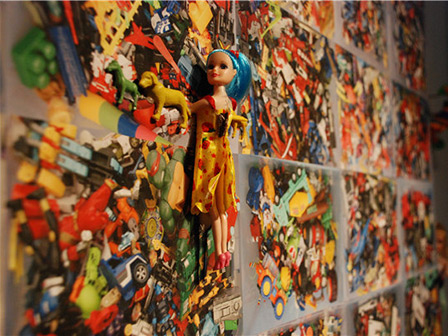 Nygaard: Can you name an artist/artwork or exhibition that has inspired you?

Zi: One artist that I am inspired by is Andreas Gursky. He has photographed shopping centers around the world like the one called 99 Cents Only. I photograph the waste at landfills that largely comes from places like that.

Nygaard: Why do you want to make places such as recycling centers look beautiful?

Zi: In China everything is suppose to look beautiful, but under the surface there is a lot of problems. That is what I'm trying to show with these pictures.

My pictures can be used as beautiful decorations to hang in your living room, and when something is beautiful, you just look at it as beautiful; you don't see it for what it really is. But if you look closer, under the surface, there is something disturbing. And that is what I am trying to create with these works. 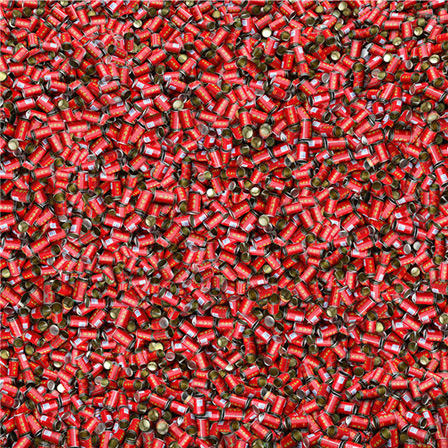 Nygaard: Have you experienced that your work has influenced people, socially, or have you gotten any reactions?

Nygaard: Why is it interesting with many objects piled together?

Zi: One wasted can is no danger in it self. But when you see piles of cans it is powerful, almost scary. I cannot breath and it gives me a feeling of claustrophobia.

Nygaard: Why, in your opinion is art important?

Zi: Good art can change human beings and how we see things.

And many of the top premier league football teams are foreign-owned, but the brands are still considered British.

Anyway, the InBev deal happened in July of 2008, so depending on when he visited the landfill it could still technically be correct.

Yup, a Belgian company making a beer in China using a stolen Czechoslovakian name. As American as apple pie...

Good subject matter, that on which the world chokes.

This documentary called Waste Land, from Brazil is also about landfill art:
www.imdb.com/title/tt1268204/plotsummary?ref_=tt_ov_pl

Popular subject matter. Recommend this director and his pictures and documentary "Beijing besieged"