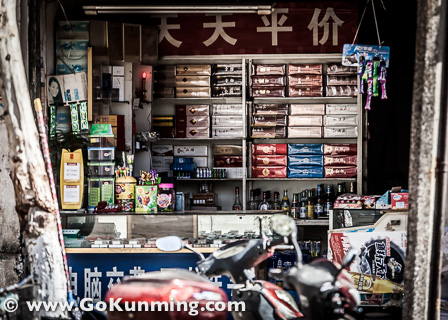 While today's hearings were largely exploratory, it appears the Spring City government is actively looking for solutions to a growing problem. In Kunming the percentage of young people smoking is more than quadruple the national average. According to a 2009 survey, more than half of Kunming males age 16-18 smoke, while nine percent of girls do.

National statistics cited in the Yunnan Net article report that China has 15 million smokers between the ages of 13 and 18, a rate of one in nine. An additional 40 million adolescents have tried cigarettes.

Laws limiting the sale of cigarettes can be a thorny issue both nationally and in Yunnan. A Brookings Institute study found that up to ten percent of all Chinese tax revenue comes from tobacco. In Yunnan the number is significantly higher as roughly 45 percent of all provincial tax receipts are generated from tobacco.

Highlighting the intertwining relationship of government and cigarette manufacturers, the smoking control hearings today were hosted by government-run Yunnan Tobacco Monopoly Bureau (云南省烟草专卖局) at its headquarters in Kunming. Testimony was given not only by public health advocates and university professors, but also by several prominent tobacco industry leaders.

Campaigns to limit the effects of smoking, especially second-hand smoke, are not new to China. However, a look around the restaurants, bars, internet cafes and taxis of Kunming shows that the 2011 nationwide ban on smoking in public places has had little effect locally.

I suppose their little legs won't carry them 100 meters. How pathetic. Even if implemented it wouldn't even count as a token gesture.

On the contrary, I think a token gesture is exactly what it is. But every little counts. At least they recognise the problem.
Much better would be for the police to wander around restaurants and enforce the existing law... or would that upset the status quo a bit too much?

A day after the new law went into effect we were in a restaurant where ash trays were on the table and people were smoking. We mentioned the new law to the employees. They had not heard about it!

Additionally, the law provides for a minuscule fine to the smoker of only 10 RMB. If they want to stop smoking in restaurants their needs to be a very large penalty to the owners of the establishment. Same for taxi drivers, who are usually the people found smoking in the taxis.

Until the Yunnan government can change their dependence on the tobacco industry I doubt they will start to enforce the national anti-tobacco laws.

When I smoked, as a school boy, we bought our backy well away from the school gate.

Tigertiger, you must be younger than me. When I smoked as a boy there were no restrictions. We just made out purchases out of sight of parents. Times have changed.

The small school and middle school I live beside have toy/sweet/stickers shops beside them.

And they sell the smokes individually to kids cause the kids can't afford a whole pack.

No restrictions for me, other than school rules.