By Patrick Scally in Features on November 13, 2012 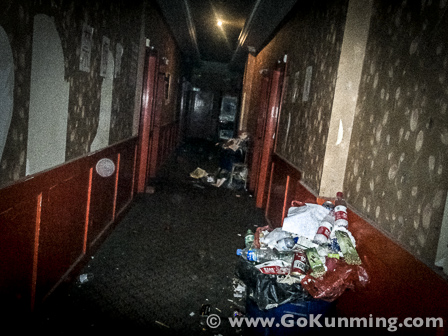 Where the magic happens

The Kunming music scene has its own unpredictable rhythms. Bands appear seemingly out of nowhere and, often as not, vanish again. Some, like Shanren and AK-47 move to Beijing looking for more exposure.

Finding time to compose new music is a bit difficult these days as the band is currently performing on the 2012 Converse Looking for New Noise (2012寻找新噪音) concert tour. Bands on the tour have been whittled down from an original 500 applicants and now number just five, including Hell Yeah. Two of the five remaining acts will be named winners on November 17 and flown to New York City to record albums.

GoKunming caught up with Hell Yeah at their well-hidden practice space near the Kunming Zoo during a break in their touring schedule. They had two days to prepare before leaving for tour dates in Chengdu and Guangzhou – which were this past weekend – before going on to play in Wuhan and Shanghai this week. We talked about life on tour, crappy practice spaces and complimentary booze. 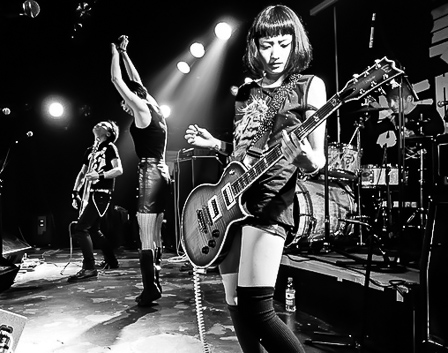 GoKunming: How long have you known each other?

Baicai: I've known Shi Yitong forever. We were in bands like Beat Me to Death and I Still Won't Talk (打死我也不说) for...oh god...almost six years.

Xiao Du: We've all known each other for several years. Kunming's a small place actually. But Hell Yeah has been together for half a year now.

GK: How did you choose the band's name?

Baicai: It's from an inside joke. We were just sitting around talking and it turned into this repeated punchline.

GK: You guys play several covers, which are your favorites?

Baicai: Songs by Dead Kennedys and Sham 69. I think Cherry Bomb by The Runaways is pretty fun to cover.

Xiao Du: But we have influences from all over the place. I like stuff other than just punk rock. I love some older groups like Bauhaus, Pink Floyd and Kiss...

Baicai: ...and newer ones like Atari Teenage Riot and Revolutionary. 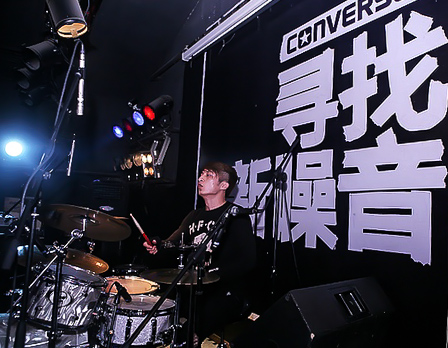 GK: How many songs have you written yourselves?

Xiao Chao: Three so far. We haven't had much time recently.

Shi Yitong: We all work together, there's no real method. It comes from just playing together, jamming, I guess. Baicai and Xiao Chao wrote one song together. The others have been collective efforts.

GK: How has the Converse tour been going?

Shi Yitong: It's tiring, but exhilarating. We've done shows in Beijing, Shenyang and Shanghai. Basically back to back to back. In Shanghai we also did a photo and video shoot. Pretty hectic. 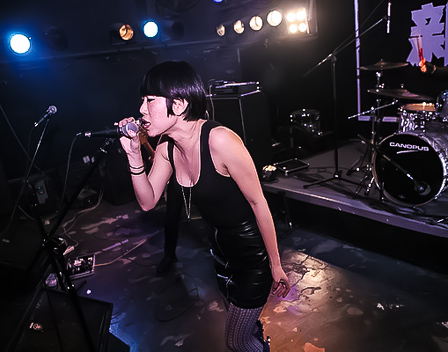 GK: How has the turnout been?

Xiao Du: There were hundreds of people in Beijing, a good turnout. In Shenyang there were about four or five hundred people. We are there to perform and love crowds so it's been good.

GK: Any interesting stories from the tour so far?

Baicai: We got to make a commercial for Converse in Shanghai. After that we drank all the beer and booze in the hotel room and filled the empty bottles with other stuff so we wouldn't have to pay.

At the Beijing show we met Carsick Cars, who we all love. We got to get drunk with them after the gig. We've made friends with the other bands on tour as well. They're all cool to hang out with.

Shi Yitong: In Beijing we saw some old friends. Then Xiao Du just disappeared. No one could find him and he wasn't answering his phone. Off with an 'old friend.'

GK: If you win the competition you get to record an album. What else will you do with your time in New York?

Shi Yitong: I'll probably just roll around on the ground kicking and screaming with joy.

Xiao Du: I might just disappear again, into Brooklyn. 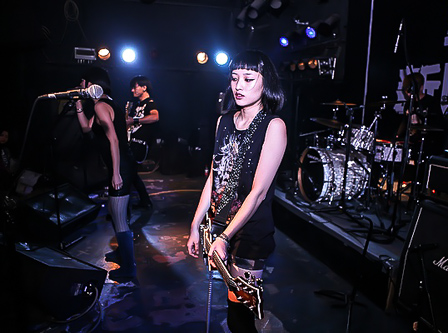 GK: What are your upcoming plans?

Baicai: Of course we would like to make a record, but we aren't looking for a contract. We really want to remain independent and make our own way. After this contest is over we'll come back to Kunming to write more songs, book more shows and hopefully play in some festivals. Shows abroad would be nice.

GK: The prospect of immediate success aside, do you want to move to a bigger city with a different scene?

Baicai: No. Kunming is home. Beijing and other places to us are kind of used up, commercial. Kunming has more freedom and there is less pressure here.

GK: This is a pretty unique practice space. How did you find it?

Baicai: The landlord of our previous place found this one after the old building was demolished. We're pretty sure this one used to be a brothel and downstairs is still a momoting (摩摩厅). We share the hallway with about 20 other bands.

Shi Yitong: I don't know which one was worse, this one or the last one. Our previous practice room was near the second ring road between an army base and two prisons. We used to open up all the doors and windows so the prisoners could hear us play. 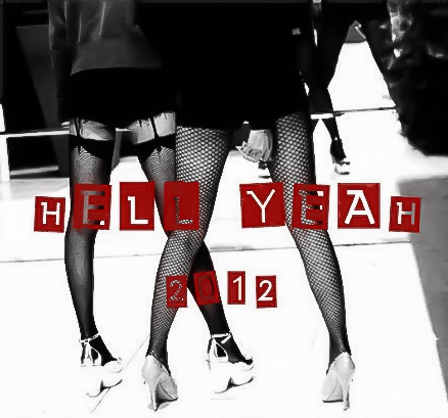 So when can we see them in Kunming? Also, what's a 磨磨厅？

These Ladies (& Gentlemen) rock. Good luck with the competition!

It would be great to have an emerging band from kunming go national or even international. 加油

Still don't know what it is though. I'm guessing a massage parlour? But then with a sleazy edge?

My Chinese is not super great, but I guess I'd translate it as a "stroking room," if you get the drift.

Great to read about HELL YEAH! Love the people, and the energy they put into their music.
Happy to hear they want to stay in Kunming, as we want to hear a lot more from this fantastic band.
Good luck with the competition.

Is that "Baicai" as in Da Chris and Bai cai? I cant tell from the photo

Saw them play at the Fuxian festival. Great energy and great stage attire. F' yeah! Too drunk to f'

A video filmed locally at Bridge has been added to the article.