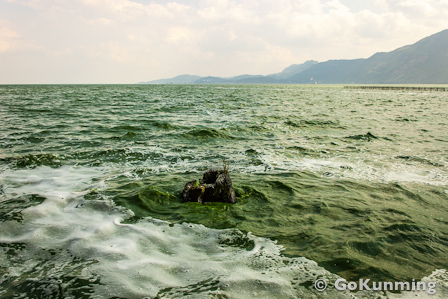 A proposed hotel fee for visitors to the Kunming area is fueling a national discussion of how public projects should be funded.

The tax, if approved by the provincial government, would charge ten yuan for every night a person stays in a Kunming hotel, according to a press release by Stockstar. All hotels in Kunming's Wuhua, Panlong, Xishan and Guandu districts, as well as Chenggong and Jinning would be required to add this tax to their existing room rates.

The "Dianchi Lake Protection Rule" would funnel money from the hotel surcharges towards initiatives to clean up Kunming's environmentally challenged lake. The press release says similar fees in Dali and Yuxi were the inspiration for the lake rehabilitation tax.

The Kunming government estimates that the tax could generate up to 1.2 billion yuan each year for lake cleanup efforts. Reports have yet to indicate which of the many rehabilitation projects currently underway at the lake would receive money from the proposed tax.

Editorials have appeared in newspapers outside of Yunnan criticizing the proposal. One, published in the paper Northeast News, declared that the 10 yuan rate was a "prisoner's dilemma" that would unnecessarily punish tourists.

When the possible fee was announced August 5, opponents took to microblogging sites to voice their reservations. A man surnamed Xiao vacationing in Kunming told the Shanghai Daily that "the city government should impose the fees on factories beside the lake who are the true culprits behind the pollution."

10 Yuan is not a big amount and I would have no problem with it, but Mr Xiao is right, the polluters should be paying - BIG!

Also, is there any guarantee that the tax collected would actually go where it's supposed to, or will it all go to administering the tax collected. I have only Canadian habits to reference on that point, but that's what happens in Canada, eh!

Makes complete sense, turn a blind eye to local industry for years who are polluting the waterways which then ruins the tourist value of the lake. Then get the tourists to pay for cleaning up the lake because, darn it, they are the ones who want it to be pretty. China is so full of WTF moments!

So let me see if I get this right:

1 Turists have to pay for the pollution caused by factories.

2 Factories will not be charged anything.

3 The tax money will not be used to clean the lake.

4 Kuming party members will be able to afford Harvard tuition for their offspring and buy Aston Martins.