By Patrick Scally in Features on December 8, 2010 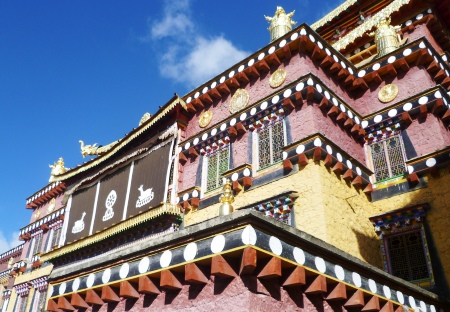 Shangri-la has long been a metaphor for a mountain utopia in which spiritual harmony and physical well-being are a way of life. The idea of a real Shangri-la existing in the mountain valleys of Asia has long captured the imagination of disillusioned individuals who come to the conclusion that modern life is rubbish.

Naturally, the term 'Shangri-la' has become commodified and is being used to sell everything from hotel rooms to coffees and soaps – even a small city.

In 2001 the mountain town of Zhongdian in northwestern Yunnan beat out several other cities and was allowed to officially rename itself Shangri-la. Since then the city has undergone a rapid transformation into a popular tourist destination.

English writer James Hilton's novel Lost Horizon first introduced the term 'Shangri-la' to the collective consciousness in 1933. The book was one of the first popular paperback novels, captivating readers around the world with its blend of mystery, adventure, fantasy and exotic travel.

Some believe Hilton's Shangri-la was partially inspired by the writings of botanist, explorer, photographer and ethnographer Joseph Rock, who visited Tibetan areas of Yunnan and Sichuan in the 1920s. It is unlikely that Hilton's Shangri-la actually exists, but that has never discouraged people from looking for it. 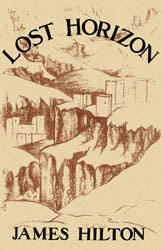 Hilton's story begins with several English men who were once classmates reuniting over dinner in Berlin. Their conversation chances upon the strange disappearance of a British evacuation flight out of the city of Baskul, Afghanistan in 1931. The plane and its passengers disappeared without explanation.

One of the dinner's participants, a novelist, confides over after-dinner drinks to the narrator that he knows the true story. He claims to have run into a mutual acquaintance named Hugh Conway, who told the story of the plane's disappearance while recovering from amnesia. The novelist provides the narrator with a manuscript of the story that Conway told him.

The manuscript serves as the basis for most of the novel. According to Conway's account, the plane was hijacked and flown into Tibet. After landing the plane, the pilot dies for no obvious reason.

The four passengers, which include the British consul Conway and vice-consul Mallinson, the London missionary Miss Brinklow and the jolly American Barnard are greeted by an entourage headed by a Chinese monk named Chang. They are given fresh mangoes and delicious wine and taken to a remote lamasery in a village called Shangri-la.

The lamasery at Shangri-la is a grand and imposing compound overlooking the village and mountain valley below. It sits below the towering peak of Mount Karakal, or Blue Moon Mountain, which sounds as if it could be Tibet's Mount Kailash. The four passengers are given a meal and their own rooms by Chang, to whom they enquire about how to get to India.

Chang is a taciturn man, who answers few of the questions put to him, while still trying to make the visitors as comfortable as possible. He encourages patience and speaks of a group of porters who will arrive at the monastery in the near future and could guide the group of foreigners away.

The four quickly come to the realization that they will be spending at least the foreseeable future at the lamasery. And although Shangri-la initially feels like a prison, it is quite a well-appointed one, with modern plumbing, a vast and startlingly up-to-date library, harpsichord and conservatory, attentive staff and stunning panoramic views of the surrounding mountain scenery.

Conway takes to the lamasery quickly and easily. He is a man singularly suited to these environs. He was a British consul in Afghanistan, calm and observant, not quick to emotion or judgment, yet begrudgingly ready to take command in a pinch. He is also weary beyond his years due to having spent his young adulthood in the trenches of World War I.

The other characters are slower to adapt or to see Shangri-la as anything other than a jail. They are also archetypal and somewhat one-dimensional. Mallinson is young and tempestuous and distrustful of people and cultures he doesn't know. Miss Brinklow is a missionary keen to convert her heathen captors. Barnard is a chubby wise-cracking American, happy to be along for the ride.

The four are allowed to explore the lamasery and the village below, all while under the supervision of their handler Chang. Chang's appearance intrigues Conway: "...his smallish and somehow undetailed features, together with the moist clay texture of his skin, gave him a look that might either have been that of a young man prematurely old or of an old man remarkably well preserved."

The central mysteries of the novel are why the four passengers were hijacked and who is running the lamasery at Shangri-la. The characters themselves spend much of their time theorizing answers to these questions as well as wondering at the lamasery's Western library and furnishings. In time it becomes obvious that these are but two parts of the same mystery. 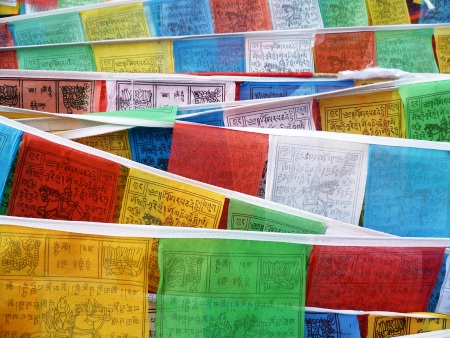 Conway is invited to speak with Shangri-la's reclusive high lama and the two get on well. Their conversations range widely and the enigmas of the lamasery are slowly unraveled, at least for Conway. And although these answers are central to the plot, just as interesting are the reactions of the four main characters to their confounding exile.

Mallinson's fervent desire to leave Shangri-la and return to the civilized world and tensions between Mallinson and Conway over a sad beauty of a Manchu girl named Lo-Tsen eventually force the plot to come to a head. The outcome is unexpected, with some questions left unanswered.

Lost Horizon is more than a Western novel about exotic and isolated Tibet. It also touches upon themes that are still resonant today. Hilton wrote amidst the financial devastation of the Great Depression and one of the characters is revealed to be a banker on the lam who lost millions of dollars of other people's money.

Conway's conversations with the high lama are compelling because they touch on the subject of a looming global war. Hilton could see World War II coming and his character, Conway, does as well.

Lost Horizon's weakest parts are its prologue and epilogue. Although they provide tidy bookends for the plot they feel largely superfluous and significantly less interesting than the rest of the book.

The story of what transpires in Shangri-la is where Hilton's narrative skills shine, offering the reader a story whose pages turn themselves. Stimulating the imagination with adventure and mystery without taxing it, Hilton weaves still-relevant topics into a story that rarely feels dated despite its age.

An article titled "In search of the real Shangri-La" on Lost Horizon and Shanghai-la was republished three days ago on the Telegraph:

"'The place described in the book Lost Horizon has never been disclosed, but we knew it was Muli and the surrounding area' - Xuan Ke, son of Joseph Rock's secretary who organised the translation of Lost Horizon into Mandarin in the 1970s"

There is, and was, no real Shangri-La.

The gravity-defying, floating Hallelujah Mountains in James Cameron's Avatar film franchise is also fictional, but based off of the majestic beauty of Zhangjiajie National Forest Park in Hunan.

Nature of the cosmos has continuously shown itself more miraculous than our human imagination.

Funny how the the centre of the miraculous cosmos seems to be China.

A bit on Joseph Rock and how his Yunnan exploration works may have influenced the ethos of James Hilton's Shangri-La:

That is a great book by Jim Goodman (which you linked).

Stumbled on Jim Goodman in Chiang Mai and told him that Rock book 'is a masterpiece'. He looked surprised, suspicious and maybe a bit glad soneone said so. Made me wonder if he ever got any (or enough) credit for his Rock exploration, or his books in general.

The Telegraph article was originally published in China Daily. Here is a link to the original article, "Where is Shangri-La?".

The article has a 20 minute video of author Simon Chapman's quest to find the place which inspired HIlton's novel, Lost Horizon. Chapman's conclusion? Yading Nature Reserve in Sichuan, as written about before the area had that name, by Joseph Rock in National Geographic articles of the 1930s.

The majestic mountains of Deqin borders both Tibet and Sichuan. Yading Nature Reserve is a mere ~80km away.

From a geological perspective, there are no imaginary provincial nor country borders separating mountain formations created millions of years ago, much less homo sapiens whom evolved much more recently to plot flags/names all over the lands.

Same can be said for The Grand Canyon in Arizona or White Cliffs of Dover in England. These epochal beauties are ancient, and have inspired countless poets and artists of all skin colors. All of whom, like you and me, are the embodiment of the cosmos as we reexamine ourselves. True "Shangri-La" resides in serenity of mind.

The answer to this 'where is shangrila' question, and 'who did Hilton get inspired by' is simple. Yet none seem to get it. When Hilton wrote that novel, there were already hundreds of books on west- and southwest mountainous areas of China. By travellers, explorers, ambassadors, missionaries, planthunters even people like A David-Neel looking for a backdoor to Lhasa. And most are a great read, much better than a fictional book. So of course, probably J Rock is one among those that inspired Hilton, who couldnt get to this inspiring area himself. Ezra Pound was inspired by Yunnan too. Hilton probably picked up missionary accounts too.

Then Hilton made up this fictional Shangrila picking a bit here and there; a bit of Muli, a touch of Mekong valley and so on. Is that really so difficult to figure out.

Muli is great btw, at least it was.