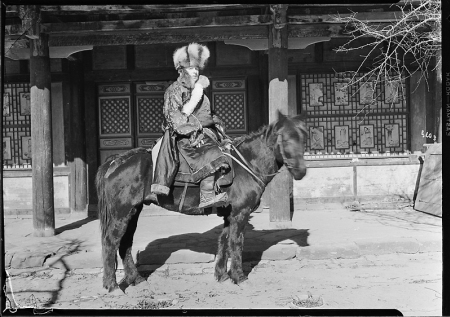 Warlords, bandits, hostile natives and treacherous roads subject to dangerous sudden weather changes – this was the situation in Yunnan and the rest of western China in the 1920s. The fall of the Qing Dynasty, followed by the turmoil of World War II and a civil war culminating in the founding of the People's Republic of China were around the corner.

The diary of botanist, explorer, photographer and ethnographer Joseph F Rock has provided posterity with some of the most detailed descriptions of some of western China's most remote settings during the 1920s, 30s and 40s.

The book Joseph F. Rock and His Shangri-La by Jim Goodman is an in-depth look at these changes through Rock's observant eyes. The 196-page book is also an intriguing look at this complex individual who came to China looking for chestnuts and ended up creating a large body of work about the Naxi people of northwestern Yunnan that is still used today. Additionally, Rock made major contributions to botany, gardens around the world and the world's understanding of western China in general.

As a boy, Rock, who was born in Austria but later became an American citizen, was smarter than most of his classmates and did not socialize with other children. During his youth in Vienna he read about China and began dreaming of someday traveling to the Middle Kingdom. Possessing a strong knack for languages, Rock taught himself to speak and read Chinese before ever setting foot in the country.

In Vienna, Rock was under heavy pressure from his father to become a priest, something in which he had no interest. He eventually left Austria, without his father's blessing. After bouncing around Europe for a while he ended up in North America, living in New York City, the Adirondack Mountains, San Antonio and Waco in the US, and Vera Cruz in Mexico before finding the place that suited both his interests and his poor health: Hawaii.

Hawaii turned out to be the launching pad that Rock needed to vault him into the social elite he'd been yearning to join since childhood. It was in Hawaii that Rock, who had only graduated from the equivalent of high school in Vienna, became a celebrated scientist, eventually becoming Hawaii's first official botanist. 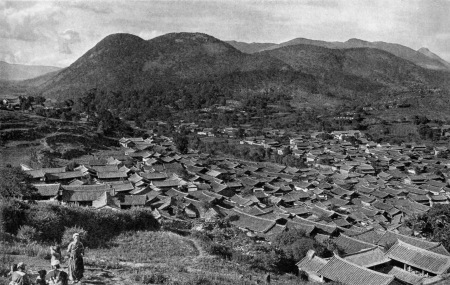 Rock's China dream finally came true when the US Department of Agriculture sent him to Yunnan to search for a blight-resistant strain of chestnut that was rumored to exist in the area. In 1922 Rock set off from Chiang Mai, Thailand for Lijiang, the place that would frequently serve as his base for exploration and research until 1949.

When traveling around China, Rock was typically accompanied by an entourage of armed soldiers, muleteers and other assistants including a cook who prepared his European meals daily – Rock rarely ate Chinese food. In addition to European cuisine, Rock often had a rubber bathtub in tow on excursions, allowing him to indulge in the very European luxury of a hot bath. 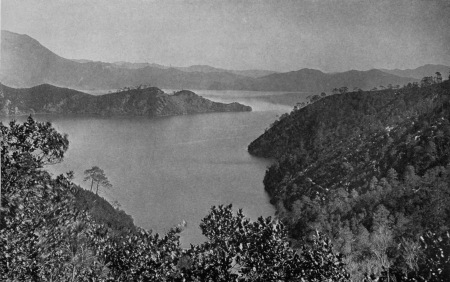 During his time in China, Rock explored much of northwest Yunnan as well as the Nu River Valley. He also spent time in Yongning near Lugu Lake as well as Sichuan, Gansu and Tibet.

In the field of botany, Rock made major contributions to understanding of the plants of Yunnan and elsewhere in southwest China. Harvard University's Arnold Arboretum contains 197 specimens taken by Rock between 1923 and 1932.

Rock paid his workers well, but never ate with them, which they found odd. He always maintained an air of superiority wherever he went, and chose only to socialize with the local leaders and elite wherever he went. He was generally well-received, whether it be by the King of Muli, a Living Buddha, the prince of Choni, or the head magistrate of Yongning. Rock told these political and cultural elite about the outside world and was rewarded with often unfettered access to local historical archives and the people themselves.

As a botanist, Rock's thorough notetaking and his skill at taking and developing photographs in the field translated well into his next endeavor: ethnography. As Goodman notes, Rock saw a unique culture in Naxi Lijiang that was still intact but was already beginning to die out. He began jotting down everything he could about Naxi rituals and the dongba who performed them, as well as taking many photographs.

After having previously written a story for National Geographic magazine, Rock introduced Lijiang's dongba culture to the world with his article "Banishing the Devil of Disease Among the Nashi: Weird Ceremonies Performed by an Aboriginal Tribe in the Heart of Yunnan Province" in 1924.

The article established Rock as the preeminent expert on the Naxi. In his research of the Naxi, Rock seized an opportunity to create a historical legacy for himself while also preserving the doomed ancient traditions of the Naxi people. This also gave him a reason to continue being based in Lijiang, where he hoped to live the rest of his life. 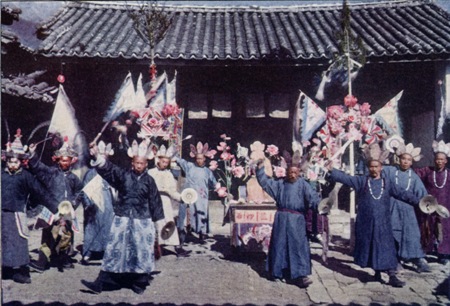 Rock's thorough nature and gift for languages led to another project, a 1,094-page dictionary of the Naxi language that explained the ideographs that are unique to the Naxi script. Now out of print, it is still considered the authoritative work in its field.

There was no shortage of challenges for Rock during his time in China. Fighting between regional warlords in Yunnan and Sichuan was almost constant, so paying attention to which way the wind was blowing was important. Fighting between ethnic groups like Tibetans and Hui was also a concern, as were flareups of anti-foreigner sentiment. Rock often had to change plans due to these external factors.

He also had personal health issues, but just as bothersome was his difficulty in securing long-term financial sponsorship for his time in China. In addition to the US Department of Agriculture and National Geographic, Rock also spent some time on Harvard's payroll and contributed some of the first samples from Yunnan to Kew Gardens in the UK. Inflation, political instability and too many currencies in western China all strained Rock's funds.

In his book, Goodman paints a clear picture of Rock as a loner with no interest in or capacity for personal relationships. Living a life of almost no meaningful personal relationships, Rock's diary became if not his best friend, then at least his only confidant. It is through his decades of diary entries that we know so much about the man who almost always managed to hide behind a veil of control and unshakeability in public. 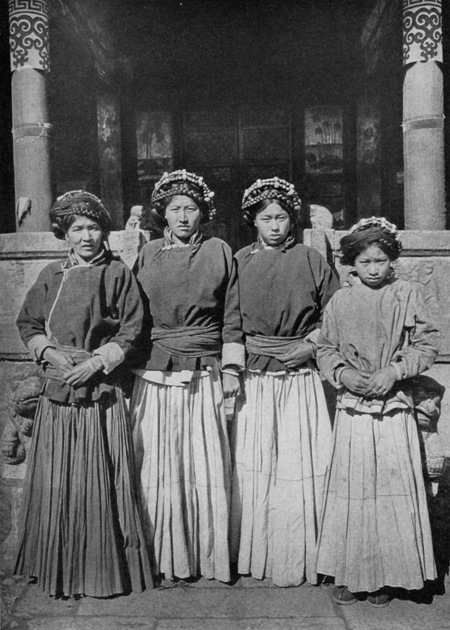 Joseph Rock's story is fascinating in its own right, but in Goodman's book Rock shares the stage with a formidable supporting cast. Goodman's extensive knowledge of the geography and ethnic groups of Yunnan and surrounding areas adds considerable color and useful background to Rock's experiences in China.

Rock himself is almost upstaged by his own photos of people and places of western China as they once were, which are found throughout the book and add fuel to the fire of the reader's imagination. Rock's skill at photographing landscapes and people are evident in the images selected for this book.

The places in Goodman's book also come alive, especially Kunming, which went through a massive period of growth during Rock's decades in China. This book is worth the read for anyone interested in learning about many of the trends and events that shaped Kunming into the city it is today. 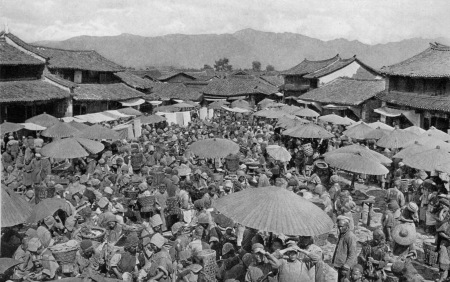 Elsewhere in Yunnan, there is plenty of detailed and interesting description of how the towns of Jinghong, Simao, Baoshan, Dali and Zhongdian once were, but the two places that receive the most attention are Lijiang county and Yongning. Likewise, the cultures that are explored the deepest in the book are the Naxi and the Mosuo.

The book does fall short on occasion, switching between different romanizations for some place names such as Hejiasi/Hochiasi, Jiang Jieshi/Chiang Kai-Shek. Our copy also contained a couple of instances in which page order was incorrect and a bit of flipping back and forth was necessary. Lastly, there is no index, which would be useful in a book as packed with interesting people and places as this.

All told, the book's weaknesses are few and are far outweighed by its strengths. Goodman's look at Joseph Rock is an excellent overview of one of the last of the old-school explorers and the times that shaped him. 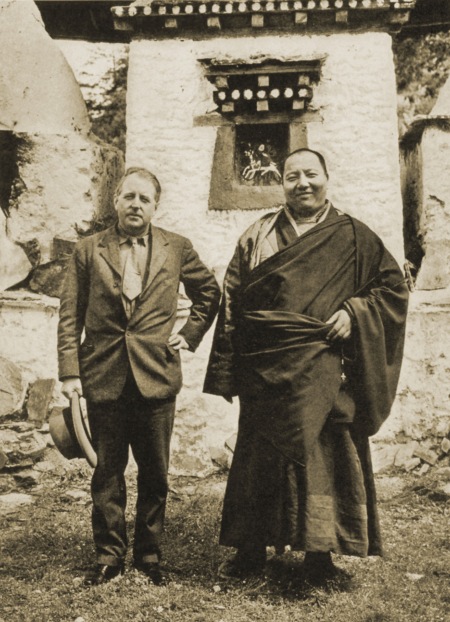 Rock with the King of Muli (r)

Joseph F. Rock and His Shangri-La by Jim Goodman by Caravan Press (2006) is available in Kunming at Mandarin Bookstore on Wenhua Xiang for 180 yuan. It can also be ordered online at mandarinbooks.cn.

I'd be interested to know whether Rock met Gullart, the author of "forgotten kingdom" since he was in Lijiang during the fourties. I didn't see the mention of any foreigners crossing Lijiang in Gullart's book.

According to Goodman's book they did cross paths, and Rock was not very fond of Goullart.

Goullart mentions Rock a couple times in _Forgotten Kingdom_ a couple times. He always refers to him formally as "Dr Joseph Rock."

Goullart's books like _Land of the Lamas_ or _Forgotten Kingdom_ are quite interesting in their own right. Goullart also deserves a bio, but I suspect it'd be harder to research.

Yes, Rock and Goullart were known to each other. Just look at the start of Forgotten Kingdom and see who the book is dedicated to.
They both left China in 1949 on the same plane.

Yes, Hello, I would like to know if you have any information on whether Joseph Rock knew my grandfather Capt. John Herman Spiller. He was also in shanghi and taught at the university of Hawaii the same time Dr. Rock did.