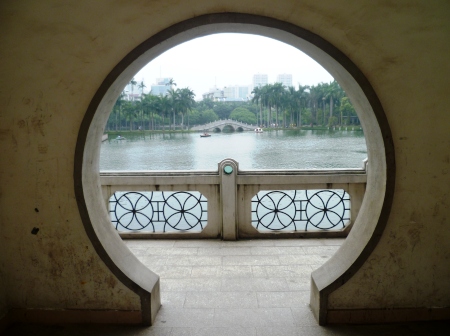 The idea of heading to a major Chinese city for a relaxing weekend or few days may seem counterintuitive, but Nanning is not a typical Chinese city.

Easily accessible from Kunming, the city of Nanning is one of southwest China's best-kept secrets. Green, clean, civilized and pleasant, it is one of the country's most chilled-out and friendly big cities.

We took a one-hour flight to Nanning this past Friday to participate in the International Association of Athletics Federations World Half Marathon Championships. We didn't win or set any records, but the 21 kilometer (13 mile) race was a good chance to see some of the world's top distance runners, with Kenyan runners winning both the men's and women's races.

The race was also a great reintroduction to the 'Green City', with the course winding around downtown and plenty of locals cheering on the sidelines – and running in the race itself.

Capital of Guangxi Zhuang Autonomous Region and located between Guilin and Vietnam, Nanning is an interesting mix of peoples and cultures. Walking down the city's wide boulevards or narrow alleys, alert ears will notice that aside from Mandarin Chinese, there are plenty of people speaking Cantonese, as the city is on the western fringe of the Cantonese sphere of influence.

The other prominent language is Zhuang, which is part of the Tai language family, which also includes Thai and Laotian. Not only do many people in Nanning speak Zhuang, official signs throughout the city also prominently feature the language.

If Kunming is China's Spring City, then Nanning could be considered its Summer City. The city is usually warm, but rarely unbearably hot. In the summer months Nanning can get quite hot, with average daily highs around 33°C (91°F) in July and August. Winters are very mild, with nighttime temperatures tending not to dip below 10°C (50°F). 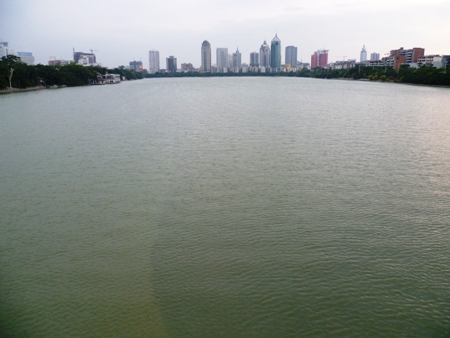 Nanhu Park borders a long narrow lake that stretches from southwest to northeast in the heart of downtown Nanning. Once polluted and malodorous, the small lake has since been rehabilitated and is now a magnet for runners, walkers, sitters and chatters.

Several years ago, the Nanning government spent large sums of money to import tropical trees from around the world, which were planted throughout the park. At the time, many Nanning residents voiced their displeasure about the spending of public funds on a bunch of trees, but after years of growth the trees now block out the surrounding city, creating an urban oasis.

Throughout the city there is a good selection of Chinese food, with Cantonese, Sichuanese, and northeastern cuisines being the most popular. As for local dishes, the most popular is fen (粉), flat rice noodles in a meat broth with chunks of meat and vegetables and a do-it-yourself selection of herbs and spices.

Some theorize that fen is the ancestor of the better-known noodle dish pho, eaten in Vietnam. Regardless, Nanningers are crazy about their fen and can eat it any time of day, from early morning to late at night. Wherever you go in the city, you're never far from a bowl of fen.

In addition to Nanhu Park, there are several other parks around Nanning where one can enjoy the outdoors and get some exercise. People's Park (人民公园), the other major green area in the city center, has a large hill and a small lake of its own and is packed with people every weekend.

Shimen Park (石门公园) and the park atop Qingxiu Mountain (青秀山), both to the east of downtown, are also sizeable green spaces with plenty of hills and trees and local people kicking back and shooting the breeze.

If you have some time to spare during the day, a trip to the Guangxi Zhuang Autonomous Region Museum is one of the best ways to gain a quick general understanding of the region's history and its peoples. Behind the museum there is a small park with replicas of traditional architecture found throughout Guangxi.

It may not have the nightlife of other southwestern Chinese cities, but there is still plenty to do when the sun goes down in Nanning. One of the better areas to get dinner is behind the Admiral City mall in the city's northeast. This area has several of the city's best Chinese restaurants, whether you're in the mood for hot pot, dumplings, Sichuan cuisine or dim sum.

Admiral City also has some international restaurants including a Japanese restaurant with a daily all-you-can-eat-and-drink special and The Here (这里), a laid-back locally owned Italian restaurant that makes delicious pizzas, pastas, breads and salads. 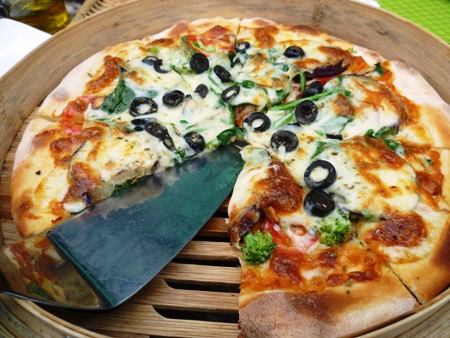 After dinner, there is a handful of options for drinks or entertainment around Nanning. The Book Nest, a bookstore located a stone's throw from The Here behind Admiral City, has a large selection of Chinese books, several shelves of English books, a small café and even a mini-theater upstairs.

There is a smattering of clubs around the city, but if a standard sit-down bar is more your style, the bar strip on the west side of Nanhu Park is the best option. Home to several small bars with outdoor seating, this area is usually hopping until twoish most nights. One of the more interesting bars in this area is Mancheng Bar (漫城酒吧), a small dive bar with a second-floor view of Nanhu Park, an eclectic off-the-beaten path musical selection and some of the coldest beers in town.

All told, Nanning is a pleasant place to get away from Kunming for a few days or even longer. Hotels in Nanning tend to be middle of the road, with most standard rooms running between 100 and 300 yuan. 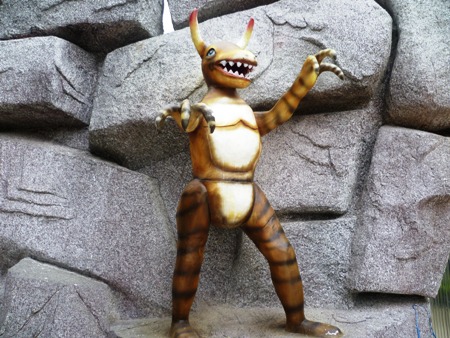 The best food street I have seen in China. During the day its a normal small road, after 6pm the road is blocked and you get everything...
From Local HotPot's to Crocodile Steaks - or just a cold beer and watch the mass pass by. Excellent food and entertainment!

Normally, I really like the "Getting Away" feature on GoKunming...but I feel like we might be scraping the bottom of the barrel here. I had some new and exciting noodles there - tasty, I'll grant you - but I speak from experience when I say that Nanning is the place that fun goes to die.

I'm a bit late, perhaps, and biased, perhaps, because I haven't seen a proper big city since I left Kunming on my bicycle trip. But I'm positively impressed by Nanning after only one night. Green streets, air quality good, weather nice and warm in winter, big food streets at night, a selection of nice bars, and everything the western heart wants in terms of coffee, restaurants and bars.

In that aspect, it's doing better than Kunming. Con: it sprawls on forever and wouldn't make a good city to start bike rides from. You'd have to conquer forty km to get out of it first.