‘My Fair Lady’: an amusing tale of a social experiment, with 10+ songs!

The ‘My Fair Lady’ story, originally known as ‘Pygmalion’, was written over 100 years ago by George Bernard Shaw, the successful English dramatist said to be second only to Shakespeare. Despite it coming from another era, the story raises issues still burning across the world today, including class division, mobility between social classes and gender inequality. It also asks the question ‘what makes someone truly high class and noble?’

The story is about a social experiment in which an arrogant upper class professor of phonetics trains a working class girl who sells flowers to speak, dress and act like an upper class lady. His aim is to pass the girl off as a high society gal at a ball to be held within a foreign embassy, without any of the other guests at the event suspecting otherwise.

The entertainment largely comes in the form of the 10+ songs in the show, the attempts to mimic a variety of English accents and the comedy generated when such a diverse range of characters with wildly different perceptions of each other try to relate. [Next sentence deleted from here] Plus this version of the story features the original ending as found in Pygmalion, not the movie version ending.

‘My Fair Lady’ will be performed in the auditorium of Kunming International Academy (KIA), Hupan Zhimeng Xiaoqu, Guangfu Lu. The general recommended minimum age for this show is 9 years.

There will be an intermission and concessions will be sold. The show will end after 9:00pm. 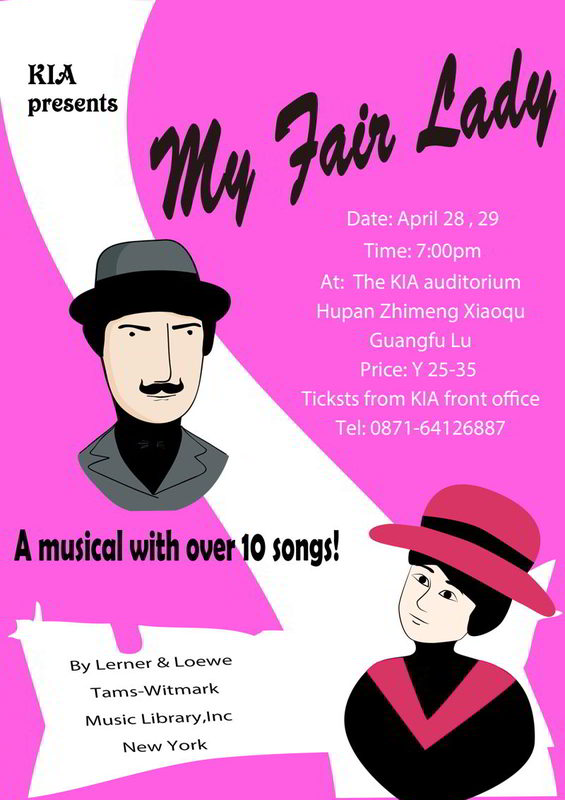 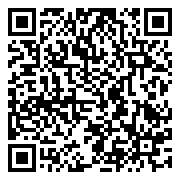