Butoh is a form of Japanese dance theatre that encompasses a diverse range of activities, techniques and motivations for dance, performance, or movement.

Following World War II, butoh arose in 1959 through collaborations between its two key founders, Hijikata Tatsumi and Ohno Kazuo. The art form is known to "resist fixity" and is difficult to define.

Notably, founder Hijikata Tatsumi viewed the formalisation of butoh with "distress". However, with time, butoh groups are increasingly being formed around the world, with various aesthetic ideals and intentions.

Butoh master Yukio Waguri is the disciple and main male dancer of Butoh’s founder, Tatsumi Hijikata. Butoh notation (Butoh-fu) is a method of choreography that uses words to create an imaginative time and space, physicalizing imagery through words.

During the workshop, we will plunge into the world of Butoh-fu, seeking a visceral and poetic connection through its refined bodily perimeters. 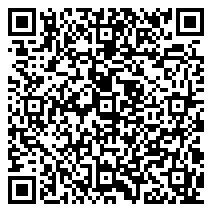