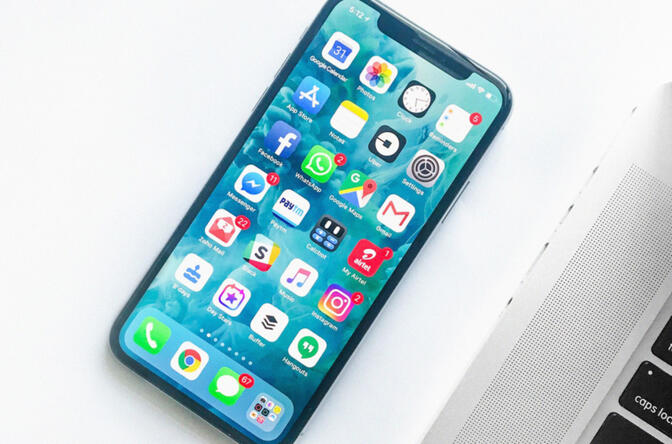 The founder and CEO of technology giant Baidu sparked controversy last week during a talk with attendees at one of China's largest economic forums. During his comments, Robin Li explained that mainland internet users are less concerned about issues of privacy than others across the globe. The reaction online inside the country was immediate and mostly negative.

Li was speaking at the China Development Forum, an annual economic event this year held in Beijing. The forum aims to bring together government policymakers and many of the wealthiest and most influential people in business world. When the issue of data protection came up — especially prominent since the disclosure of Facebook's recent struggles — Li said, in part:

I think that the Chinese people are more open, or not so sensitive, about the privacy issue. If they are able to exchange privacy for convenience or efficiency, they are willing to do so in many cases...[We will] make the use of data beneficial to data owners and make them willing to grant the right to use it.

In a country where computer and mobile applications like WeChat are omnipresent and access tens, if not hundreds, of millions of users' data daily, Li's comments struck a nerve. Online message boards lit up with derisive comments. One of the more popular related posts on microblogging service Weibo read, "It is a great sorrow that such a person is regarded as a key opinion leader in his industry".

According to a report published by state media outlet People's Net, other netizens labeled Li's assertions "shameless", "cheeky", "despicable" and "nonsense". But despite the outpouring of negative remarks and the ensuing weeklong online conversation, internet privacy advocates in China face an uphill battle.

The country's big three technology companies, Baidu, Alibaba, and Tencent — often simply referred to together as 'BAT' — work closely with Beijing. All three corporations are currently testing and fine-tuning their own 'social credit' systems. When fully implemented in 2020, these government-initiated ranking programs will use big data analytics to assign a 'score' for every Chinese citizen.

Results will be based on criteria spanning five broad categories — compliance, security, wealth, shopping, and social connections. Online spending habits, search histories, interactions with other netizens, debt management and other factors will be used to rank China's 1.3 billion citizens. Although details remain murky, those with low scores could face restricted travel options, less-desirable job opportunities and limited access to loans and lines of credit, among other penalties.

Add me to the list of people who despise the attitude of the CEO of Baidu.

It would be easy to pass him off as a sychophantic, cretin, we're going to see lots more of them. But he might actually believe what he's saying,

I don't think the CEO of Baidu means what he says or says what he means. Orwellian double-speak is a beautiful thing.

The Chinese internet may have lit up - but the fact still remains - what he said is probably true - otherwise we'd have seen a mass exodus from WeChat, Alipay, and Baidu.

As for the government ranking systems - it's a social engineering experiment designed to test cultural and behavioral engineering on a grand scale. Don't like it - go offline and off-grid and start prepping a la US preppers (prepare - preparing for the breakdown and implosion of government and society - bunkers, arms, supplies, self sufficient compounds etc.

@Michael, it seems a bit of a jump from wanting to keep some privacy to going full metal jacket.

"...If they are able to exchange privacy for convenience or efficiency, they are willing to do so in many cases..."

In my world I did this a long time ago. I realized that I was doing this to some degree when I signed up for my first email account and online shopping. Over the years I have seen my privacy eroded as convenience and efficiency increased. Admittedly I was a little surprised by how far this has gone, and how the data has been used (post Cambridge Analytica revelations), but I knew that I had crossed the Rubicon a long time ago.
Since moving here, I also accept, grudgingly, that I am being surveilled, but to go off grid would inconvenient and inefficient.

As distasteful as the situation given by Robin Li is, I think that he is not that far wrong, in his assessment; note that he does not say it is right, just a fact. As for the the online reaction? nobody likes to be reminded of bad news.

@tiger: good post. I spend a lot of time offline. No, it's no real solution. The internet seems to belong to somebody else: Surveill, predict, control, program.

No, the internet belongs to the masses. Prior to the internet, it was hard to have your voice heard without getting published. Now anyone can set up a web site and get their message across (or on forums like this). Most of this surveillance is more for a spook factor than anything else. Consider this bit of fake news: Mark Zuckerberg claims he put a piece of tape on his web camera for fears it was spying on him. Yet, the real issue is people wasting time on Facebook posting stupid nonsense when they can be using the internet for more intelligent purposes. And the other issue is that people are still paying way too much attention to fake mainstream news (like this) instead of reading blogs of intelligent independent folks with no hidden agendas.

..how come posts get deleted for pointing out obvious discrepancies between what folks say and what they do?