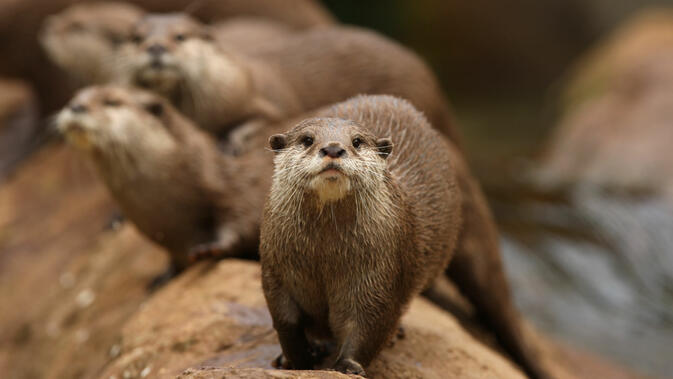 Otters are often filmed by nature programs because of their playful and cute appearances. But six million years ago — in what is today southwest China — the animals were quite a bit more formidable. A recently released fossil study authored by researchers at the University of Buffalo finds that when these mammals roamed the earth, they were bigger and more powerful than wolves.

The research team worked with a complete skull and jaw of Siamogale melilutra, a 50-kilogram otter that lived during the Miocene era. The study, entitled Feeding capability in the extinct giant Siamogale melilutra was published November 9 in the journal Nature.

While the report is largely concerned with jaw mechanics and power of this giant otter species, it offers insight into what life may have been like in Yunnan all those millions of years ago. Lead author Jack Tseng imagines a world where S melilutra had the ability to dominate. At that time, much of southwest China was covered in swamps and forests, with little in the way of enormous predators. 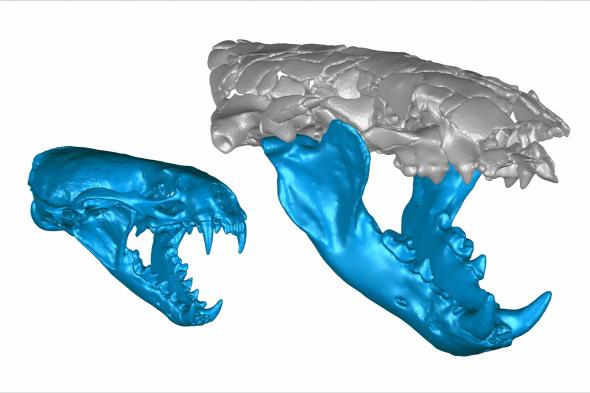 3D reconstructions of a roughly 7-kilogram common otter (left) and that of the 50-kilogram Siamogale melilutra (Image: Jack Tseng)

Using 3D simulations and comparing the specimen to modern otters, Tseng and his team estimated the size of S melilutra, next focusing on the strength and crushing ability of its jaws. Speaking on Public Radio International's show The World, Tseng explained:

If you were to see this otter — six million years ago — in the southern Chinese forests, it probably would've looked like a hybrid between a wolf and a wolverine [...], a large creature with a massive head [...] with teeth that are nothing to be messed around with because they are very robust and very powerful.

Although the otter most likely lived on a steady diet of large clams, Tseng says the jaw alone points to the animals being at or atop the local food chain. "As far as we know, there's no other large predator [...] from that paleo-environment. So this animal could have been the apex predator — essentially consuming anything it could get its mouth on," he said.

The fossil was unearthed in Shuitangba (水塘坝), near the northeastern Yunnan city of Zhaotong (昭通). The region routinely makes it into the news with interesting fossil discoveries, including one of the oldest fish ever found and a mastodon skull suggesting the animals first appeared in Asia and not North America.

So otters were "apex predators"? What about T-Rex?

"Bigger and more powerful than wolves?" WTF?! Look at that ferocious set of cutlery. So much for cuteness.

Just saw a Youtube video of a pack of tiny, adorable otters trying to take down a zoo keeper. Vestigial predatory instincts on full display.

Okay, so these prehistoric otters are more massive... especially compared to the wolves (Canidae lineage) of the Miocene era: