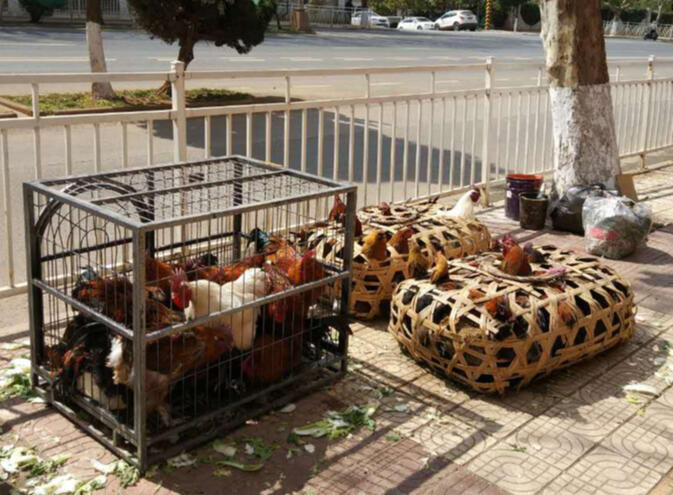 Reports of two flu-related fatalities in Yunnan over the past few weeks have once again raised awareness of, and concern about, the bird-flu virus. As news of the deaths broke, provincial officials were quick in their attempts to quell any possible public alarm, issuing statements on radio, television and print media stressing the situation was completely under control and people had "no reason to panic".

In general, the government reaction appears warranted regarding the H7N9 avian influenza virus. Yunnan has reportedly experienced a total of only two bird flu infections since the beginning of 2017, both of which unfortunately led to death. The two victims were a young woman and her three year-old daughter.

The pair of Kunming residents and their family spent the Spring Festival holiday in eastern China's Jiangxi province, and during the visit had contact with domesticated poultry, according to a report issued by the Yunnan Health and Family Planning Commission (YHFPC). The mother fell ill first, but eventually passed away two weeks after contracting the virus. Her daughter died a week later.

Doctor Wei Jia (韦嘉), an expert on infectious diseases at YHFPC, has appeared in public service announcements describing the illness. In an interview he explained family members and close friends of the victims have all been tested, with none testing positive for H7N9. Furthermore, says the doctor, the screenings produced no evidence of human-to-human transmission, which is a crucial distinction when considering possible large-scale outbreaks.

Chinese health authorities say the country experienced 192 cases of human H7N9 infection in the month of January, 79 of them proving fatal. Those numbers represent a slight increase over December. The provinces of the Pearl and Yangtze river deltas — specifically Zhejiang, Hunan and Guangdong — have been hardest hit, and combine to claim the majority of total instances.

In response, many cities in those three regions, as well as Sichuan and Anhui, have temporarily banned sales of live poultry. Yunnan authorities have not considered such a move, largely because no indigenous H7N9 cases have been documented in the province.

Instead, health officials here are urging a calm and rational response, suggesting people wash their hands regularly with hot water and soap, cover their mouths when coughing or sneezing, exercise regularly and sleep more than usual. In the words of Dr Wei in his public service announcement, "H7N9 has been in China since 2013 and does have pathogenic characteristics...But it is entirely preventable".

Why don't they ask people to stop spitting/snotting?

@Nailer because it doesn't spread from human to human

ha. missed that bit. in general though why dont they? i've seen signs around giving health advice from pregnancy to cpr, but not anything about spitting?

@ alien, so it's just ignored. i heard its a TCM thing?

I think TCM medical theory may be part of it, but I don't think all the blame should be put there. It's a rural habit that is slowly decreasing within Chinese cities. Could decrease a little faster, as far as I'm concerned, but you certainly see less of it than, say, 13 years ago.

PS Don't know how much connection there might be between spitting and avian flu, but I don't think there's much.

Apparently, in Kunming, live poultry sales will be prohibited within the second ring road as of March the 1st.