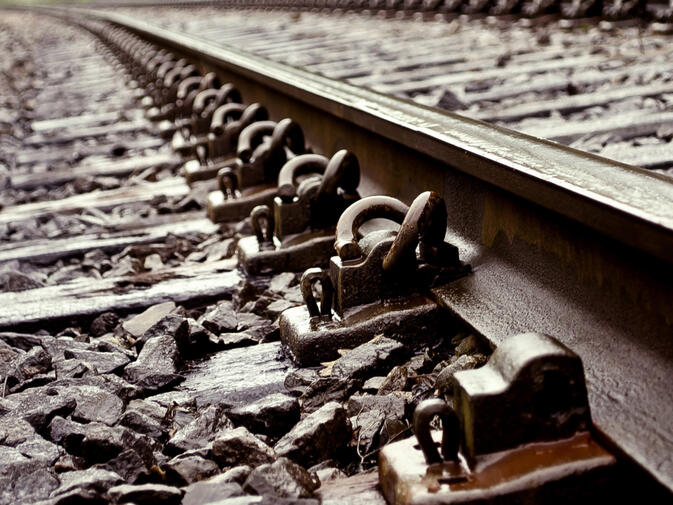 China's Belt and Road initiative radiates out from the Middle Kingdom in nearly every direction. However, perhaps nowhere are the country's ambitious plans for regional trade and economic dominance more concentrated than in Yunnan. The latest step in transforming the provincial capital Kunming into a transportation hub for South and Southeast Asia got underway November 30 in the form of a freight train.

Loaded with 500 tons of "commodities", the train departed Kunming Train Station on a Wednesday, its cargo's ultimate destination a port in Pakistan's largest city, Karachi. The shipment, although modest, represents one part of the sprawling Chinese economic and trade strategy commonly referred to as the Maritime Silk Road.

The train departing from Kunming represents a new but convoluted trade route, the type which Beijing routinely characterizes as a way to "increase regional interconnectivity and stability through mutually beneficial, win-win cooperation". The train is destined first for Guangzhou, where its cargo will next be loaded onto a container ship bound for Karachi.

While this represents the first time Yunnan-produced goods have been shipped to Pakistan in this manner, it has the serious drawback of time. Sailing between the two international ports covers more than 5,000 nautical miles and takes 21 days. However, for Yunnan it is an opportunity to send goods west while eschewing expensive air freight costs. The roundabout route reportedly saves companies 50 percent on current shipping costs.

Publicizing the new "land-sea" route may mean more for China than simply increasing foreign trade. For almost two years, Beijing has pushed Islamabad on the quick implementation of the China-Pakistan Economic Corridor (CPEC). The new Kunming-Karachi shipping route then, is more a show of good faith on the part of the Chinese government, as well as a subtle prod to Pakistan to speed up its CPEC work.

The projected cost of all facets of the CPEC project total US$51 billion — or more than 15 percent of Pakistan's annual gross domestic product. One aim of this ambitious project is to connect Pakistan's southeast ports, first with the Chinese province of Xinjiang through Kashgar (喀什), and then to cities in China's other western provinces. At the same time, consortiums of Pakistani and Chinese firms are upgrading the country's railway infrastructure, building new highways and laying natural gas and oil pipelines into China that are hoped to reduce the Central Asian nation's persistent energy shortages.

However, the largest sticking point in any overall progress will undoubtedly be building a railway from northeastern Pakistan into China. The projected route crests a section of the Karakoram Mountains near the 4,700-meter high Khunjerab Pass. Such a feat of engineering will be years in the making.

For more than a decade, Beijing has been pushing Yunnan to increase its reach into neighboring and nearby countries. While the new land-sea link to Pakistan does represent some progress on this front, larger goals are on the horizon. The Bangladesh-China-India-Myanmar trade corridor still looms large in Yunnan's economic future, as does the oft-delayed and long-planned Kunming to Singapore Railway, and to a lesser extent the CPEC.

Hi Patrick, Nice article. However, there are options to your 90-hour trip via Urumqi: 80 hours via Baoji, or 76 hours via Turpan. No reason to take a detour up to Urumqi.

There will be much faster ways within about two years, if rail construction stays on schedule. —Fred

Wait, do what happens when the train reaches Kashgar? The goods transfer to trucks? That's not really a "train to Pakistan", is it?

Kashgar and the Pakistani cities of Gwadar and Karachi are connected by train now. No trucks.

Where does this RR line run? First I've heard about it.

No train leaving Kunming will get to Pakistan on the Khunjerab Railway for a number of years, as it has not been built yet. Note presence of Pamir Mts., through which the present highway runs.

@Geogramatt: I take back my previous comment and am doing further research on what is actually happening. The Chinese and English-language source articles are all vague, but I went back and did more checking and it seems utterly impossible a track connecting northeast Pakistan to China will be finished any time in the foreseeable future.

My apologies to our readers for misstating the situation, and when I have a clearer understanding, I will update the article and leave a note here. :(

Hey, man, you go take a look at the Pamirs and you'll see what the problem is!

Common problem in China. Things are represented as actual being there while they are still in the planning and building stages.
Depending on your phone navigator you might be routed over roads which are still under construction. Especially Apple is doing this.
I have quite some maps which roads on it that are simply not there. They is no indication that they are still under construction.

@ Lemon: Yeah, there is a tendency to imagine that once we're all in agreement and the plans have been made, the job has been done.

The article above has been completely rewritten. My apologies to GoKunming readers for publishing erroneous information in the first place.

There is currently no railway linking Pakistan, Xinjiang and Yunnan, nor will there be for several years.

If the South Asian governments would ever stop blithering at each other (don't hold yr breath) and focus on improving the practical situation of their peoples, the shortest and most practical route to Karachi would be via Myanmar, Bangladesh and India.