Forecast for Kunming's next subway line: Wait and see 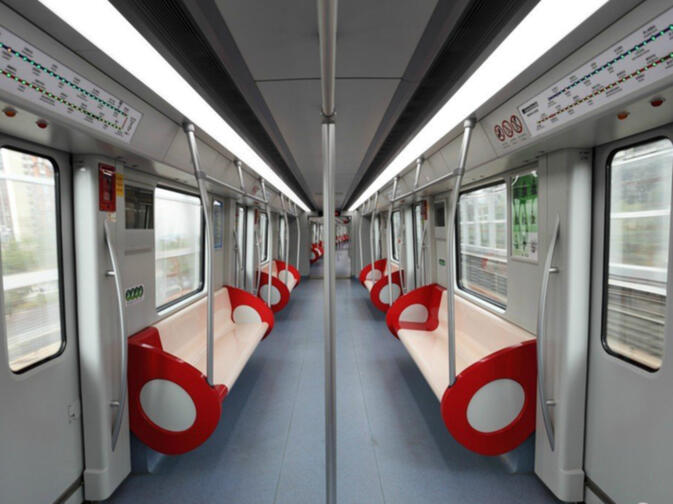 Kunming's subway system, if it can actually be called that, is a topic of much discussion among Spring City residents. The existing three lines, which in all honesty are one very long route and an airport shuttle, only service areas along a slim north-south corridor. Promises have been made regarding a connected east-west line, but those timetables have been discarded. The most recent news surrounding the progress of Metro Line 3 generally comes down to this — please wait patiently.

Work on Metro Line 3 was first announced way back in 2010. It was designed to run for 19.5 kilometers from a terminal stop at Xishan Park Station (西山公园站) to the city's East Bus Station (东部汽车客运站) through a total of 19 stops. It will then connect with the existing but severely truncated Metro Line 6 and Changshui International Airport.

Those details have not changed over the intervening six years. However, the original projected completion date of 2016 has been pushed back months, and the line is now expected to go into operation sometime "in the first half of 2017".

Unsubstantiated internet rumors have blamed delays on the city running out of money to fund the project — which carried an original price tag of 11 billion yuan (US$2.3 billion). Cost overages are no doubt a serious problem, as Kunming media outlets reveal the presence of dense basalt deposits in the path of multiple tunnels routinely hampered progress.

Subterranean passages have now been completed along Line 3, and full-scale construction of all stations and their adjoining tracks are reportedly underway. Such work encompassed "Phase I" of the project. The second phase includes finishing work on 15 under-construction stops located between Shizui Station (石咀站) on the northwest shore of Dianchi Lake, running through downtown Kunming, and ending at the aforementioned bus station. "Phase 3" is a trial and testing period before regular service for the public begins.

When complete, Metro Line 3 will not only connect to line 6, but also link up with Lines 1 and 2 at Dongfeng Square Station (东风广场站). In the not-to-distant future, according to an optimistic article first posted on Yunnan Net, Line 3 will also feature transfers to lines 4 and 5. Commuters should probably expect the wait to last awhile, as survey teams only began "mapping and tentative exploration" of the Line 5 route last week. 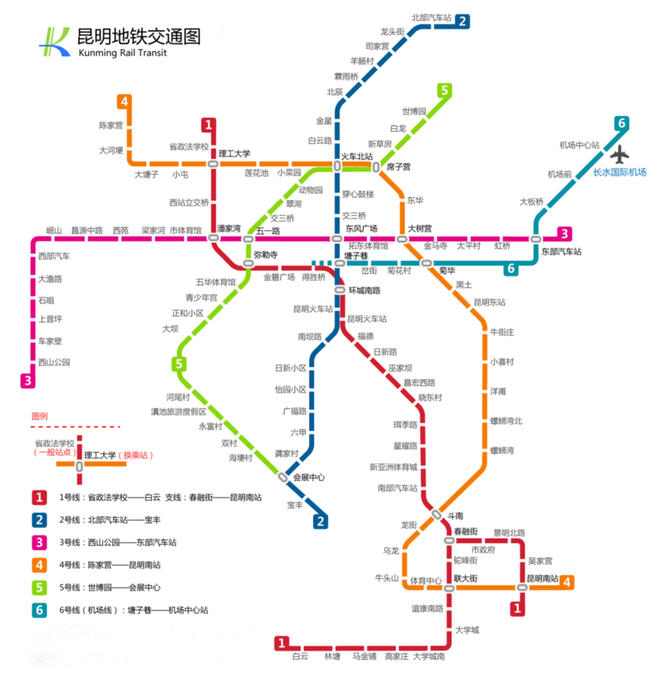 by the time this is finished i will have my harp, and people will have cars like the jetson's

"as Kunming media outlets reveal the presence of dense basalt deposits in the path of multiple tunnels routinely hampered progress."

This has been known for years and years. In the early 2000s, people were holding this up as the reason why Kunming would never have a subway.

I'm guessing engineers brought it up in their time and cost projections, and the officials in charge ignored them. You don't start digging long tunnels underneath a city without taking a look at what the ground is made of.

One of the starting requisites has to be the ground samples in any plan for a subway line and then making any problems part of the planned time. Or maybe I'm just being silly, sure a qualified Chinese engineer would know best by just starting digging and hope for the best.

When they do finish though, this will be so great for the city and me :o)

dont assume it was a corner that wasnt cut

Despite the problems, I am still very impressed with the speed at which this line is being built. As I've mentioned before, in Toronto they've been promising extra subway lines for decades.

This article pretty much confirms what I suspected about line 5. At this stage, it's still possible they could pull the plug on it. I don't seem them finishing it by 2017 as originally envisioned. I'm even skeptical it could be ready by 2020.

there is more chance of getting a man to mars first

So will the metro actually stop at the train station one day? And not that cruel joke they call huo che zhan.

@Alex: yeah, I find that annoying too.

Alex and Alien - I think you have the 2014 attacks to thank for that - they built the subway planning to use the south entrance, then decided for security reasons to have everyone enter through the north side. I agree that it totally sucks, having to walk for what seems like miles with your bags around the outside of the station.

security at the station sucks. i can drive a car in fully loaded and park it. they do a search, a quick look in the trunk. if you have stuff there they never question. unless you have a box with bobm written on it with wires hanging out they would do nothing. on the other had i cannot go down to the carpark on foot with luggage, my guest has to wait at the top of the ramp while i call the driver to come up. then there is a traffic jam of people picking people up at the top of the ramp. the great gimaldi would love it.

@tigertiger: I thought the only reason Chinese built stuff was in order to tear it down not soon after? I was in Chenggong last week and they were tearing up a whole street or concrete which looked like it had only been laid a year ago.

'tearing down existing buildings, in many areas, can be controversial"

controvertial if pulling down expensive real estate especially if owned by corporations. not controvertial if they are tearing down working class areas of low rent commercial

Underground you've got to dodge building foundations, no?

no. too deep mate. thats the point. sigh